The Central Bank has intervened dramatically into the nation’s banking sector lowering the amount of interest banks can pay depositors in a bid to stimulate the economy, the Weekend Observer can reveal.

The new changes will cap the interest paid to new depositors at commercial banks at 3 per cent. They have been designed to support the Government’s aim of increasing economic stimulus by discouraging saving and encouraging taking out loans and investing, will take effect on 1 December.

But economists have warned that the success of the bold policy intervention will depend on how household savers react to the new restrictions.

Those who will look to save their money banks with the expectation of making money through interest could shift their money outside banks in search of higher returns, undercutting the policy.

The Governor of the Central Bank, Maiava Atalina Ainu’u Auelua last month outlined the changes in a letter to all the country’s commercial banks dated 28 September.

"The economy is moving into a depression (at least 8 consecutive quarters of negative growths or at least negative 10 per cent of a decline in real Gross Domestic Product,” she said.

“We, therefore, need to do more to minimise these impacts on our people and their livelihoods.

“To complement these fiscal [stimulus] efforts from the monetary side, an agreement by the commercial banks to [cap] deposit interest rates at a maximum of 3 per cent.”

The Governor makes clear that the move will not affect existing term deposit holders and apply only to new and re-invested term deposits.

The A.N.Z. bank's regional Country Manager for Samoa, Tonga and the Cook Islands Bernie Poort said this will have a significant impact on the bank.

“On a deposit of, say, a million dollars banks will currently be offering interest rates of between 4.5 and 5 per cent,” he told the Samoa Observer.

But by capping the amount they can pay customers who make deposits at the bank, the Government will eventually pressure commercial banks to lower the rate at which they loan money.

“One of the ways banks make money is the difference between what they pay for their deposits and [the rate at which] they lend money out [at],” he said.

“If the Government reduces the maximum we can pay on deposits [...] the banks will make more money.

“What the Government will do is put pressure on the banks to say [...] we want you to do is reduce your lending rates by a similar amount”.

Mr. Poort said it would take about six months for the changes to flow through the economy.

The effect of this change will be to lower the cost of borrowing and to reduce people’s incentives to save, thus increasing the amount of money circulating around the economy and supporting the Government’s goal of jumpstarting the economy.

Mr. Poort said while he welcomed the lowering of borrowing costs as a positive step, he believed more needed to be done in order to boost Samoa's economy.

"I'm waiting for the Government to provide some sort of package to help the private sector through but nothing seems to be forthcoming," he said.

"If you look around other Pacific countries [...] Governments have been spending large amounts of money to keep people employed. In Samoa we just haven't seen that.

"It's not an easy fix. We need a solution because COVID is just not going to go away. We're not going to open the borders at Christmas and start trading again."

Maiava’s letter states that such a compulsory reduction will lead to the Government “encouraging” commercial banks to consider passing these benefits on with a corresponding cut to their lending interest rates.

Mr. Poort said the most of the money in the market is held by the Government and its various state-owned enterprises who have been demanding higher and higher returns on their investments over an extended period of time. That has limited the ability of banks to reduce their lending rates.

Unlike other countries where interest rates have been steadily cut down, in Samoa they have reached as high as six per cent for some depositors.

“Over time some banks will be able to afford to pass on these savings in the form of interest rate reductions on loans,” Mr. Poort said.

“This will certainly help some of the customers in these challenging times and will be a component of the fiscal stimulus package from the Government for 2021.”

He also noted that the reforms will shore up commercial banks’ positions in the country and prevent them from being left vulnerable to financial stress as the pandemic stretches on, as was seen in last decade’s global financial crisis. 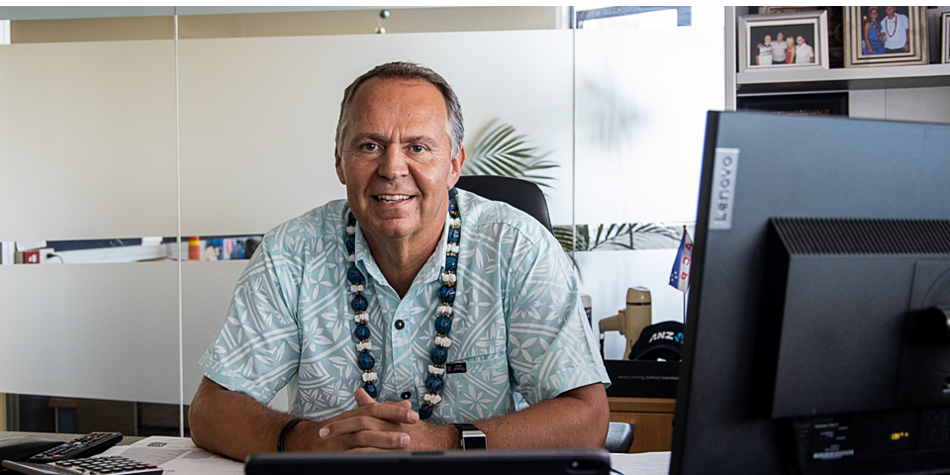 One group who will lose out through the new policy are savers or people who store their money safely in banks with the expectation of growing their money.

Exposing them to lower interest rates raises questions about whether they might seek other avenues to place their money, promising higher returns, such as the Unit Trust of Samoa, which currently offers higher returns than banks and is not affected by the new regulations.

Victoria University macroeconomist Robert Kirky said that the Central Bank was looking to encourage consumption and keep the economy going through the pandemic.

Mr. Kirkby added that if the goal of the central bank is to discourage savings and encourage consumption, but households react by simply taking their savings elsewhere then this will have the effect of making the commercial banks more fragile as they will lose a source of funding.

Mr. Poort noted that dramatic economic policy interventions by Governments have a chequered history of success and are often circumvented by markets.

“History has demonstrated where regulators have intervened with free markets previously, markets and their participants tend to find a way to trade around restrictions,” he said.

The success of the deposit cap, he said, will therefore depend on the extent of cooperation between commercial banks and the Central Bank.

Questions put to the Central Bank Governor on Friday were not answered as of press time.