Papali’i expressed disappointment over the building of the warehouse without a development consent and building permit from the Planning and Urban Management Agency (P.U.M.A.).

“I instructed P.U.M.A. to stop the construction [of the warehouse] and for them to get their development consent before any more work is conducted [on the site],” said the Minister in response to questions from the Samoa Observer.

Muliagatele admitted that construction work started on the warehouse without a permit.

“I [submitted] my application a long time ago, before I built but the [Government] did not issue [any permit] but it doesn’t mean that I did not provide [any documents].”

Muliagatele requested the article on the warehouse not be published. 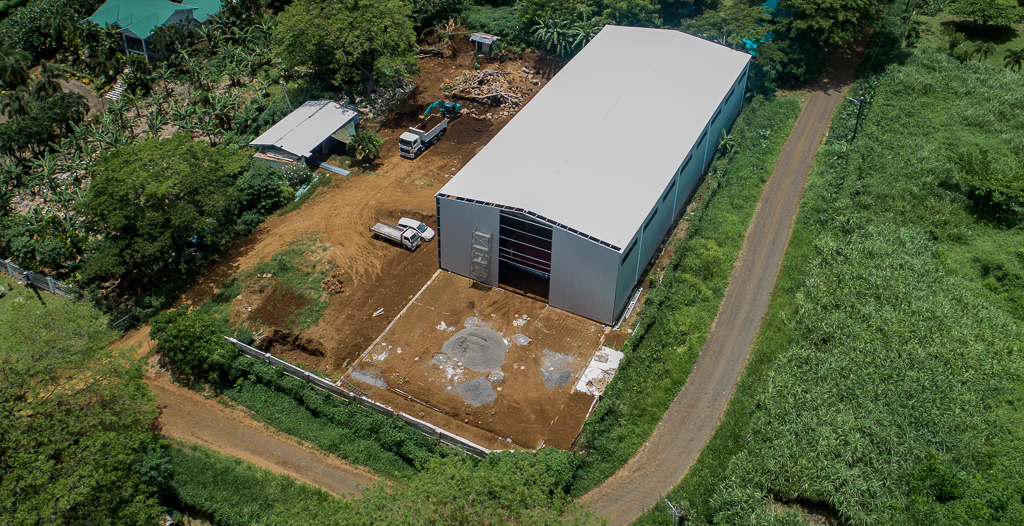 “I am a very humble businessman and don’t like to break the law and I am a local citizen helping the community and the developments for Samoa,” he said.

When asked if his project’s going ahead without a valid permit meant it was illegal he answered: “Yes, that’s right.

“We are doing that right now and the [M.W.T.I.] already [levelled] the penalty [against us]. We will follow the law and please forgive me,” said Muliagatele who also owns a noodle factory in Vaitele.

The businessman also questioned why the Government had opted to slap his company with a fine when the Vaia’ata prions were built without a permit for nine months.

“Why don’t you ask them [Government] for those things then?,” he said.

That response did not sit well with the Minister Papali’i.

“[Muliagatele] has no right to question that project which belongs to the Government,” the Minister said.

“A permit was issued later on. But for him, despite the government issuing a stop notice, they still went ahead with the construction of the warehouse.”

The Minister said that Muliagatele needed to pay the fine and should not make references to the Vaia’ata prison because a permit was issued at a later time, unlike his structure.

“For his project, there was no permit issued and he still went ahead with the project; and even with the stop notice issued, works on the warehouse still continued,” he said.

He also noted that if Muliagatele opts to challenge the decision to penalise his business, the matter will proceed to court.

Construction on the $600,000 Vaia’ata prison project in Savaii began up to nine months before it received development approval.