Lemalu Ray Ah Liki with his mother and patron of the bank, Agamalu Westerlund, cutting the ribbon to mark the official opening of the Samoa Commercial Bank Headquarters. (Photo: Aufai Areta Areta )

The S.C.B. Managing Director, Lemalu Ray Ah Liki, told guests at the official opening that the bank first opened its doors in 2003 and it was Prime Minister Tuilaepa Dr. Sailele Malielegaoi who delivered the keynote address that day.

He said the Prime Minister challenged the bank to operate prudently and contribute to Samoa’s development.

“And [he] challenged the S.C.B. to ensure the bank is properly led, managed and operated under prudent and good business practice, if it was to have a place in the banking industry in the country and have a role in contributing to the development of Samoa,” he said.

“The S.C.B. took on board the challenge and has successfully executed and implemented its strategic business plan to put the bank where it is today. 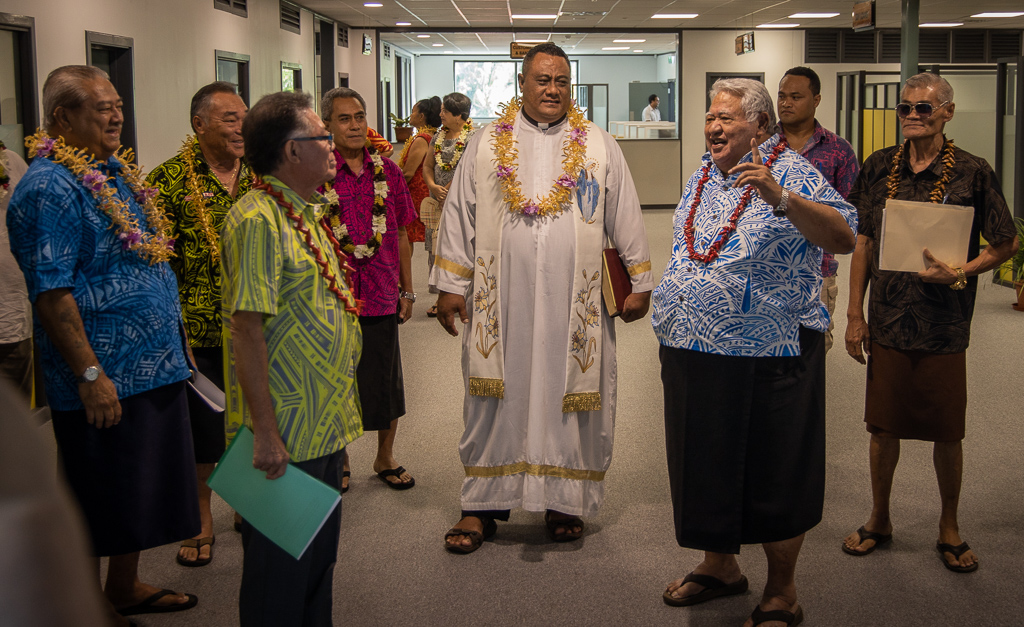 “It is now a safe and sound financial institution delivering a competitive and effective banking service to the people of the country.”

The new building was blessed by Father Eteuati Lapa with the patron of the bank, Agamalu Westerlund, doing the honours of cutting the ribbon to open the new premises.

The commissioning of the bank’s headquarters also marked another milestone for the S.C.B., as the locally-owned financial institution accomplished one of its long-term goals to build an affordable and good quality building facility that will also serve as its headquarters.

“With this brand new facility, I am confident the S.C.B. would be able to increase productivity and continue to improve its banking service,” he added. 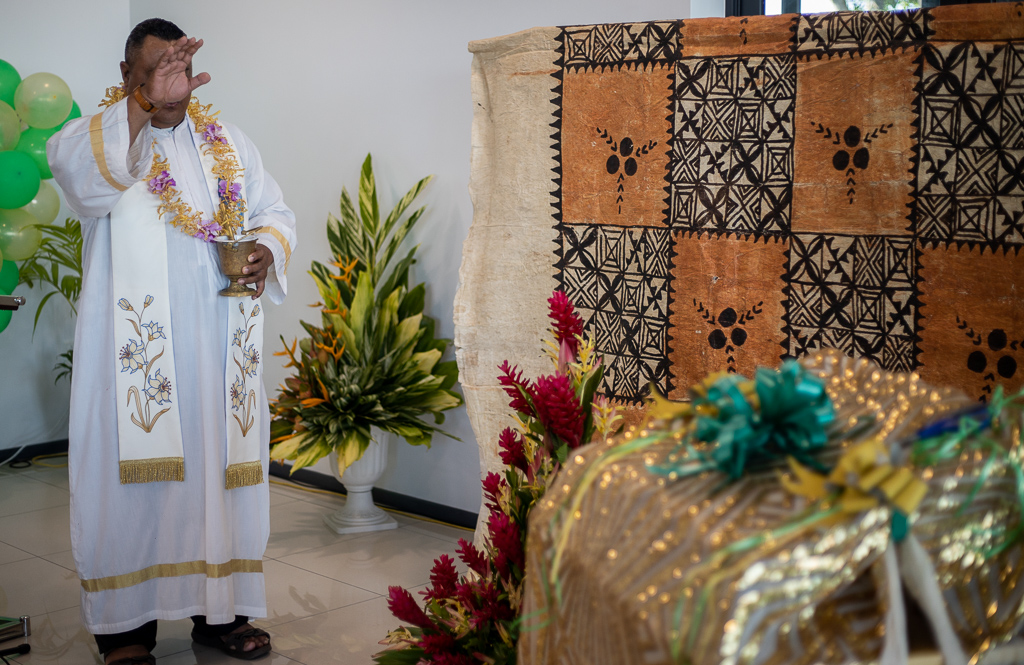 “The S.C.B. is also proud that the construction of this facility at this location will contribute to the improvement, development, and beautification of this part of town.

“This building was designed by Kramer Ausenco and constructed by the Apex Company, under the leadership and management of Suluimalo Amataga Penaia, with Asiata Van Wright as the Project Manager.”

The only part of the building yet to be completed is the installation and commissioning of its elevators.

Thanking the building contractors as well as subcontractors, Lemalu said it was a job well done.

“Going forward S.C.B. will be led, managed and operated with prudence so that its target and objectives are achieved and the bank is financially safe and sound.”

Lemalu concluded his speech by thanking the first patron of the S.C.B., Mani Westerlund, who passed on a decade ago.

“The guidance, sound advice, moral support and words of encouragement provided by him were valuable at the early and vulnerable stages of the bank,” he added. 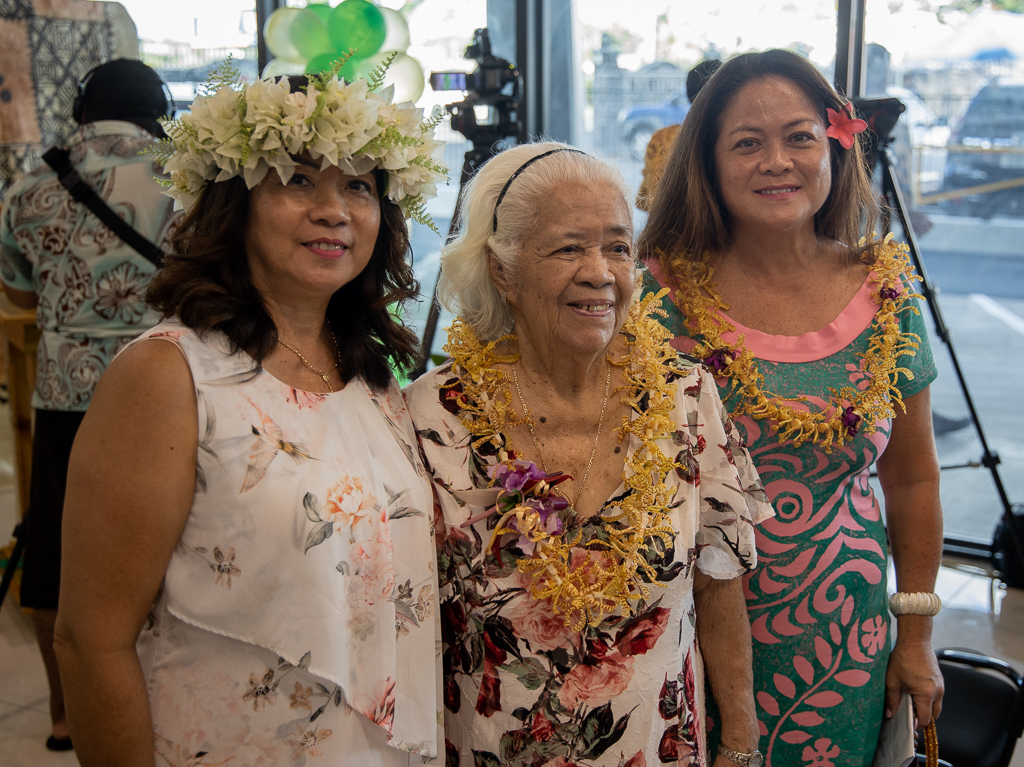 Just as he did 17 years ago, the occasion was not lost on the Prime Minister, who described the occasion as a “milestone” for the company amidst the COVID-19 global pandemic.

“This is a milestone. The project continued in the midst of the global crisis which has affected the economy all over the world, including Samoa,” he emphasised.

Tuilaepa commended the S.C.B. for their service throughout the country, which now consists of 40,000 clientele as well as $366 million worth of assets.

He said the S.C.B. is the second locally-owned bank and it is something to be proud of, though its progress has not been without challenges, as there were attempts by foreign banking institutions to remove locally-owned banks in Samoa.

“However, with the establishment of the Central Bank to govern all banking institutions in the country to combat such matters,” added Tuilaepa.

The S.C.B. has 12 branches on Upolu and Savai’i with 14 automated teller machines and 141 staff, according to the Prime Minister. 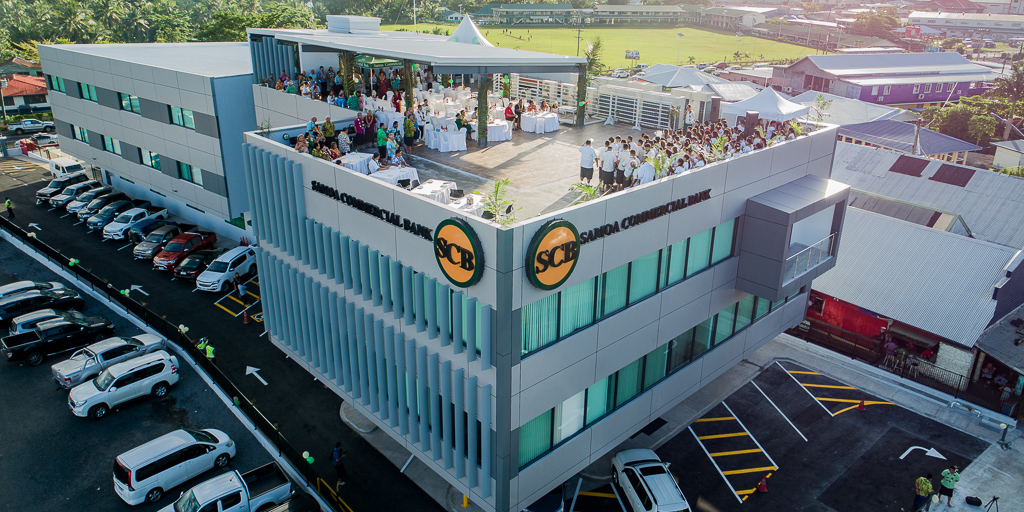 “The bank started with $4.5 million but its finances and assets ballooned to $366 million as of August 2020. It has grown and out to be a strong and solid bank.”

He reiterated that the impact of the COVID-19 global pandemic is immeasurable across the globe and even Samoa, and is mostly impacting banking institutions.

The contribution of the S.C.B. to the Samoa Government’s stimulus package this year and the 2019 XVI Pacific Games were also acknowledged by Tuilaepa, who particularly singled out the bank’s $2 million sponsorship of the Pacific Games Office.

According to the architect and engineer of the building project, Kramer Ausenco (K.A.) Samoa, the design of the new S.C.B. headquarters is based on ecologically sustainable design principles.