Rev. Sagote, from the village of Faleula released the 150-page autobiography: “O Lou Olaga, O Ou Faamanuiaga,” which translates to “My Life, My Blessing.”

The memoir, which took a decade to write, tells of God’s loving grace and guiding hand throughout his life growing up, later as a Minister, husband and father.

Rev. Sagote turned 70 last Thursday, on 22 October and celebrated the milestone at the Tanoa Tusitala Hotel in Sogi.

“I am no longer a pastor. Since I have retired, I have been writing a book. A lot of times, I was based in the church office because there was no one to run the church business at the time; the church was looking for someone to run the business," he told the Samoa Observer in an interview prior to the book's launch.

He oversaw the Methodist Church property in Apia and after the church purchased a property in Tuanaimato, he looked after that property, too. He and his wife served in  Sapulu, Salelologa, Savai’i.

He didn’t particularly like managing the church business because he wasn’t serving the village.

“I went to Piula because I wanted to serve,” he said. “I didn’t want to go up there (and work in the office). I liked to work at the bottom as a servant, not as a boss or something like that.

He was born on 22 October, 1950 and says you can rarely find the stories of people from his generation in 2020.

“So I wrote it down to tell about life in those days. My book is all about God’s love for me,” Sagote said.

He didn’t choose his life as a Minister; he says it was God’s doing. 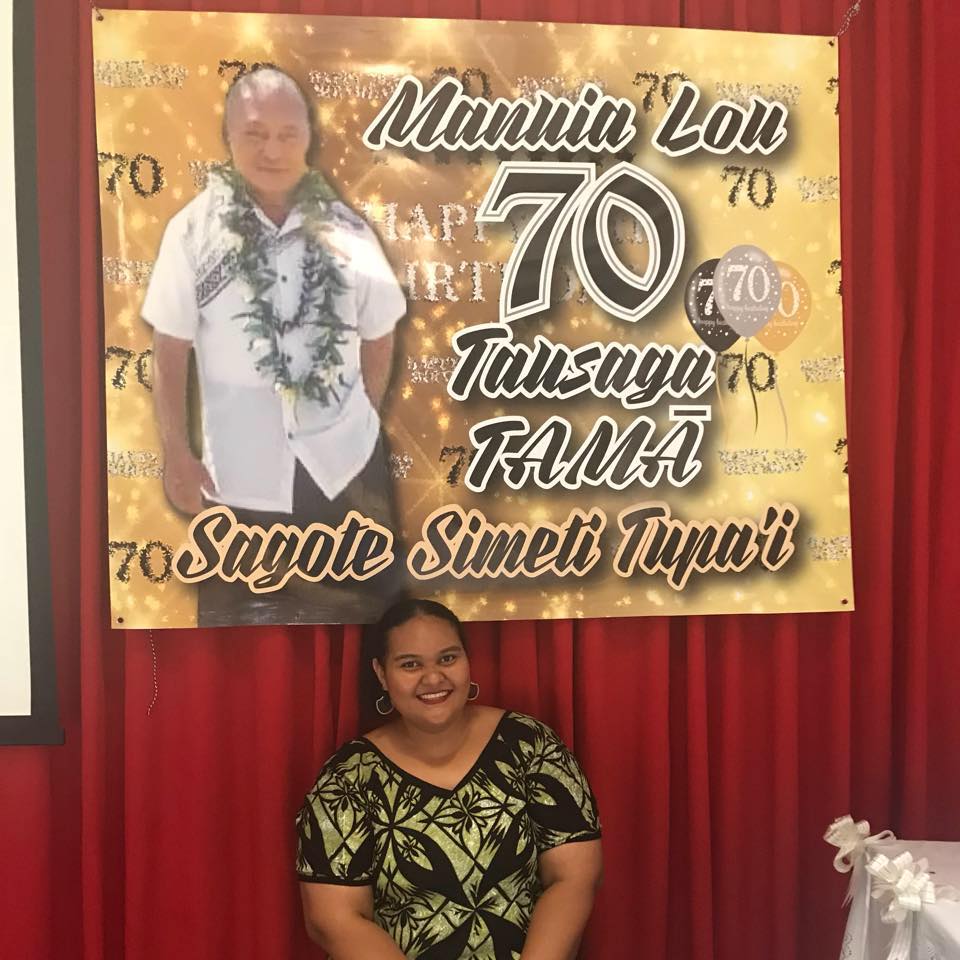 His mother died when he was just 10 years old, so the future Minister was raised by his father.

“It’s all in the book,” said Rev. Sagote. “I wrote everything down. I won’t say it’s a nice book but it is a special book.”

There are highlights of his life and, of course, there is a love story about how he met the love of his life and partner in ministry, his wife Anau Simeti from Tonga.

His 70th birthday celebration at Tanoa was a gift from his three daughters and two sons.

“Before he reached his 70th, he managed to stay up late at night, woke up at 4 a.m. with his lamp on to write his first book about his life, his achievements and his blessings,” his daughter, Loini Simeti, said while sharing the event on Facebook.

“In the book, you will find the old way of living – [the] Samoan way and Scripture readings [and] a sentence about me. Last night he launched it.”

The former Reverend was given a second chance at life, she said.

“God gave my dad a chance to live when he was in a critical medical condition in 2004 and not in my wildest dreams [I thought he’d] achieve something like this. He used every opportunity he had to do something great not for himself but for people around him. [I am] forever grateful for this man who God chose to be my Papa,” she wrote.

Ms. Wendt-Young congratulated Sagote on his book, calling it an incredible achievement.

“It takes courage, commitment, vision and lots of hard work, all things which Simeti has in abundance,” she told the Observer.

“In publishing his story, he joins a very small group of Samoan authors worldwide and I’m thrilled I was there to see his book launched.

“I hope his achievement can be an inspiration to others, that if you have always wanted to tell your story and write a book, that it’s never too late and you’re never ‘too old’ to get it done. Congratulations to the author and his family.”

* This story has been updated to reflect the time of the quotes given by Reverend Sagote and the villages in which he served. The Observer regrets the error.