Fesola'i brings the total number of women registered for the 2021 General Election to 10.

She is one of only two women who registered on Monday. The other is 68-year-old, Lolomatauama Eseta Mataituli, from F.A.S.T.

On Monday, 14 candidates registered flagging the Human Rights Protection Party (H.R.P.P.), eight were from Fa'atuatua i le Atua Samoa ua Tasi (F.A.S.T.), one from Tautua Samoa and one independent candidate. 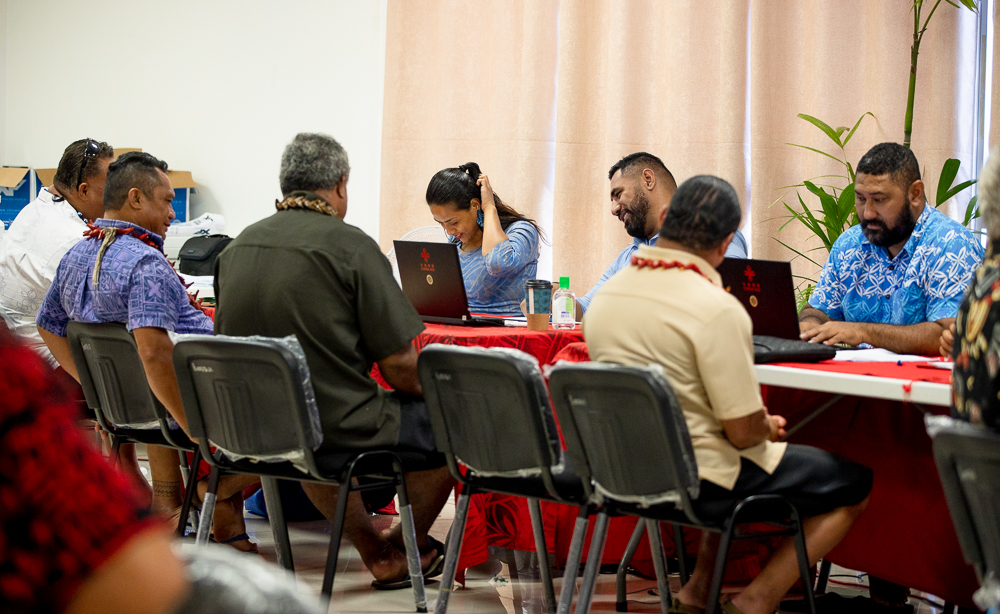 To date, 47 per cent of the candidates so far are from the ruling party H.R.P.P.

This is the last week reserved for candidates intending to run for Parliament in the upcoming Election.

Nominations are held on the first floor of the S.N.P.F. Plaza in Apia in the Ministry of Public Enterprise (M.P.E.) conference room.

According to the Electoral Commissioner, Faimalomatumua Mathew Lemisio, a full list of candidates who have registered will only be available after the nomination period. Nominations will continue Tuesday but ends on Friday.