The P.M. has stood by restrictions relating to the state of emergency. (Photo: Francis Faalili)

The Prime Minister, Tuilaepa Dr. Sailele Malielegaoi, has dismissed the possibility of a legal challenge against the Government’s state of emergency restrictions on business trading, dismissing it as the invention of a “little lawyer”.

On Thursday, the Attorney General, Savalenoa Mareva Betham-Annandale said they will not entertain the threat of a court challenge until such a lawsuit is filed.

She noted that while COVID-19 remains a known health risk to Samoa, a state of emergency is a necessary precautionary step.

"It is better to be safe than sorry,” she said.

The comments come after a senior lawyer, who had asked to remain unnamed, said emergency orders which do not specifically relate to the protection of Samoa from COVID-19 could be struck down by a judge.

In a piece published in last Sunday’s Samoa Observer they argued that orders that limit gatherings and impose trading and commerce bans on Sundays and during specific times of the day, for example, fall outside of the purpose of the March emergency proclamation.

Orders outside the scope of the initial emergency proclamation could be argued as a mistake or an attempt to expand the scope of Government powers, the opinion said.

That led the President of the Samoa Association Manufacturers and Exporters (S.A.M.E.), Tagaloa Eddie Wilson, who said the restrictions are severely damaging to the country’s business sector to say the lobby group would consider taking action against the Government on the issue.

“If some of the state of emergency [restrictions have] got no legal basis then our immediate reaction is that the Government should seriously look at this.”

But speaking during his weekly programme with the 2AP radio, Tuilaepa said the Attorney General’s response is crucial amidst a looming health crisis.

“And the lawyer who [advocated that legal opinion] should learn from the Attorney General of the Government,” Tuilaepa said.

“There’s no reason for them not to, nothing is holding him back from filing a lawsuit against the Government. It’s his right.

“But it's a weakness that no one knew existed that will only surface from this. Because remember, the restrictions are based upon the protection of people’s health and their already dented wealth due to COVID19.”

Attorney-General Savalenoa, who was appointed to the role late last month, said she cannot comment on the viability of a case against the Government as that is a matter for the lawyer who proposed the argument.

Samoa has been on lockdown for five consecutive months despite the country’s reported lack of suspected COVID-19 cases.

Tagaloa, said although S.A.M.E. would prefer to avoid legal action, businesses across Samoa are already on their knees and facing permanent closure.

He said he hopes the Government is reviewing the state of emergency orders and the extent to which they restrict regular trade and commerce in an already strained economy.

But if nothing changes soon, he said, S.A.M.E. will be forced to act.

Louisa Woo Ching was announced as the winner of the 2020 edition of the annual contest last Saturday at Taumeasina Island Resort. 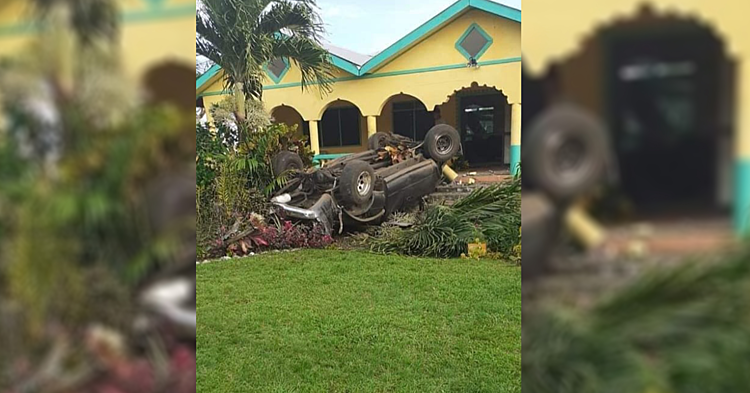