“This is one of the things that we are now looking at but I have [undertaken] two [gun amnesties] since I’ve been here [2015],” said the Commissioner of Police and Corrections, Fuiavaili’ili Egon Keil.

Past amnesties have allowed people to turn in firearms, ammunition, explosives and other unlawful weapons to Police without questions being asked.

The suggestion follows a raid in Faleula where the Police confiscated seven pistols and nine rifles, including .22 and .38 calibre pistols, a shotgun, a .22 rifle and two large barreled rifles.

The most powerful of the guns was a .308 rifle that was enough “to blow you a mile away,” said the Commissioner.

The Commissioner also said they are working closely with the Ministry of Customs and Revenue, the Samoa Port Authority, the Samoa Airport Authority and Samoa Immigration in order to enforce control of the nation’s borders.

“But the Police influence is minimal in that area, because for the most part it is being overseen by [customs],” he said.

“What we can do is assist and in doing so, we have the Nafanua II [patrol boat] that travels around our [Exclusive Economic Zone] and surveillance.”

The Commissioner also raised concerns about the need to review the penalties imposed for guns and drugs charges.

“There are so many laws around guns, ammunition, narcotics that we need to take a look at from a broader perspective to fix [what is happening],” he said.

“We’re trying to do the best we can, with the guidelines and laws in place that guide the work we do. Keep in mind we enforce the law, we don’t make the law.”

He said the Ministry can only “advise” on the review of the laws as a result of what we experience but then the lawmakers will make those decisions and we abide by those decisions.”

During past amnesties, the Commissioner has noted that handguns are illegal in Samoa and that certain categories of rifles may only be possessed with proper registration.

“However if you own a firearm [make sure] you have it legally registered and that you have gone through our [training for firearm owners],” he said.

He said that the process for owning a firearm in Samoa was rigorous and required all gun owners to complete a gun safety course, run by the police for between one and four weeks depending on the calibre of weapon involved.

“We put you through hours of school,” he said.

“We show you different types of firearms and we require you to have a place to lock the firearm away safely. We make sure you are very familiar with firearms and the laws around the firearm. There are a lot of little steps to take.

“There is a long checklist and everything needs to be ticked and after all these things have been done, [Police] sign and then [people’s] permit is approved. Of course, we look at their criminal history too. If they’ve got a pending criminal case or they’ve got a conviction, for the most part, they can’t have a gun.” 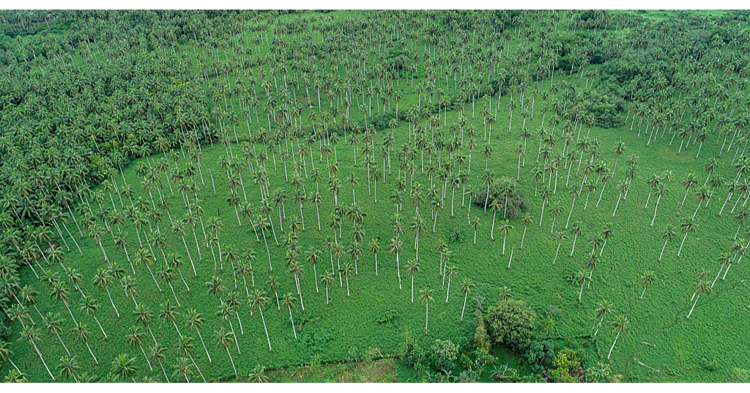 Ban on niu exports to remain in force

Samoa is no closer to lifting a ban on niu exports, with supplies of local coconuts still not up to the Government’s expectations.

Samoa Airways will launch its flights to Savai’i on Friday, 9 October, to coincide with White Sunday weekend while hitting back at criticism of earlier postponement of the first flights on the route.