And he has emphasised that the use of “reasonable force” in schools to control students is not the same as abuse.

Speaking in an interview with the Samoa Observer, following reports of the conviction and fining of a school principal for canning six students, Loau said teachers know the Ministry of Education Sports and Culture [M.E.S.C.] policy not to physically abuse students.

"They already know, they [teachers] are not allowed to physically abuse the students," Loau said. "Abuse is different from reasonable force. Reasonable force can be applied when the matter gets out of control."

For instance, said Loau, when the students are caught fighting in school.

"The teachers can pull them by their shirts, and try to break the students up. As a teacher or a principal, you don't just stand there and do nothing. You got to do something to stop the fighting and bullying."

Loau added that corporal punishment is an issue that needed to be addressed.

"We need to do something to solve this. Corporal punishment does not solve violence in school. The teachers should sit them down and advice them against bad behaviors."

However, the Minister said the blame should not entirely be placed on the teachers as he believes parents also play an equally important role in addressing the issue.

"We have to be mindful that all these kids come from different environments and different backgrounds,” he emphasised.

"They grow up in an environment where they see violence first-hand, and they think it's okay to bring those behaviors within the school compounds.

"Parents have a major part to play. They should discipline their children starting from a very young age. In doing so, the teachers would have to work so hard in trying to control the behaviors of the students in school. Teachers are not angels.”

As the Minister responsible, Loau believes more awareness programs should be put in place to address the issue of corporal punishment in schools, and believes that only collective action can address the issue.

"We need to do more work in that area and do awareness programs within schools, families and villages,” he reiterated. "It's hard for our teachers to try and discipline so many different students.

"But it takes collective efforts to solve the issue. We also really need to touch back on our family values. Reaching back to our family values because that's where the foundation is built for any child's life. If parents play their part, it would make things easier." 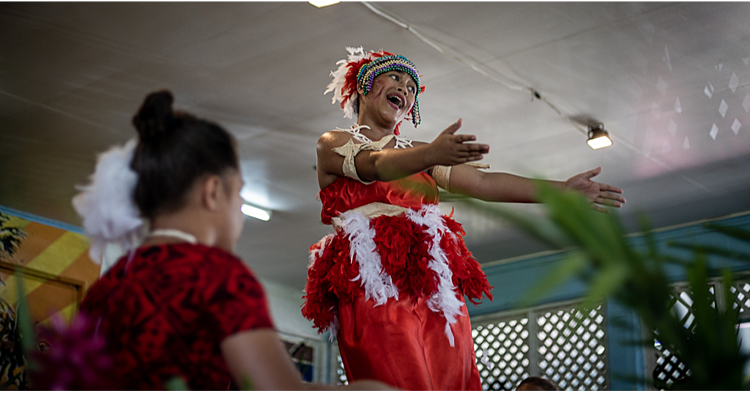 St. Mary's Primary School held a Culture Day at the school hall at Savalalo on Thursday afternoon to celebrate the Samoan culture with the theme "Hold on to your culture."

Several prisoners charged with being party to a mass prison break at Tanumalala have denied that they had escaped from the facility.