Samoa
Henry Tuilagi was a menacing figure for the Manu Samoa (Photo: File)

Henry, one of the Tuilagi brothers from Fatausi and Fogapoa Savai’i, shared his story in a Facebook post after the recent death of Franck Lascassies, a young French player who reportedly took his own life at the age of 21.

“Seeing a young man who was also a talented rugby player lose his life has made me want to share my story in the hopes it will help someone out there struggling with the same struggle #Mental Health #You are not alone,” Tuilagi wrote.

“I’ve been battling and trying to fight alone for quite some time then turned to alcohol but the day I decided to look for professional help is one of the hardest and best decisions I’ve made.” 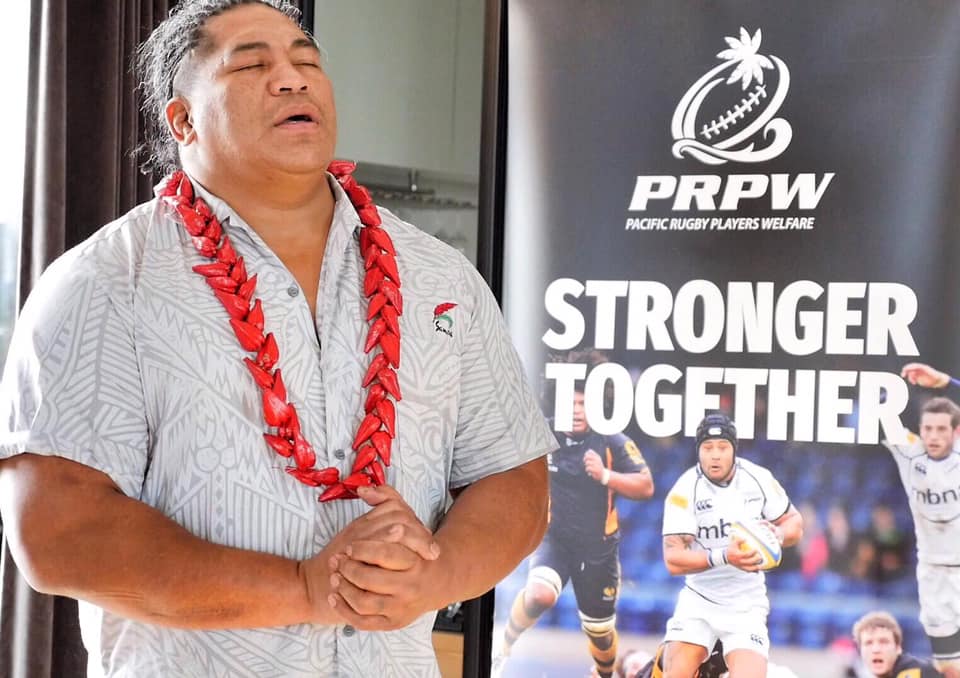 In speaking out, Henry Tuilagi joined a number of internationals encouraged by the Pacific Rugby Players Welfare, and other groups, to promote the message that help is available.

Henry Tuilagi, who is now a father, has always been viewed by the rugby world and hos opponents as one of the toughest competitors on the rugby paddock. He has played professional rugby all over the world, including United Kingdom.

He says far too many lives, not just in the rugby community but in all different walks of lives, have been lost due to depression, which he said is a “sickness” he never believed in.

But after realizing he also suffered from it, he said depression is a “different struggle”, calling it a “very dark place.”

“Sometimes you feel like you almost can’t get out of but there is always a way, always a brother, a friend, someone will hear you,” he said.

“I find it the more you share, talk about it with your family and friends the better it gets than trying by yourself.”

“I’m thankful of my strong wife and kids, my brothers, family and friends for being there for me.

“The hardest part is admitting you have a problem and need help, if you don’t it will turn you from a good person, loving father, caring husband, respected brother best friend into a monster.”

“If you’re not ready to seek professional help, start with your wife, brother or a friend or we can share, it’s a long and a bumpy road but you will arrive there,” he said.

“I also want to take this time to apologize to anyone who I’ve hurt by something I said or did along the way. If there’s a will there’s a way, prayers and love.”

Henry Tuilagi was among many respected individuals and rugby figures who paid tribute to the young French player, who also has connections to the Pacific. 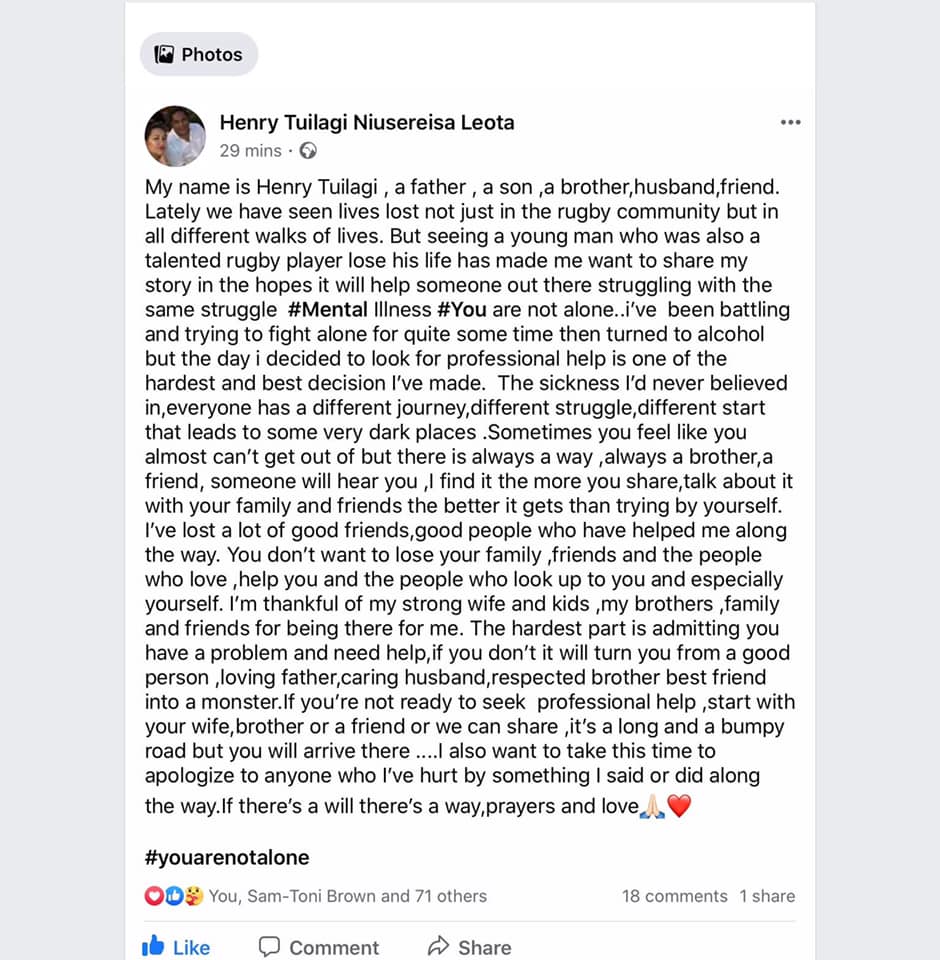 The Pacific Rugby Welfare said: “Sad news from France that a young Pacific Islander has tragically taken his life at age 21.”