High-ranking Police officers were presented with their badges in a historic first for the Samoa Police Service on Monday.

The Minister of Prisons and Correctional Services, Tialavea Tionisio Hunt, told the badge recipients when giving the keynote address at a ceremony that the police badges were a symbolic representation of authority, and its public display shows a police officer’s acceptance of the responsibilities that come with it.

"This morning I am reminded that when a police officer is given a badge, they have been certified to know the law and enforce the law equally, regardless of race, religion and gender," he said. 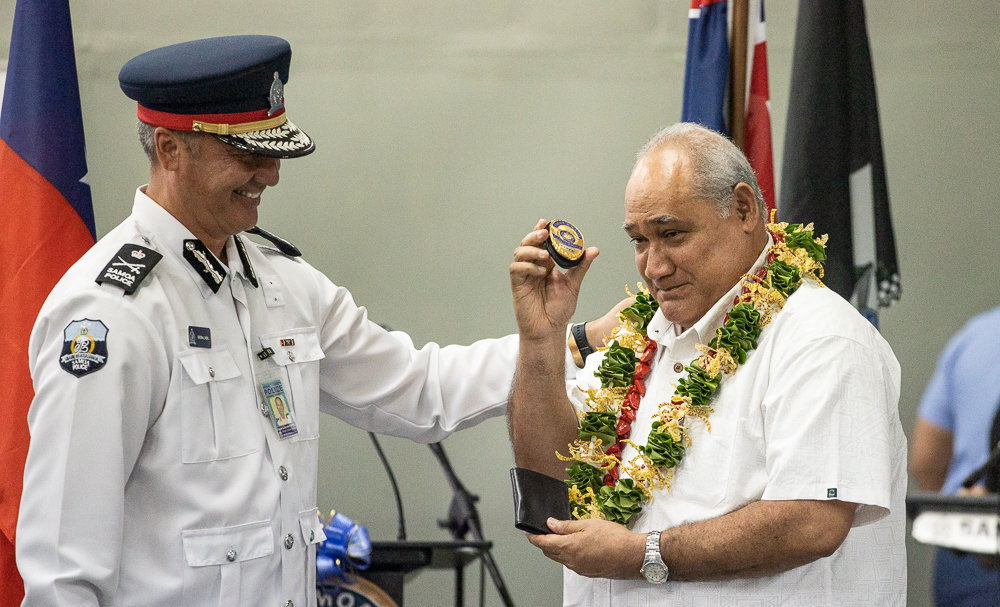 "It also means that the person behind the badge is honest, faithful and truthful in their police duties as well as in their private life."

Highlighting the presentation of the police badgers to the high-ranking officers, Tialavea said they should wear it with pride and honour and will become the first Samoan police officers to wear them.

He added that the police badge represents integrity, courage and commitment to the oath of their service to serve and protect the people of Samoa.

Acknowledging the Australian government’s role in procuring the badges, Tialavea said its ongoing assistance ensures the SPS continues to provide a professional service and respond promptly during emergencies.

"The Government of Australia has assisted the Samoa police in so many ways which enabled them to provide a professional and instant response in serving the people of Samoa," he added, while urging the police to take good care of the badges as they were expensive. 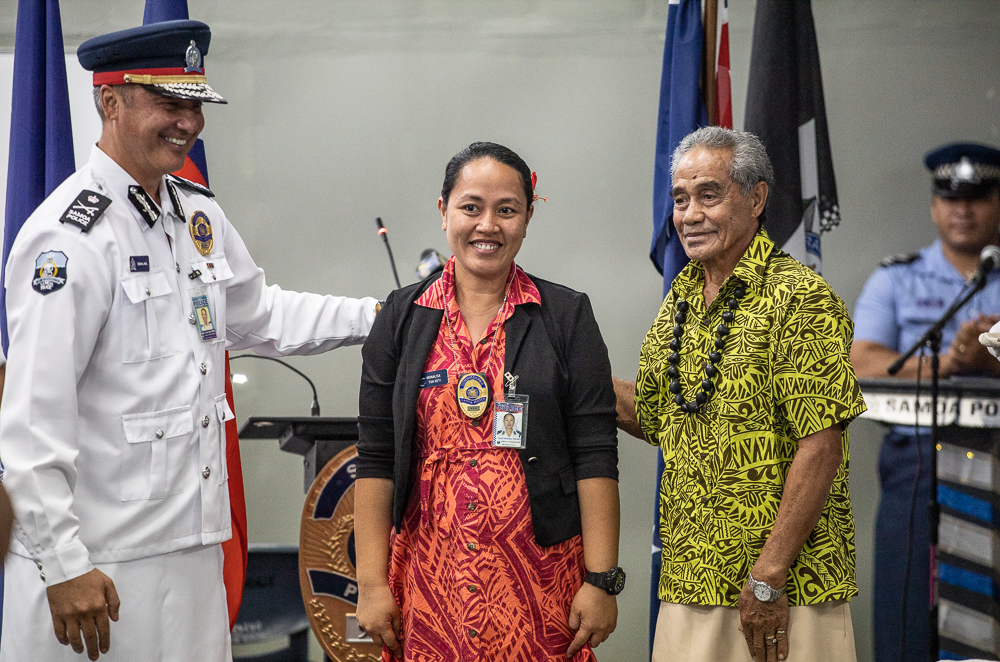 Police Commissioner, Fuiavaili’ili Egon Keil, then explained that the first batch of badges to be presented started with high ranking officers with other officers to follow at a particular time.

He had also elaborated on the details of the badge, its representation and the need by the police to wear it on the top-left chest area on top of the heart, saying it reminds the officers of who they are as law enforcement officers.

Police Superintendent Norman Tuafale Meni, a recipient of the police badge, told the Samoa Observer that he felt honoured to be one of the first recipients.

"It’s recognition of the service and responsibility that we will continue to uphold to the best of our abilities," he added.

Speaking to the Samoa Observer after the ceremony, Fuiavaili’ili re-emphasised the need for the senior police officers to acknowledge the importance of receiving their badges.

"We have undercover-officers, it’s a tactical way of disguising who you are and what you’re doing because you don’t want to get hurt or get killed," he emphasised. "If a police officer pulls you over and you have doubts that he or she is a police officer then ask to confirm if they really are police officers, and there they will show their police badges for confirmation." 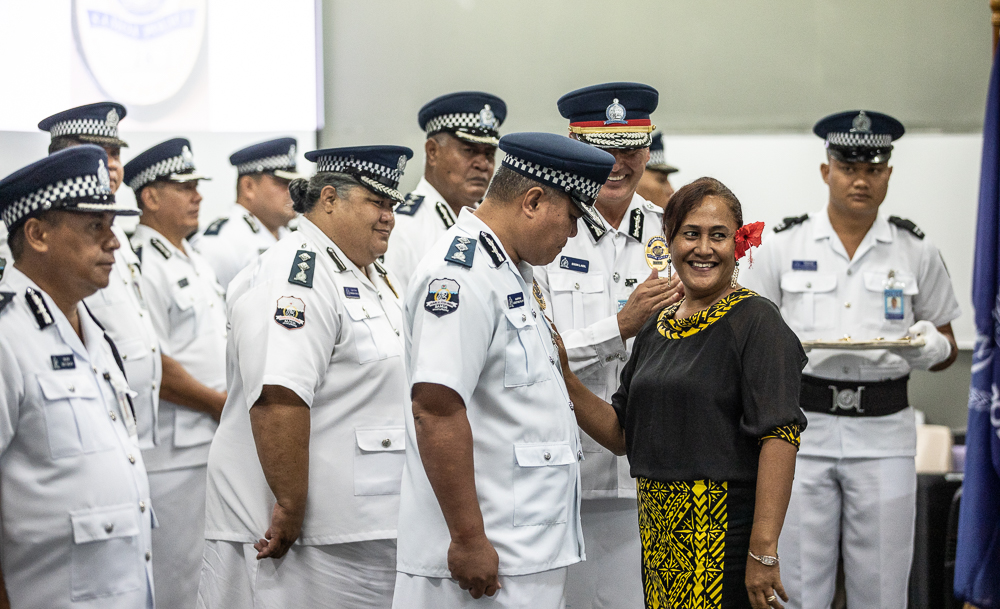 The Commissioner confirmed that there will be another batch of badges which will be presented when the time is right and these will go to the next ranked officers.

"There will be other lots after this one, it’ll take a while. We want to see how this works out. These are the senior members of the organisation consisting of superintendent and inspectors," he added. "When the time is right, another batch of badges will be presented to the next rank which is the sergeants.

"We have the badges but we’re just elected to bring it out at a certain time so we have control.