Samoa
New research published this month states climate change will affect human rights but it is not clear how. (Photo: Misiona Simo/Samoa Observer)

Research published this month ranking how well countries, including Samoa, are performing upholding individual liberties says that climate change poses a major but as yet undefined risk to human rights.

The Human Rights Measurement Initiative (H.R.M.I.) finds Samoa doing well on the right to a quality life and adequate food, shelter and education but falling backwards relative to expectations on healthcare and freedom of opinion and expression.

Calculations are based on international reports compared against gross domestic product per capita in order to judge how well a given country ought to be doing for its people.

But as well as judging countries against their quality of life, safety from the state and their access to empowerment, the researchers looked at the Pacific and the impacts of the climate crisis on human rights.

H.R.M.I. spokesperson, Thalia Kehoe Rowden, said expert respondents across the region raised climate change in their interviews, despite the topic not originally being part of the research project: “We asked the question because human rights practitioners across the Pacific raised it as an issue, so we were not surprised by the results.”

So researchers added an extra question: How much has the climate crisis worsened human rights conditions? They asked respondents, at least five experts from each country, to rate their answer from ‘not at all’ to ‘extremely’ with the option of giving a longform response.

Those responses have not been published yet, but at least half of the countries said climate change has greatly or moderately affected rights conditions in their countries.

Samoa scored itself somewhere between greatly and moderately, while the Marshall Islands gave the strongest response. Niue rate the effects least seriously, or between ‘slightly’ and ‘somewhat’ on the researchers’ scale. 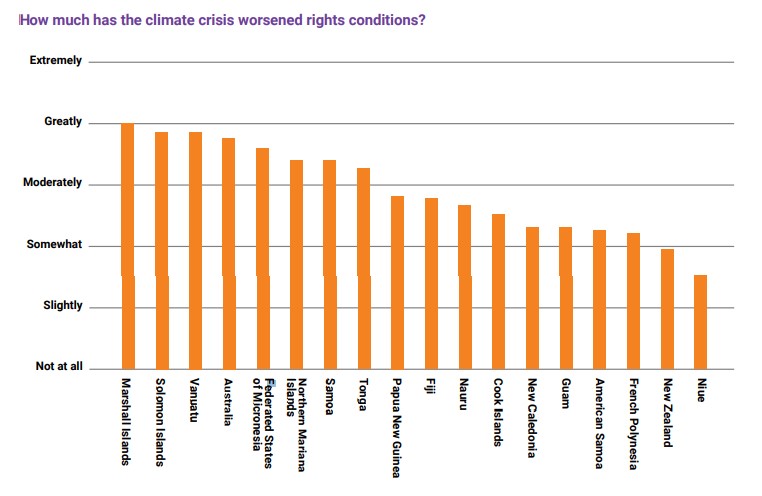 “This was a pilot study, and gives us a preliminary finding that in all countries in the Pacific, human rights practitioners are concerned about the negative impact the climate crisis is already having on human rights.

“More research needs to be done to find out more, including which rights are affected in each country, which aspects of climate change are causing the erosion of human rights standards in each place, and what actions can be taken to mitigate the negative effects.”

She said a range of climate change impacts could start to erode access to food, water, sanitation and housing, as storms in the Pacific worsen and the environment is degraded by temperature, acidification and weather changes.

“When extra pressure is put on a society, some Governments might respond by restricting freedoms, such as freedom of opinion and expression, or freedom of assembly,” Ms. Kehoe Rowden said.

“Competition for resources might lead to increased violence within communities, and between the state and people.”

The H.R.M.I. - developed by an international team of researchers and published for the first time this month - is the first set of measurements tracking human rights performance.

Researchers behind the project have said they are not an advocacy organisation but a data provider for policymakers, researchers, educators and politicians as they work to improve life for their citizens. 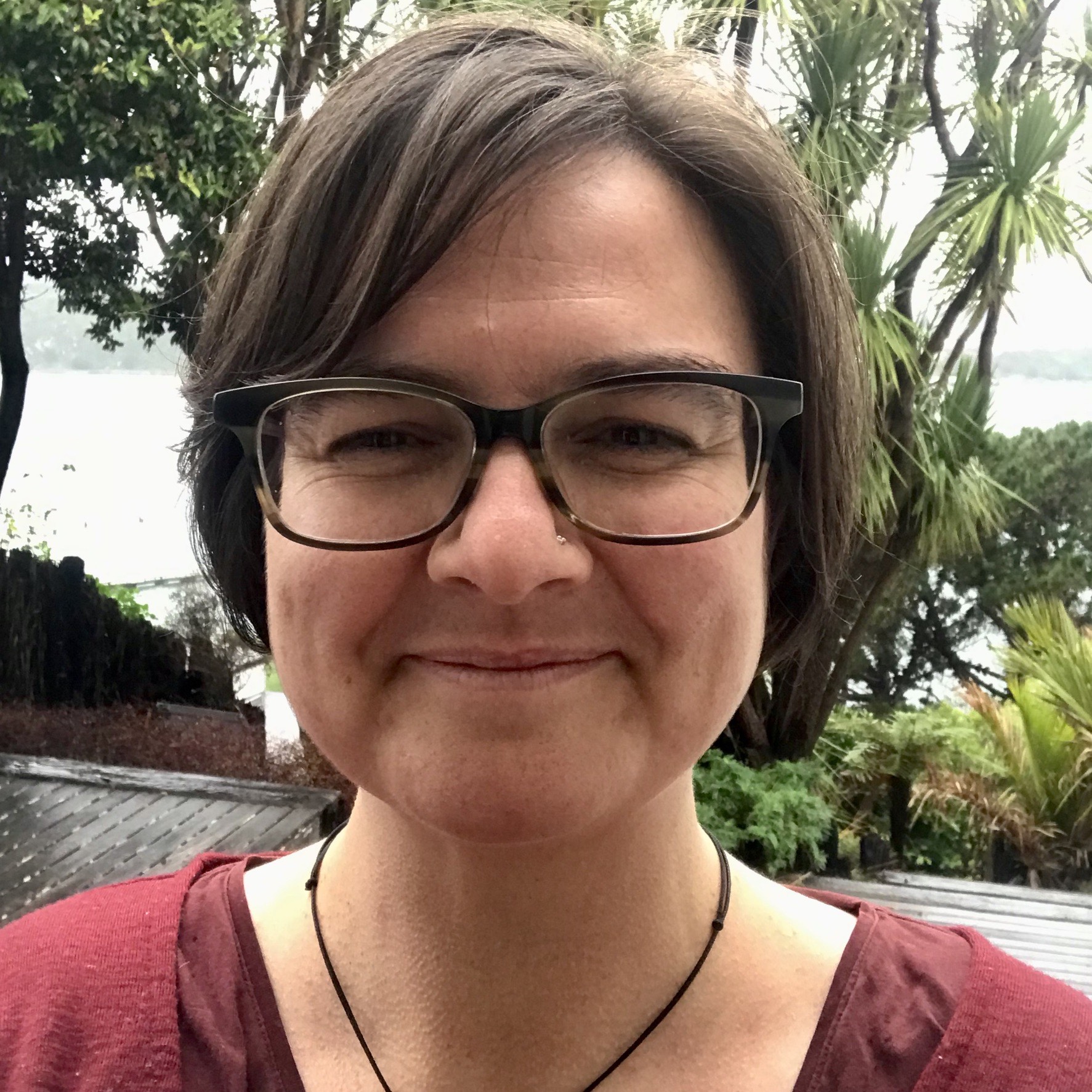 “We hope that our findings will help focus attention on the far-reaching implications of the climate crisis in Pacific countries and beyond,” Ms. Kehoe Rowden said.

“We hope that Pacific Governments will be careful to respect human rights while dealing with the consequences of climate change, and that global leaders will do their part to reduce climate change and its effects on Pacific countries.”

Samoan researcher Seuta’afili Dr. Patrick Thomsen and Cook Islands researcher Dr. Sam Manuela will continue developing the Pacific research as data leads, by leading consultations, workshops and research on and with the Pacific community to grow the data bank.

This and other work to expand the Pacific research is funded by the New Zealand Aid Programme.

The H.RM.I. is hosted by Motu Economic and Public Policy Research and the Center for the Study of Global Issues at the University of Georgia in the United States.