Government's coronavirus response may yet "overreach"

Over a hundred people landed in Samoa on Friday and were taken to quarantine facilties where they will stay for the next 14 days until there is certainty they are not carrying COVID-19. (Photo: Aufa'i Areta Areta)

As the country enters its third month under a state of emergency with no cases of the COVID-19 pandemic, Dr. Tara Kirk Sell, from Johns Hopkins Center for Health Security, said people should continue to be cautious about the coronavirus.

Emergency orders have been relaxed over the weekend to allow remaining businesses to open, albeit with social distancing measures, and the second plane-load of returning citizens and residents landed last Friday.

Dr. Sell, a Senior Scholar, said quarantine for overseas arrivals is a reasonable precaution so long as there is effective contact tracing and testing measures in place should an outbreak start.

“What is important […] is to have better contact tracing and have the ability to test people so you can hop on an outbreak if you get one very quickly,” she told the Samoa Observer.

“I think the virus can always arrive so I wouldn’t say it’s time to say there is no problem. Certainly going forward everyone will still need to be thoughtful about what they do.”

Currently people wanting to return to Samoa must meet stringent measures before and after landing in the country.

According to the latest orders, released soon after midnight on May 30, people have to have tested negative for COVID-19 three days before departure and, have been in quarantine in New Zealand for 14 days and be ready to stay in quarantine for 14 days on arrival.

So far two flights have brought people home, and between them majority of passengers have been assigned to various hotels around town, paid for by the Government.

But several have been permitted to return to their own homes under the close eye of the Ministry of Health and security officials.

Dr. Sell said neither option is necessarily better than the other from a public health perspective, but that people to tend to cope better with quarantine when they are allowed to go home.

“It seems hard to ask people to pay for a hotel and if the Government is paying for it that can get tricky but if you have people at home and you are able to support them with groceries that is actually a better situation,” she said.

“You can’t quarantine people and then say you are going to be here for two weeks and there is no support system for that.”

Her PhD, completed at the John Hopkins Bloomberg School of Public Health was on public policy responses to epidemics where she took a close look at the Ebola epidemic.

She said it should not be too hard to have people cooperate with the requirement to quarantine, if they have all the right information and feel taken care of.

“People are reasonable, it’s not like they are in jail. Given the appropriate information on what they need to do and given the resources to do that, whether that is at home or in a hotel, there doesn’t have to be mandating of one or the other.”

But people must be mindful of Government overreaching its powers under the cover of COVID-19 prevention, Dr. Sell added.

Under the new orders “Samoan faafiaiaga and floor shows in hotels” are banned, and hotels have now been banned from selling alcohol after 10pm or on Sundays.

Businesses are still banned from operating on Sundays, as is swimming at the beach.

“I think there can be overreach in the response to an outbreak and we have to be careful that doesn’t happen,” Dr. Sell said.

“I think the most important thing when it comes to measures to prevent the spread of a disease that those measures are grounded in science.

“It’s important to make sure that is the case. No swimming on Sundays? I don’t know the reasoning behind that, but I think we have to think about what purpose does that serve, epidemiologically. Policy makers should be able to answer that question.”

Dr. Sells research focus is on pandemics and misinformation. She is an advocate for transparency and honesty from leadership, even when those leaders don’t have all the information.

In an interview with The 80,000 Hours Podcast, she said it is critical Governments do not attempt to “spin” information, especially when it comes to public health.

“I think people are smart enough to realize when you’re spinning them. And so I never would recommend trying to cover anything up when it comes to communication,” she said.

“I think what you could say is, “Here’s what we think right now, but there’s a lot of uncertainty about it and here’s what we’re doing to sort of reduce that uncertainty and so the answers may change”. I think a lot of it is just framing and sort of admitting that maybe you’re not an expert or you don’t have that level of understanding. I think that’s fine personally, but that’s just my opinion.” 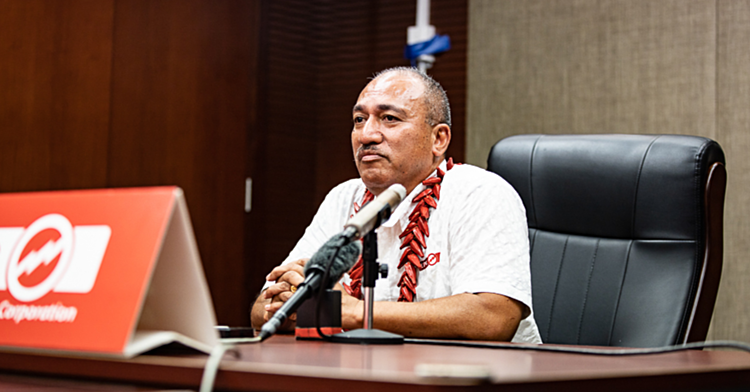