Close to 200 church ministers from the Congregational Christian Church of Samoa have registered with Ministry of Customs and Revenue to pay tax (Photo: Aufai Areta Areta)

More than six hundred church ministers from different denominations have registered to pay taxes on their alofa (love offering from church members) with the Ministry of Customs and Revenue (M.C.R.).

From the total of 644 of those already registered, the Congregational Christian Church of Samoa (C.C.C.S.) holds the highest number of those in the Ministry’s database of 189 (29%).

The statistics are confirmed in a table from the M.C.R. Chief Executive Officer, Matafeo Avalisa Viali – Fautuaali’i in response to queries from the Samoa Observer.

“We had from early 2018, done registration of 189 names of C.C.C.S. pastors who reside and preaches in a village congregation parish,” said Matafeo.

“There are about 200 parishes and we are continuously updating our registration database to remove the retired pastors and insert the names of newly appointed one to a parish.

“For information, a few C.C.C.S. pastors (5% of 200) came into the IRS office to register, voluntarily without endorsement of the C.C.C.S. Head office, but the rest were registered from information we obtained from publically available information (about 95%).”

A table  provided by the Ministry shows 147 (23%) church ministers from Catholic church have registered,  99 (15%) from the Methodist church and 86 (13%) from the Assembly of God (AOG) denomination.

There are 76 (12%) church ministers from other religious denomination being registered, 16 (2%) from Nazarene, 11 (2%) for Pentecostal and Samoan Independent Seventh Day Adventist Church.

The Worship Centre has 1% or equivalent of nine church ministers that are on the registry to pay tax.

Matafeo confirmed that every month, pastors or church ministers of parishes of every congregation, are required to file their monthly tax return using the statutory tax form.

“Once you are a registered church minister or pastor of a congregation parish, you are required to file your monthly tax return,” she said.

The C.E.O. also said that the Ministry continues to issue a standard reminder notice to all registered taxpayers including church ministers regardless of the state of emergency orders and restrictions.

“The Ministry is aware of the SOE orders for covid-19 and will consider those conditions of no church gatherings allowed, when tax assessments are raise and issue,” she added.

Follow-up queries to Matafeo on how much does the Ministry forecast to gather from the church ministers tax were not responded to by press time.

In July last year, charges against 20 church ministers from C.C.C.S. of failing to withhold tax and file tax were dismissed by the District Court.

As a result of abiding by C.C.C.S. General Assembly resolution in 2017 to oppose the legislation by non-compliance, the church ministers in the case posted in different villages were charged.

The church ministers that includes the former C.C.C.S. Chairman, Rev. Elder Tautiaga Senara pleaded not guilty to the tax charges.

In his decision, Judge Leota Raymond Schuster ruled that the prosecution failed to identify the defendants as ministers of religion.

“I find the prosecution’s evidence on identification very vague and not sufficiently specific that taken at its highest is such that a jury properly directed could not properly convict on it,” he said.

“There was no evidence corroborating the evidence of the C.E.O. [M.O.R.], Siaana and Ian from the MOR officers who actually went out and allegedly obtained personal details relating to the 20 defendants.”

Since the dismissal of the charges against the church minister, Prime Minister Tuilaepa Dr. Sailele Malielegaoi said Government will pursue the matter by charging the preachers individually. 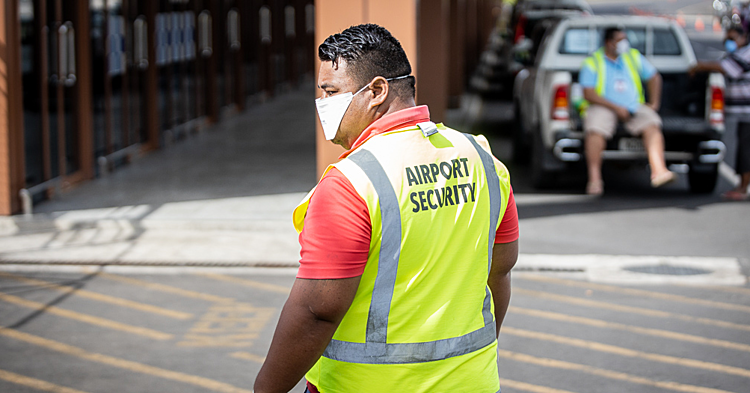