Matai from the Palauli West constituency during a meeting with their M.P. Afoa Faleulu Mauli. (Photo: Supplied )

More than 20 matai from the constituency of Palauli West in Savai’i have told their Member of Parliament to be “brave” and oppose bills before Parliament for overhauling the Land and Titles Court.

During a meeting between the representatives from each of the sub-villages of which Palauli West is composed and the local M.P., Afoa Faleulu Mauli, on Friday, the matai made it clear they do not accept the bills.

The matai also reminded the M.P. of his duty to deliver the views of his constituency inside Parliament without fear even if it draws him into conflict with the Prime Minister.

In a telephone interview with the Samoa Observer, one of the matai at the meeting, Faletuai Toeafe Leatamoa, said the reason they decided to come to Upolu to see their M.P. was to underscore their opposition on the bills.

“Our member has not been coming to our constituency so we came to Upolu to see him and inform him of how we felt about the bills,” he said.

“We do not support it and should he decide not to deliver the views of the constituency then he knows how we feel about that.”

In a video obtained by the Samoa Observer of the meeting, Faletuai told their M.P. that he should have visited his constituency to garner their views so he could convey them to the Parliament.

“This should've been done in Savai'i, you should've come to Savai'i to gather our thoughts and views on this," said the matai.

"Afoa, ask the Prime Minister why are the bills being rushed while Samoa is under restrictions for the pandemic.

“What is so wrong with our Constitution that it had to be amended, but it was founded and instituted on the foresight of our ancestors who are no longer with us?

“The Constitution that was founded on our Christian principles and our customs, it’s unique but now they want to amend it.”

Furthermore, the matai from Palauli West challenged their M.P. to be vocal and not feel oppressed by the Prime Minister.

He told Afoa that the constituency is aware that often the Prime Minister will ask M.Ps to resign if they go against Government policy.

But Faletuai told Afoa to stand his ground and be firm on the views of the constituency.

“Afoa, be brave: your constituency has come from Savai’i to tell you of how we feel about the bills,” he said.

“We wish you well on the remaining time of your term. Voice the position of your constituency and we can assure you, you will return [in the next general election].”

Another matai from Palauli who spoke during the meeting said the main opposition from the village was motivated by a provision that would limit the number of matai sao (high chiefs) per family.

He said the Government should not interfere with decisions passed down by families onto family matai holders.

Contacted for a comment, M.P. Afoa said he would deliver the will of his constituency. 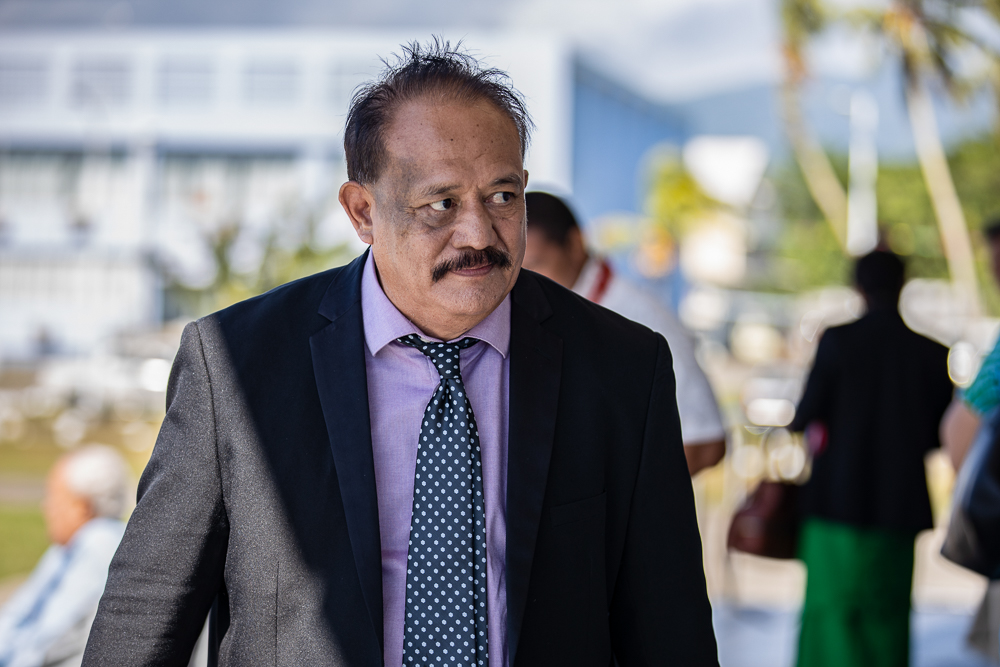 He pointed out that the Special Parliamentary Committee dedicated to consulting with the public about the bills are now in Savai’i and his constituency is welcome to express their views before the panel.

“If after their submission before the Committee [...] my constituency still opposes the bills then that is where I stand,” said Afoa.

Asked if he will still oppose the bills should the Prime Minister call for a party vote to support the amendments, the M.P. said the decision will be made when the time comes.

“We will cross that bridge when we get there,” he said.

“But at the moment my constituency has informed me of their views and the Committee is also going out to do consultation.”

The M.P. was also asked why he did not inform his constituency of the amendments before Parliament.

Afoa said that, since he entered parliament, decisions on amendments being discussed have always been left to him to decide for his constituency.

He said this is the first time that his constituency has strongly come out to express their views on the bills.

“We have the Parliamentary Committee process underway and there is no need for me to duplicate that role of explaining the amendments; that is another responsibility of the committee,” he said.

“It is good that the committee is going out so that the elders from the constituency together with other members of the public can ask questions about the bills.”