Samoa
Businesses around town have reported closing down and laying off staff in the wake of a major economic downturn. (Photo: Au'fai Areta Areta)

A near $40 million economic relief package for the coronavirus (COVID-19) downturn will form the bulk of a $66 million supplementary budget presented today, documents obtained by the Samoa Observer have revealed.

A total of about $40 million in the budget is dedicated expressly to measures designed to stimulate the economy in the wake of the coronavirus-led downturn, the documents show.

The full supplementary budget, contained in a Cabinet directive, will be tabled to Parliament for approval today.

About 40 per cent or $27.53 million will assist the citizens mainly through relief and waivers on household loans.

Another $12.5 million or 20 per cent is for the private sector and includes Samoa National Provident Fund relief and rental subsidies. 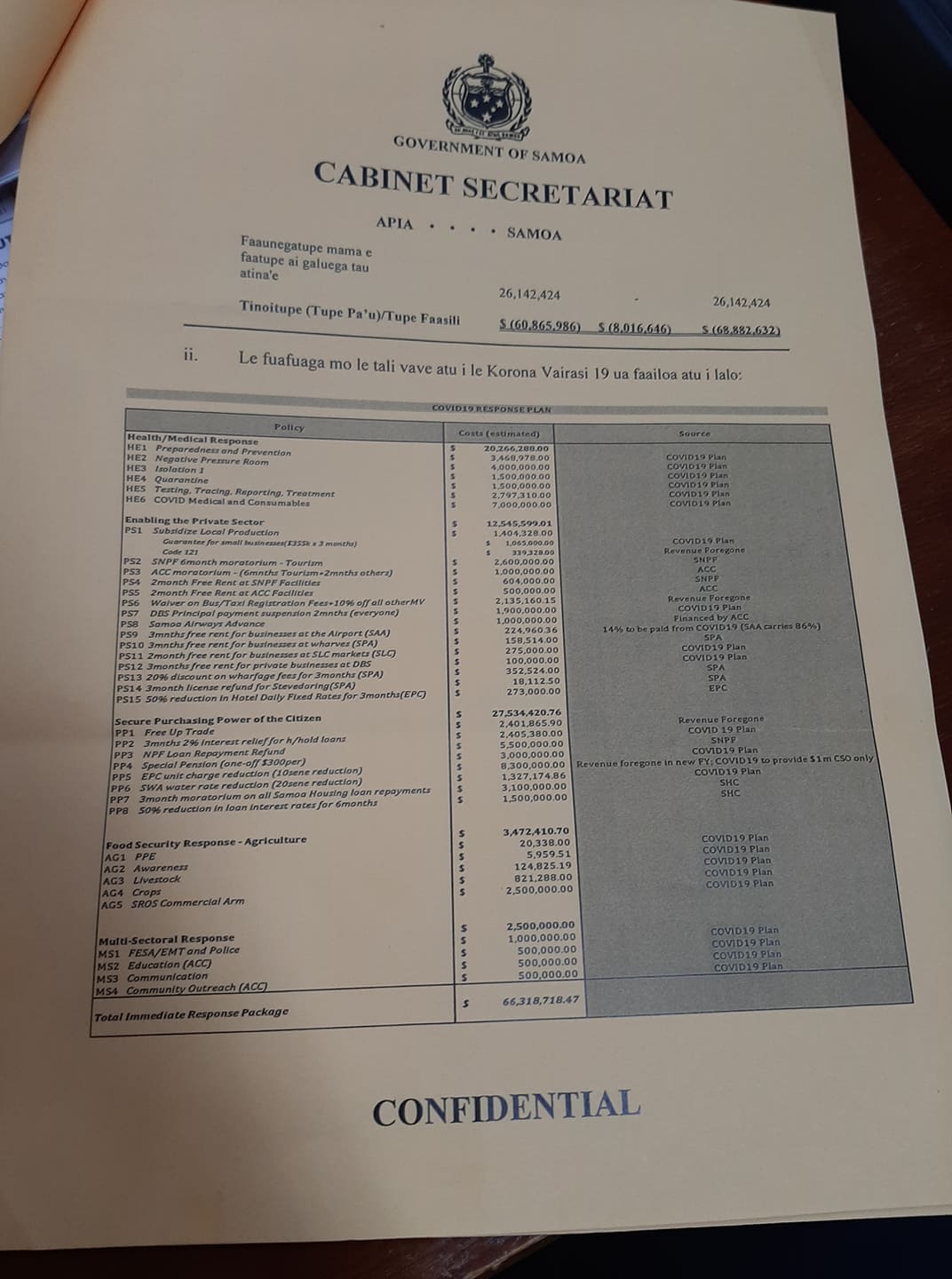 For the private sector the Government will provide local production guarantees for small businesses to the amount of $1.4 million; offer an S.N.P.F. moratorium for six months for the tourism valued at $2.6 million; and Accident Compensation Corporation (A.C.C.) waivers valued at $1 million for the tourism sector and two months for others.

A total of $1 million is to be advanced to Samoa Airways which has recently concluded its wet lease with Malindo Air.

The government is also waiving its rental for Samoa Airport Authority facilities for three months, including the Samoa Port Authority and the Development Bank of Samoa to the amount of $483,474.

The Government is also waiving rental for the Samoa Land Corporation rent for businesses for two months valued at $275,000 and there is 20 per cent on wharf age fees for three months by the Samoa Ports Authority (S.P.A.) and a three months' license refund for stevedoring also by S.P.A. valued at $370,635.50.

Hotels will have a 50 per cent reduction in loan interest rates for six months at a projected cost of $1.5 million.

The remainder of the package includes non-stimulus measures including health and medical line items worth $20 million; food security and agriculture responses have been allocated $3.47 million and $2.5 million has been allocated for a "multi-sectoral" response such as for emergency services; education and community outreach.