Families in isolation get assistance

Maluseu Doris Tulifau and TV3 General Manager Aotearoa Pesamino give their donation to a guard on duty. (Photo: Photo Supplied)

Brown Girl Woke (B.G.W.) founder Maluseu Doris Tulifau and TV3 General Manager Aotearoa Pesamino have teamed up to come to the rescue of families currently in quarantine after they arrived in Samoa last week.

Due to the restrictions imposed on the families as part of the Government’s 14-day quarantine, they have been unable to get essentials for their babies who are also in isolation with their mothers.

However, Maluseu told Samoa Observer that they were approached by people asking if they could assist the mothers and their babies in quarantine.

"We were asked by people if we can help, and we want to make sure it's known that we are giving donations to the babies. The family members and also the community posting about babies who are at the isolation venues who are in need of wipers and diapers we decided to lend a hand and help them out," she said.

They gave wipes and diapers to three families in isolation who have babies at the Monalisa Hotel in Vaitele-uta.

"We were not allowed to see the people so we left the donations with the guards at the gate," she added.

Romeo Toailoa Sabbath, who is under quarantine at the LDS Mulifanua, conveyed his thanks to BGW and the TV3 General Manager for the donations.

"I wanna give a huge thank you to my dear friend Aotearoa and her friend Dorris of Brown Girl Woke for coming all the way to Mulifanua to bring some essentials and goodies, not only for me, but also for my quarantine mates," he said.

"We truly appreciate your kindness and generosity especially during this time. Being away from family, it's always so uplifting to see people who care for you show love. So thank you once again from the bottom of my heart.”

Some of the donations that arrived last Friday from Australia Koko Samoa were given to families who are currently in isolation at the LDS Mulifanua and Monalisa Hotel. 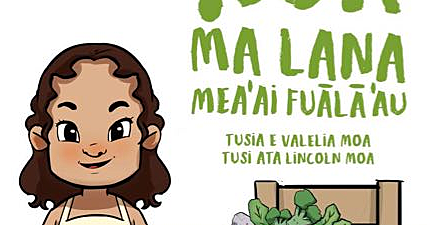