The Government is likely to stop all public transport as preventative measures of the COVID-19 (Photo: Areta Areta)

The Government will announce an extensive plan to protect the country from the COVID-19 with preventative measures considered include public ban on all gatherings, school closures and closing the border.

Tuilaepa said the Government will not wait until there is a case in the country and action needs to be taken now.

In light of the first suspected case of a young woman that flew in from New Zealand week to celebrate her 21 birthday, Tuilaepa cautioned those that were in contact with the Letogo resident.

The samples have been sent for testing in New Zealand of the woman presenting symptoms like coronavirus, he said.

“We are in a situation of the possible entrance of the virus into our country and once we receive the results it will be publicised,” he added.

According to the Prime Minister the woman flew in on Wednesday 11 March and arrived in the evening for the birthday celebration.

“I have mentioned these details because of the possibility of passengers on the same flight being infected if the tests results come back positive,” he said.

“This also means that all her relatives that have come in contact with her, her church members if she went to church and those that went to her birthday celebration are all infected if her test is confirmed.

Tuilaepa said if the test result comes back positive the number of cases in Samoa will be no less than 200.

“The government will not avoid what is needed to be done,” he urged.

The Prime Minister said the measures discussed during a meeting with the Disaster Advisory Committee and Cabinet on Thursday evening include school closure, stopping those intending to travel overseas for seasonal work, termination of students scholarships for the whole year. 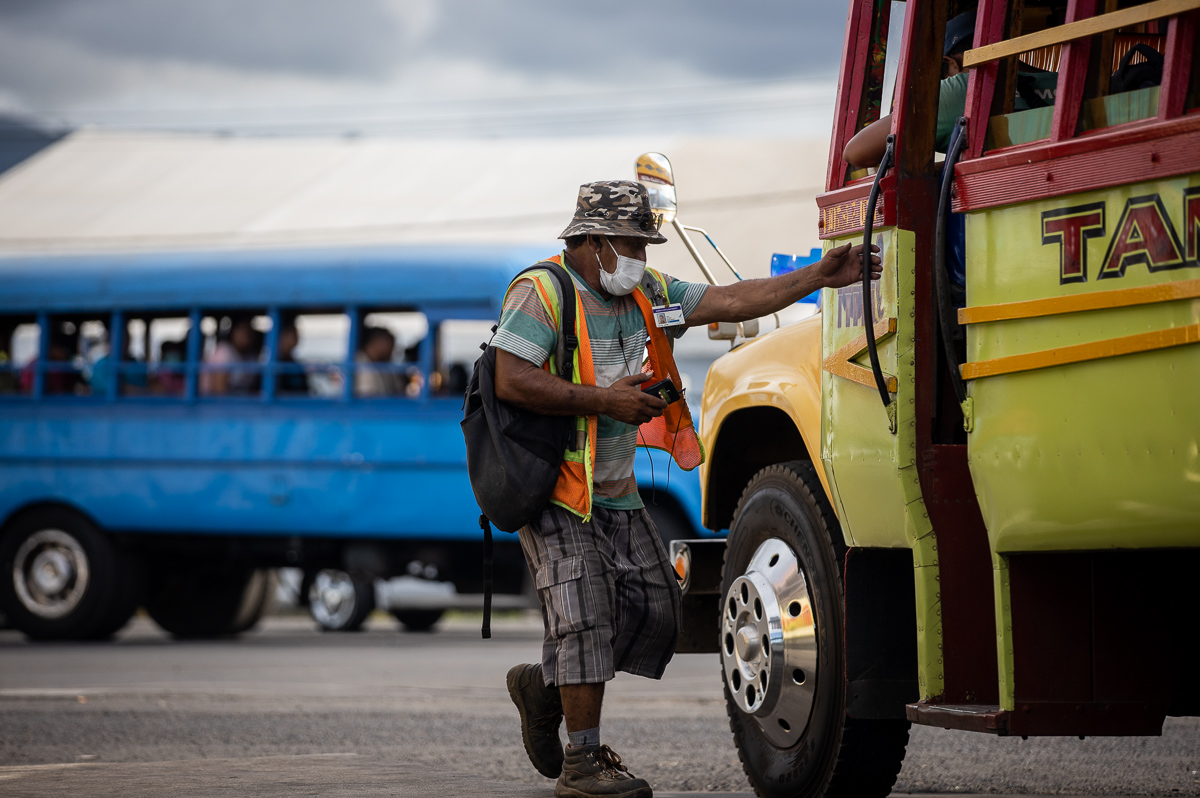 In terms of public gathering, he said they are considering banning of public transport (namely bus and taxis), ban on meetings and gatherings such as church gatherings, family meetings and celebration ; funerals and weddings to prevent the spread of the virus.

Night clubs, restaurants, bingo games and those gathering at the market is also considered for closed down.

As for the border, Tuilaepa said the discussions also touched on closing the international ports.

He warned of the possibility of the COVID-19 entering the airport and being detected later.

He said other options considered is suspending all flights to Australia and allowing only the direct flights from New Zealand so that it is easier to monitor.

“The flights to American Samoa is likely to close to protect us from those coming from the United States especially those from Hawaii,” he said.

“It will affect all our people living in American Samoa and traveling to the United States.

“We don’t want anything to happen here.”

Tuilaepa said it is better for the Government to enforce the measures now before the test results are received as it will take some time until it arrives.

“It is best to put in place the prevention measures because we cannot know for sure if there are people that have the virus and had presented the symptoms late,” he said.

Furthermore, the Prime Minister made reference to the death toll in Italy pointing out that close to 500 people have died from COVID-19 in that country.

He said if such a scenario arrives in Samoa it is deadly and could be worse than the influenza epidemic in 1918.

Tuilaepa said the final plan for protecting the country from COVID-19 will be finalised and made known on Friday.