A new birdwatching and nature trail has been opened in the 2,500-hectare Uafato conservation area to add to Samoa’s list of tourist attractions.

The project is an initiative of the Uafato village in partnership with the Ministry of Natural Resources and Environment (M.N.R.E.) and the Samoa Conservation Society (S.C.S).

The Uafato Bird Hide Trail was officially opened on Wednesday, in a ceremony led by  Bishop Lesaga Tusa of the Uafato Church of Jesus Christ of Latter-day Saints, and witnessed by senior Government officials and S.C.S. representatives including M.N.R.E. Chief Executive Officer, Ulu Bismarck Crawley. 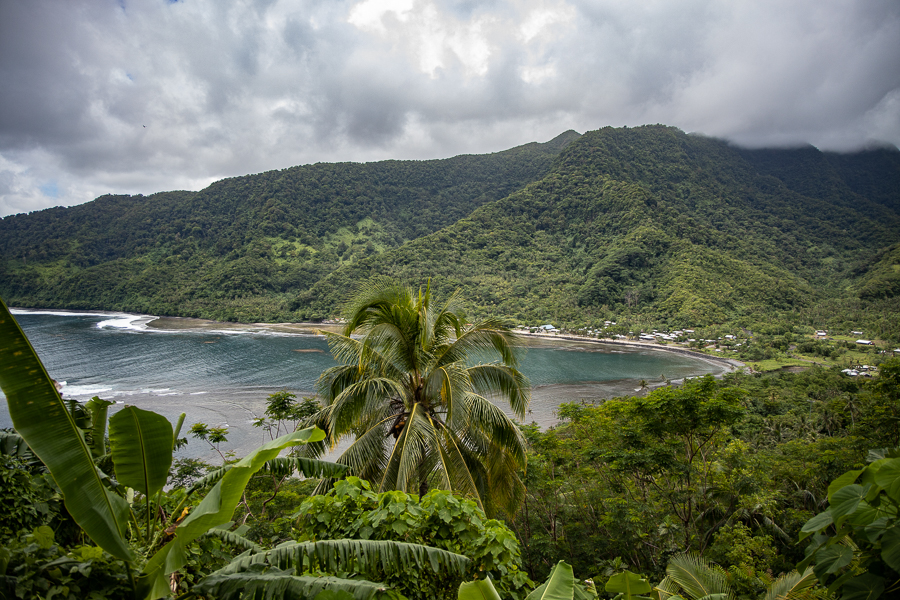 The project was funded by the United Nations Development Programme’s Strengthening Multi Sectoral Management of Critical Landscapes in Samoa Project. It is also connected to the "Saving the Manumea and Samoa's Natural Heritage Project" implemented by the S.C.S. in partnership with the M.N.R.E. 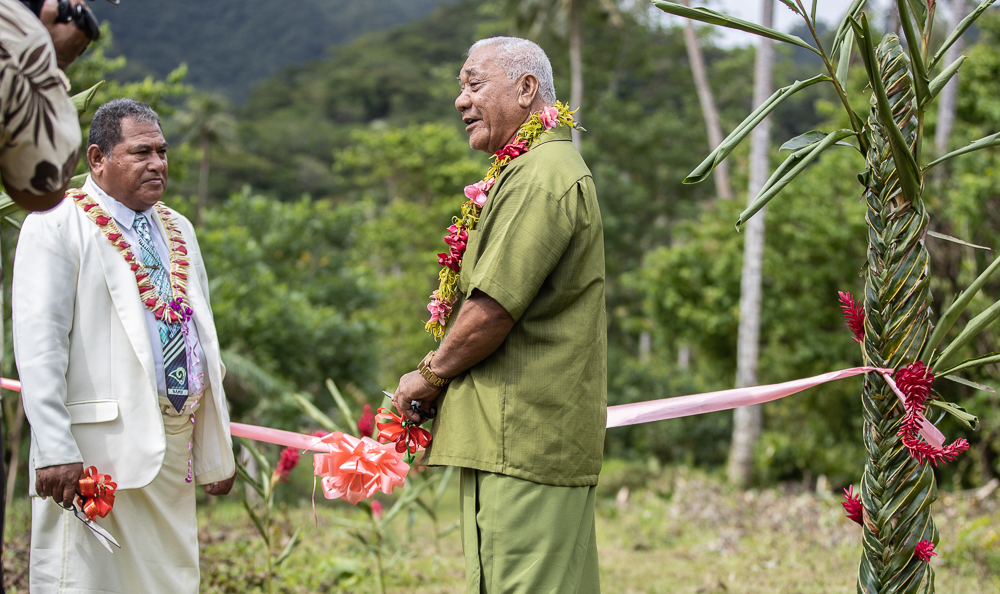 “We would like to give our thanks to the Ministry of Natural Resources and Environment for their assistance. We would also like to thank everyone who assisted in the development of the nature trail and the bird hide,” she said. "This project was carried out within nine months and three members of the Uafato village attended training to become tour guides of this site. The Manumea is a bird that is only found in Samoa and it needs protection because it is an endangered species.”

A Uafato village High Chief, Tovale Tuimalatau, thanked the Government for its assistance in the project and reiterated the Manumea is an endangered species and should be protected.

Uafato villager, Gordon Vaito'elau Levasa, who took invited guests at the Wednesday opening on a tour of the birdwatching and nature trail, told Samoa Observer that they were thankful for the project as it will generate income when tourists visit. 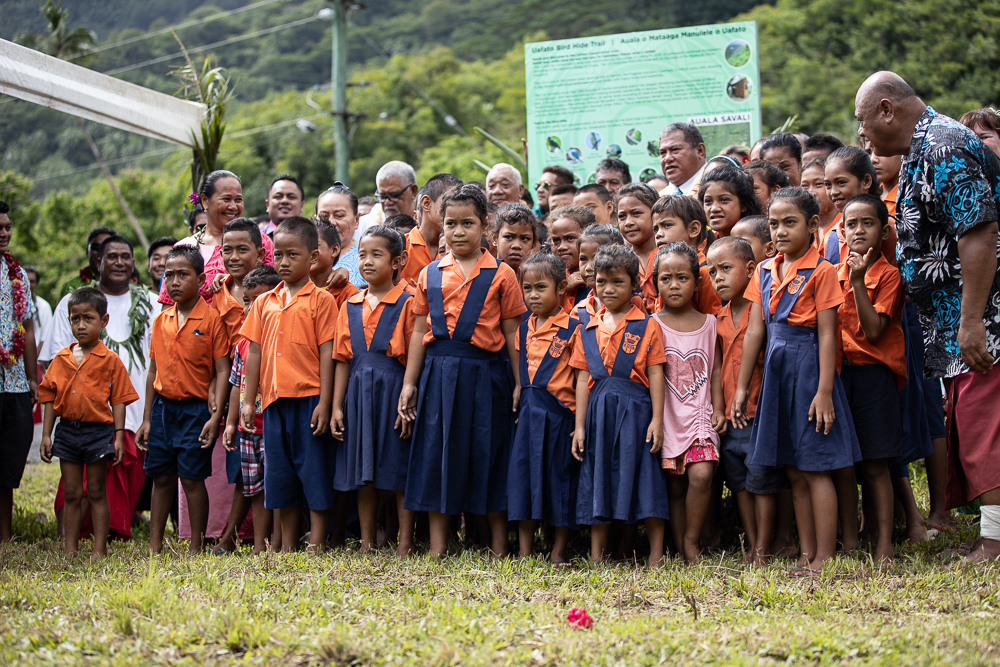 "This project is really important to our village because it will be a way for tourists to come and view the Uafato Conservation Area through the Bird Hide," he said. "Starting next week, people in the village will get jobs to make the trail better because it needs a bit more work. Some members of the village will also become tour guides to lead the tourists to the bird hide.”

Mr. Levasa said any income he generates from the birdwatching and nature trail will enable him to take care of his family and contribute to the church. 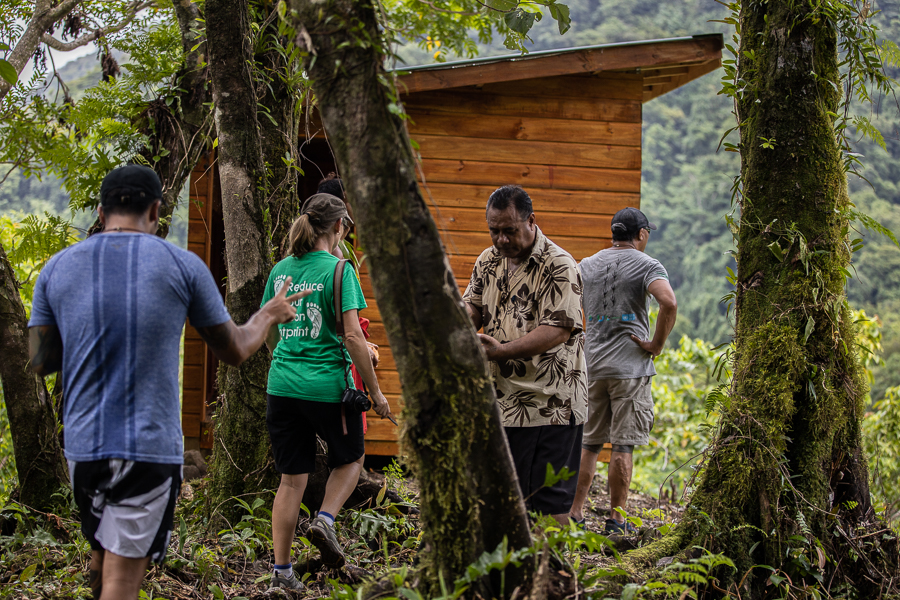 Jane Va’afusuaga of the SCS said she was excited for the project as there has been recent Manumea sightings in the area.

“This is very exciting because the recent Manumea sighting was here in Uafato. Tourists will be able to go bird watching in the area. The trail up to the hide takes about 25 minutes to get there.”

According to Mrs Va'afusuaga, the nature trail and bird hide will generate income for the village as the trail will attract tourists and bird watchers.

“This will enable people to bring income into the village because they have tour guides that have been trained to bring tourists up the trail," she added. 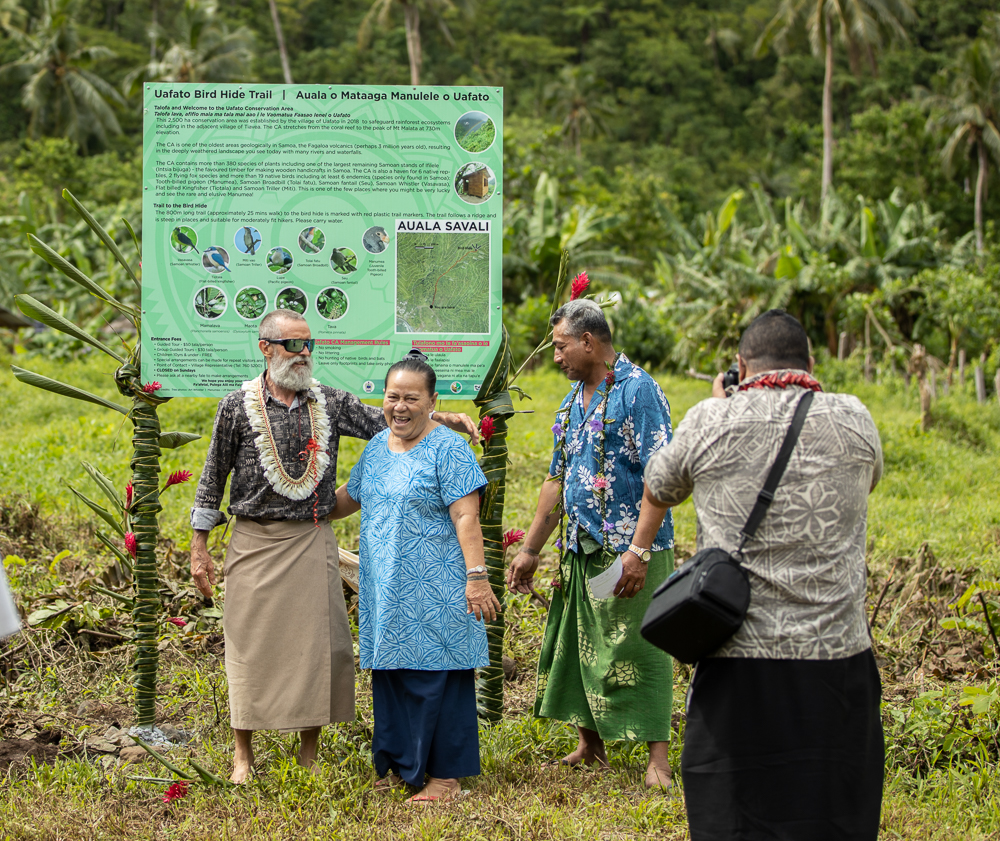 The 2,500-hectare Uafato conservation area is one of the oldest geological areas in Samoa. It contains more than 380 species of plants and is a haven for six native reptiles, two flying fox species and more than 19 native birds including the Manumea. The trail to the bird hide is 800 metres long and would take about 25 minutes to walk.

Samoa’s Prime Minister, Fiame Naomi Mata’afa has revealed that she planned to reti...

“Vengeance is done” were the last words of the Faleata No. 3 M.P. Lealailepule Rim...

Prime Minister, Fiame Naomi Mata’afa did not hold back when she spoke about the fi...