Resilient advocate for Fa’afafine and S.F.A. Human Rights Council representative, Vaito’a Toelupe, has condemned the views of rugby star, Israel Folau, made against the gay population.

“Today is about going against homophobia, transphobia and biphobia IDAHOTB 2018 with the theme alliances for solidarity.”

“He’s entitled to his own opinion, but not when it harms human beings and communities, for example us the Samoa Fa’afafine Association,” said Toelupe.

Vaito’a told the Samoa Observer that Folau should stop pointing his finger to their kind, rather entrenched his position on other issues that does not involve such discrimination.

The public outcry has been significant from L.G.B.T.Q.I. all over the world over Folau’s unapologetic stance and condemnation against the gay population.

During the opening of the S.F.A. Fa’afafine and Fa’atama Health Blueprint Training of Trainers, Reverend Taumafai Komiti pointed out: “We are all people of whom God died for and we must learn to see things from other people’s point of view.”

“We must also see to recognise that when God seems to bless others more than others, we belong to each other as we are all one in Christ,” he said.

Reverend Komiti also pointed out that Paul claims in Galatians the reality of our freedom in Christ, which is freedom from law and power of sin and freedom to serve the living Lord, salvation according to apostles.

“Faith alone is the way,” he said.

According to Reverend Komiti, a lot of discrimination among the Fa’afafine and Fa’afatama, men and women, is not what the apostle teaches.

“If you have faith and you are honest in your biddings within society, that is all you need,” he said.

“Whatever talent God has given you utilises it to serve in the family, society, work and Government.”

He reminded faith, love, honesty, hard work are the biddings of Christ and must be adhered to “that is the way”. 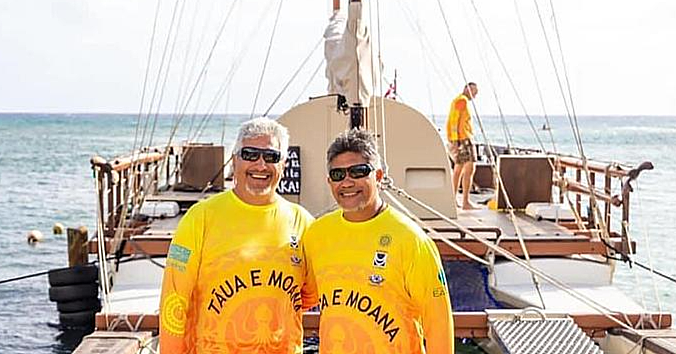 F.S.M. canoe to stop-over in Apia on the way to Cook Islands

Samoa Voyaging Society is preparing to welcome an ocean-going canoe from the Feder...