Next week’s extraordinary session of the Convention on the Rights of the Child in Samoa will be the first time the United Nations Committee holds a formal session dedicated exclusively to children, one thousand of whom will be in attendance.

Committee member and Acting Chief Justice, Vui Clarence Nelson, said the number of children scheduled to take part in the event was unprecedented.

The U.N. Committee, having agreed to meet outside of its headquarters in Geneva for the very first time, is gathering in Samoa to review work on children’s rights in Tuvalu, the Cook Islands and the Federated States of Micronesia, and to conduct a pre-review for Kiribati.

On the side-lines of the convention, members of the public and a select group of children have been invited to participate in talanoa sessions on children’s rights in Samoa, discussions that will touch on health, faith and culture, education, abuse and freedom.

Justice Vui, who is in his second four-year term on the Committee, said the opportunity to meet over 100 children at the session makes for a welcome change from the dozen that typically attend sessions in Geneva.

“The most children we have had on my time in the Committee, sitting in front of us, would be about a dozen, because it’s expensive,” he said.

“You can’t just pick people up and fly them to Geneva; it’s not a simple process. The opportunity to do this with 100 children is outstanding.”

The children, who are between 14 and 18 years old, come from around nine schools on Upolu have been invited to attend side sessions on Samoan children’s rights issues. Five will be selected to co-moderate the sessions alongside a U.N. representative. 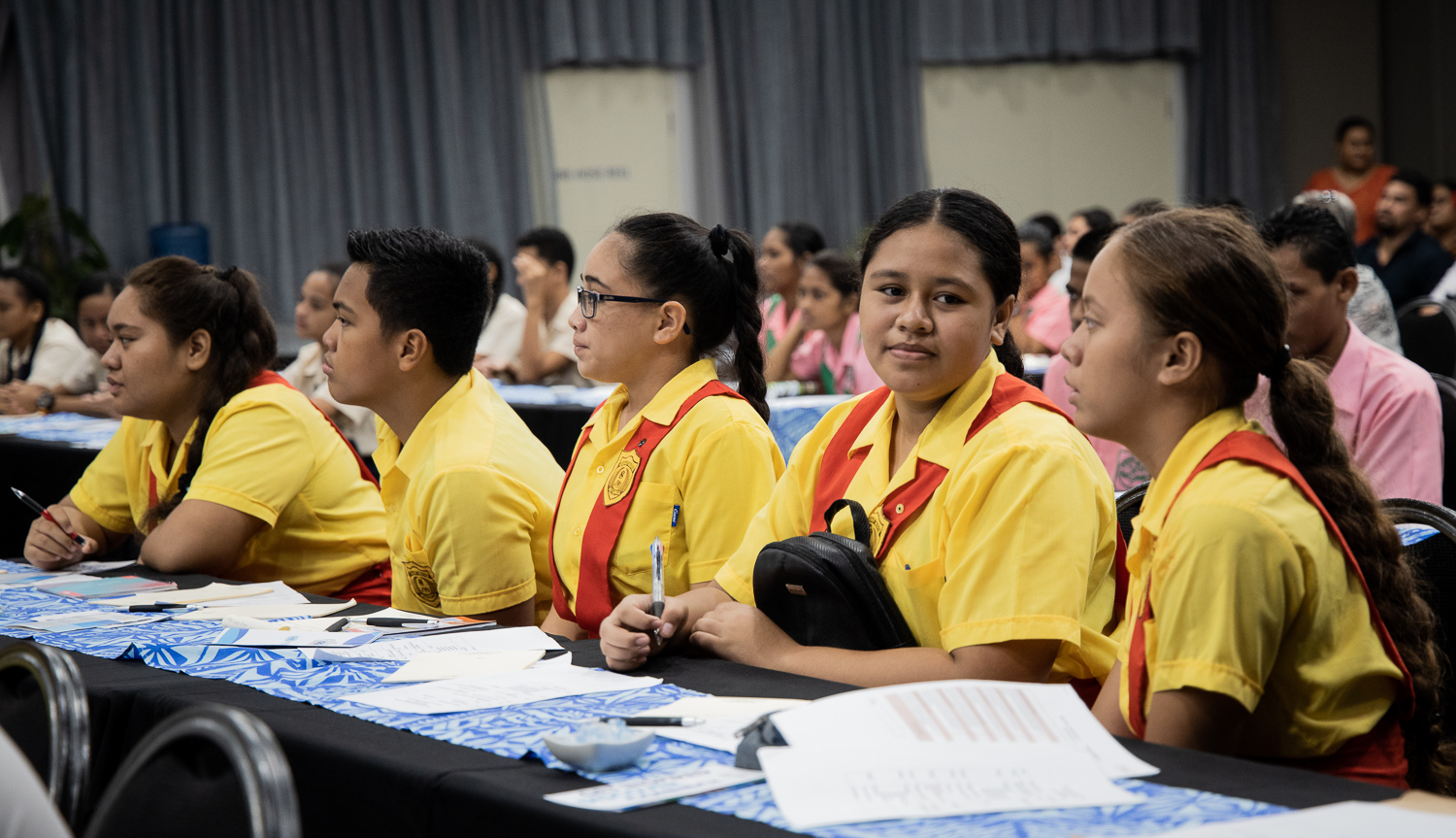 Pacific Community Programme Manager Ashley Bowe said he hopes many people will attend the public side events, and they are completely open, either in person or via the online stream.

“We are expecting a far bigger audience and a very exciting audience,” he said.

“On Monday, there will be over 1000 children there. My understanding is the Committee on the Rights of the Child has never had a formal part of this session where it is dedicated solely to children, so an audience of only children with direct contact to the Committee is a wonderful achievement and something we should celebrate.”

All committee members (except some who could not attend for personal reasons, and one who was denied entry to Samoa because they are from Japan, a country with widespread transmission of C.O.V.I.D.-19) will be attending the side events and will participate in the panels and discussions held.

The U.N. Children’s Fund (U.N.I.C.E.F.) Chief of Communications, Cate Heinrich, said the children have been given resources, concept notes and background information to study about the topics of the side events, in order to better prepare for the week ahead.

Regional and local civil society organisations, church leaders and village chiefs have als9o been invited to attend the sessions and share their views on children’s rights, as well as hear from the children present. 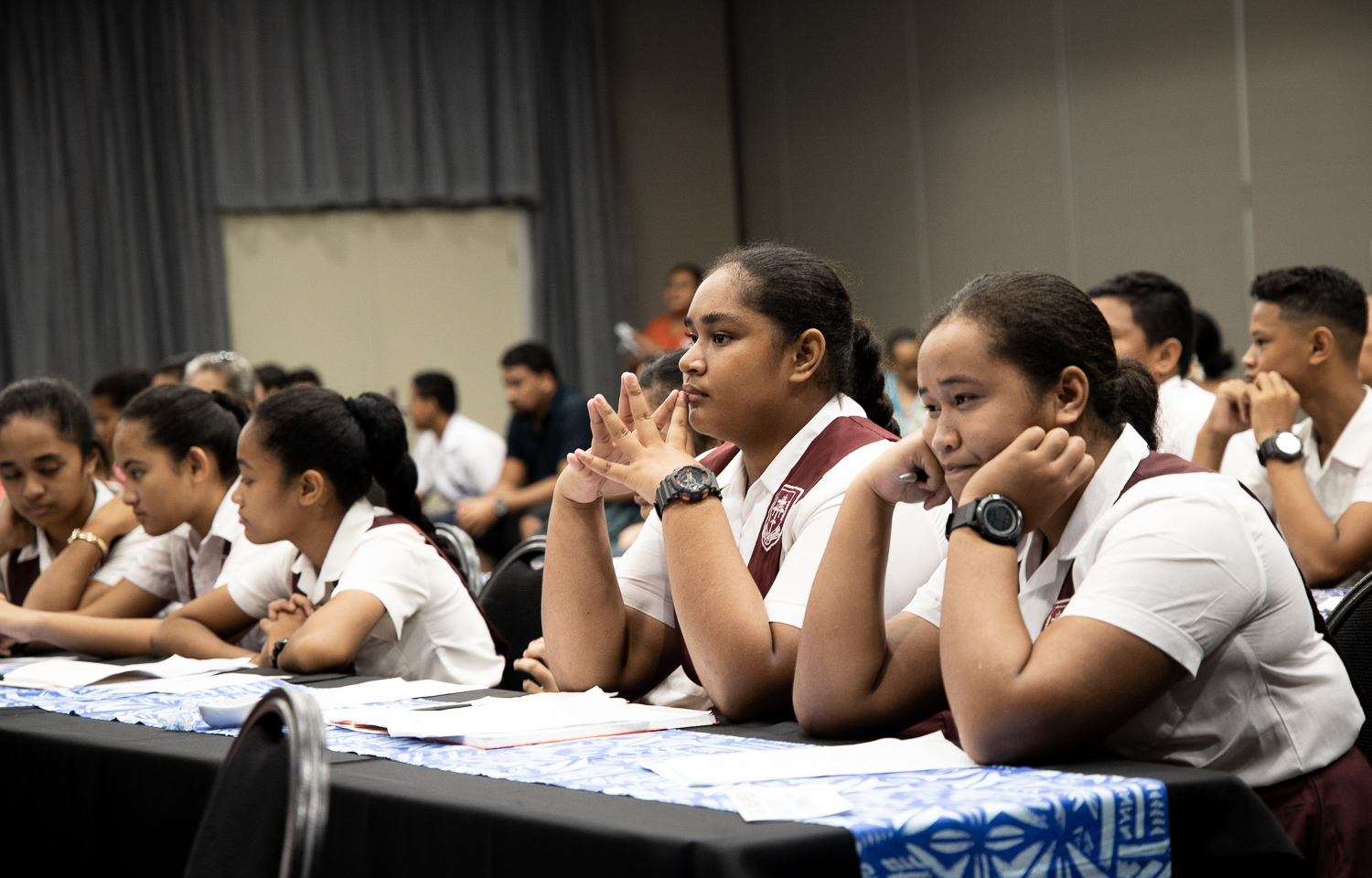 Organisations from Tuvalu, Tonga, Kiribati, Vanuatu, the Federated States of Micronesia, the Solomon Islands, Papua New Guinea, and the Cook Islands are sending representatives to attend the sessions, which explore how the U.N can support them, what the Human Rights council does, monitoring and evaluating their work and building child participation in their organisations.

In his years on the Committee, Justice Vui said just Tonga has attended their reporting session in person at a previous Geneva meeting: for the majority of member states, the journey is too arduous and expensive.

The Committee being staged in Samoa allows for the delegations of countries reporting to the committee (Tuvalu, Cook Islands and Federated States of Micronesia) to bring substantially larger delegations.

The Samoa Cancer Society (S.C.S.) has installed information booths at each of Savaii’s hospitals, saying it will improve community awareness of the disease