Judge Fepulea'i Ameperosa Roma with his wife Diana Roma and their children (Photo: Vaitogi A. Matafeo)

His Highness offered his well wishes during the swearing in ceremony held at his Vailele residence.

Justice Fepulea'i took his oath to serve Samoa before the Head of State, Acting Chief Justice, His Honour Vui Clarence Nelson, Prime Minister, Tuilaepa Dr. Sailele Malielegaoi and many others. 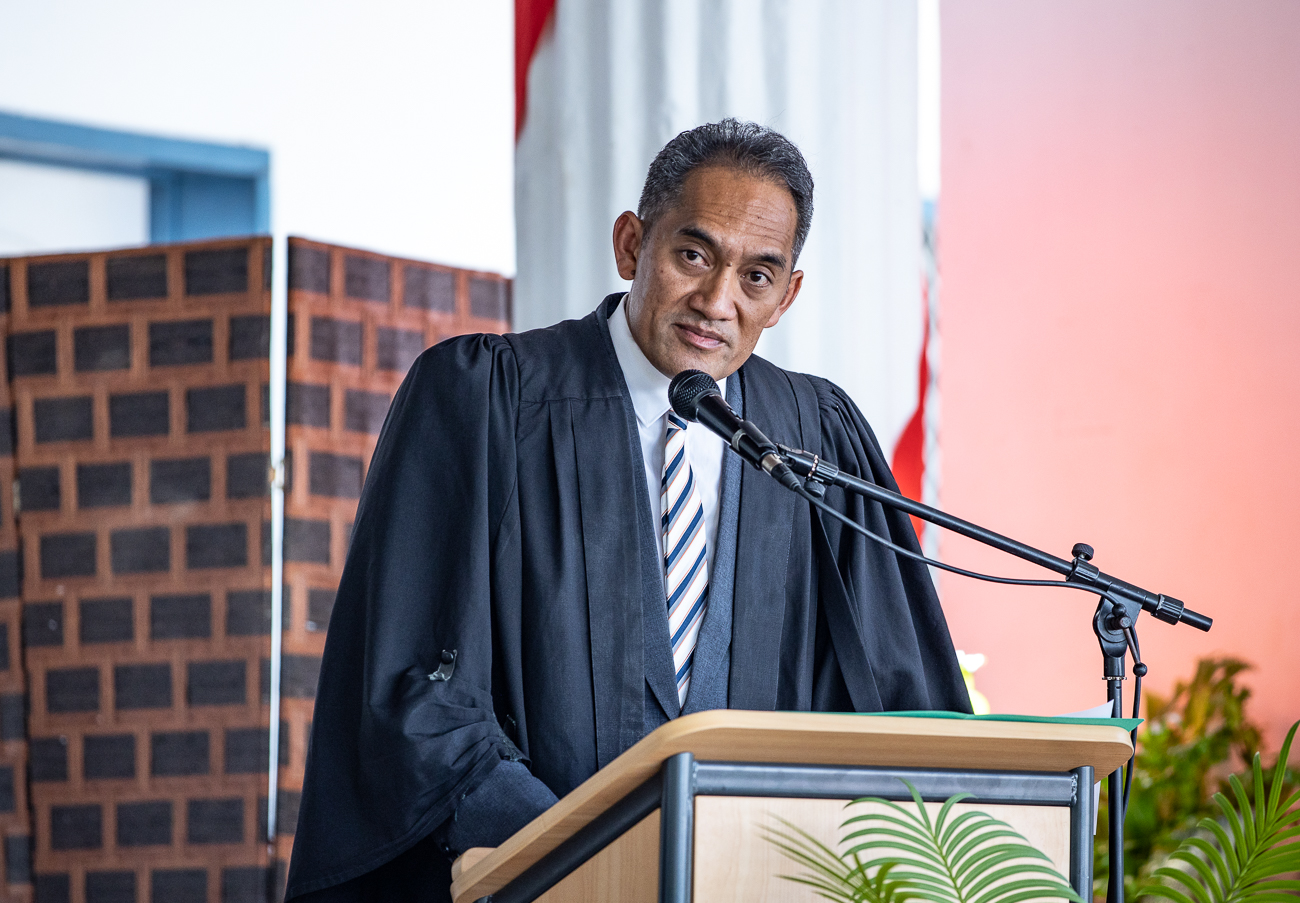 “I will perform all my duties as a new Supreme Court Judge of Samoa with all honesty under the guidance of the law,” Justice Fepulea'i said.

The 43-year-old from Saleaula and Alafua thanked the Head of State for accepting and trusting him to take up a new role.

“I also thank the Judiciary Services Commission for the advices that led to my new appointment.”

He also acknowledged the Acting Chief Justice, His Honour Vui for believing in him. 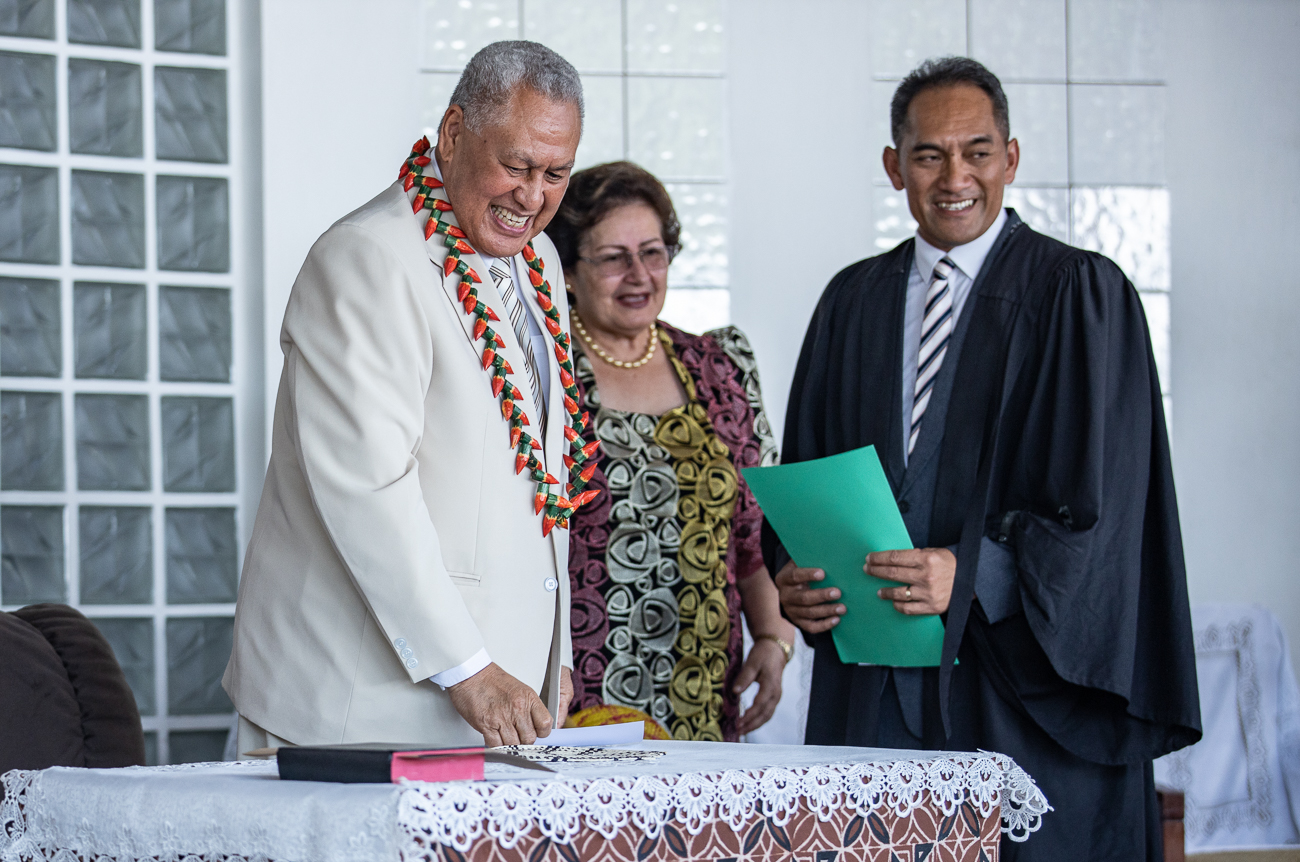 “I also thank the Prime Minister and Cabinet for supporting the work that the Judiciary does.”

Justice Fepulea'i acknowledged the support from his families and friends especially his wife, Diana, and their children.

“I will never forget Judges who have contributed to my career through advices and guidance such as former Chief Justice Patu, Lesatele Rapi Vaai and Vaepule Vaemoa Vaai.

“Thank you for your guidance and advices throughout my journey.

“I feel grateful and humbled by this new role and I depend entirely on God to help me throughout any challenges and difficulties.”

Justice Fepulea'i has been a judge at the District Court for six years. 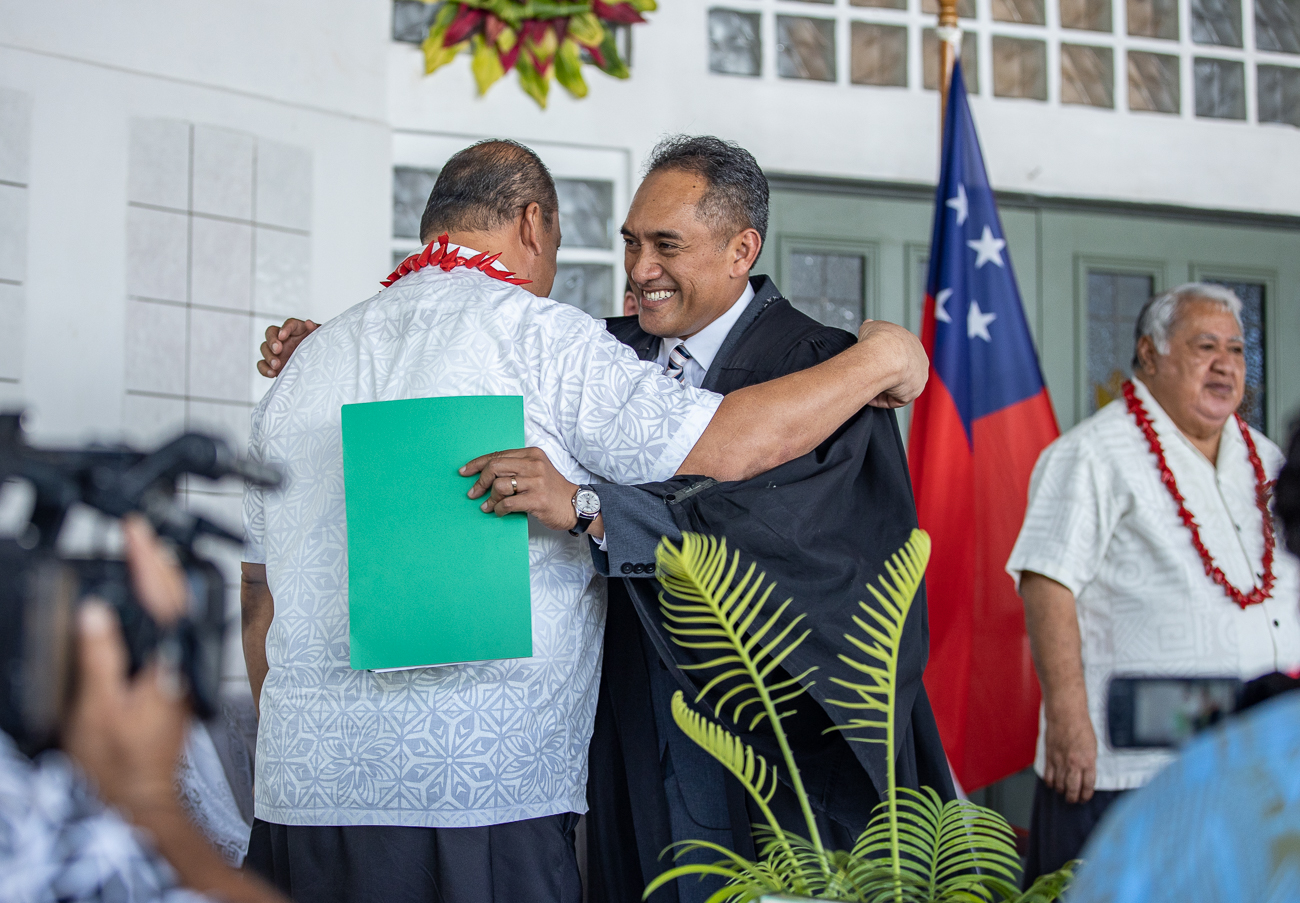 “I did not see this coming and for six years I have been working very hard not only in the District Court but I also assisted in the Land and Titles Court.

“I know that there will be different matters dealt with in the Supreme Court but I think that there is no difference in terms of the line of work we do."

One of the two Shanghai Construction's abandoned temporary office in Tuanaimato was blown to the ground on Staurday due to strong winds.

All consumers under independent water schemes in Upolu and Savaii have been warned to boil their water before consumption to avoid water borne diseases.