No measles death during past 24 hours, 74 new cases recorded

The measles epidemic death toll remains at 72 for the second day in a row. (Photo: Vaitogi Asuisui Matafeo)
Health

There were no measles related fatalities during the past 24 hours, the Government reports, as new infections fell to just 74.

There are 160 inpatients remaining, 124 of which in Tupua Tamasese Meaole Hospital and 19 in Leulomoega District Hospital.

There are 14 patients across Savaii’s hospitals. The Government report 86 per cent of all patients have been discharged.

The slowdown in new cases will be welcome news to the country which in just four weeks has built immunity up to 93 per cent through a mass vaccination campaign.

But for those who have already lost family to the disease, including some who have lost more than one child, the news will be bittersweet.

Vui even called for the resignation of the Director General of Health, Leausa Dr. Take Naseri. “The Prime Minister [Tuilaepa Dr. Sa'ilele Malielegaoi] should sack him,” he said.

“The Government was acting based on the advice by Leausa [during the measles crisis]. Three months ago he (Leausa) downplayed the seriousness of the impact of measles.”

Prime Minister Tuilaepa has said he will not consider resignations.

At least six countries have sent emergency medical personnel and resources to Samoa to help with the crisis, including two independent paediatric wards built around the hospital grounds.

Last month, the Government declared a state of emergency to deal with the epidemic more efficiently. It is due to expire on Monday.

A driver and three passengers have escaped death after the car they were in smashed into the Yong Xing store at Puipa'a on Monday morning. 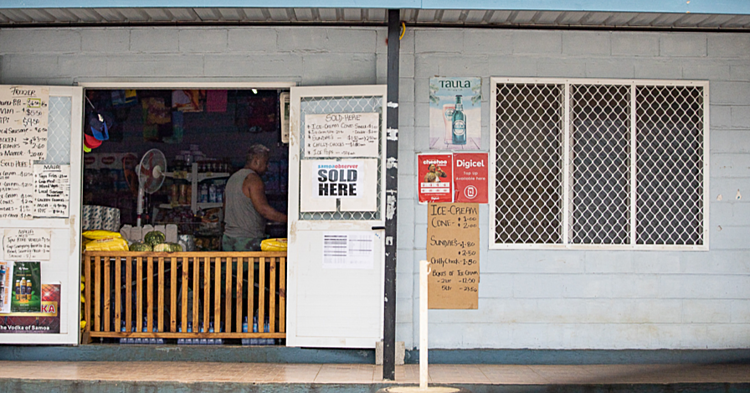 The Police will not stop shops from selling goods over the counter or from a window outside the mandatory State of Emergency lockdown hours. This was confirmed by the Police Commissioner, Fuiavailiili Egon Keil, who said the Police understand that shop owners are also hurting and they are trying to survive.