“I will do it, I’ll be champion again" - Lupesoliai Joseph Parker

"I wanna go hard and win the belt for Samoa and New Zealand, defend it, smash them, and then retire at the top." (Photo: Aufa'i Areta Areta)
Boxing
Samoans abroad

Lupesoliai Joseph Parker is going to do everything he can to get back to the top of boxing before he walks away in a few years.

“I wanna be champion of the world again, or unified champion, and I’ve given myself three or four years, after that I’m gonna retire," he told the Samoa Observer.

“I think it’ll take two or three fights, and I’ll reach the top again, I’ll fight for the title again."

Lupesoliai, who is in Samoa on a 10-day trip with family, said he will work towards locking in the first of those with his team before the end of the year, on his return to New Zealand.

“At the moment it looks like we’re gonna be fighting at the end of February, hopefully in the States," he said.

“That’s why I’m training everyday now, I’m keeping ready, staying ready. As soon as I get the call saying we’ve got a fight, I’m on the next plane back to America sparring and preparing well."

Lupesoliai said he used to slack off outside of his pre-bout training camps in Las Vegas.

“Too much time in New Zealand not training, not staying focussed, eating food, whatever, enjoying life.

And Lupesoliai told the Samoa Observer his training regime is easy to keep up in Samoa because of all the support.

“I walk around on the street and everyone’s like ‘do your best and train hard’. When I go to people’s houses they offer me healthy food.

“Now I’m extra motivated because of my kids, because a lot of people say I can’t do it."

Like boxing fans around the world, Lupesoliai was a keen spectator of Anthony Joshua's win over Andy Ruiz Jr on the weekend in which he regained the W.B.A. (Super), W.B.O., I.B.F. and I.B.A. world heavyweight titles.

“Joshua boxed smartly from the outside, relied on his reach and height," he said.

“He did what he had to do to win, and that’s why he’s a great champion."

Having fought both of those boxers in the past, Lupesoliai said he would love to take on either of them again, but having not fought since June 2019, is keen to get back in the ring fullstop.

“I said to my team I’ll fight anyone, anywhere, anytime, I don’t care who it is. Now I’m in a position where I don’t care, just get me a fight," he said. 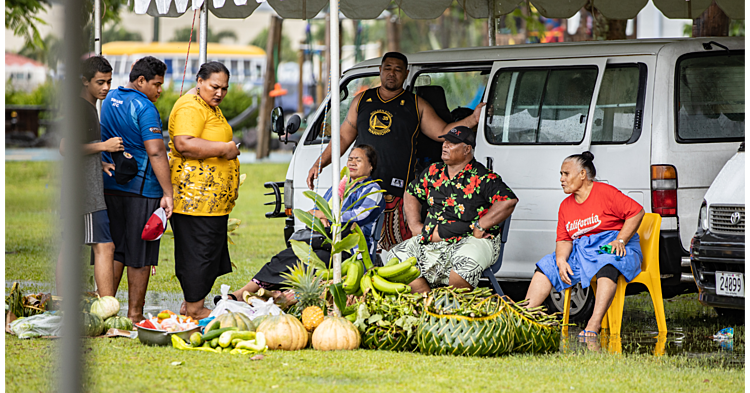