With another week at least under the State of Emergency, Samoa is reminded that the Emergency Orders are ongoing, with dozens of people breaching orders daily.

Samoa declared a State of Emergency on October 15 in a bid to clamp down on the measles epidemic that had already claimed several lives.

Today, with 70 dead and 16 in critical condition, the Government has made no suggestion the State of Emergency will be lifted after its 30 day period.

On Monday morning, the National Emergency Operations Centre released a reminder that all Orders remain in place.

No children under 19 are to be in public gatherings, nor allowed in medical facilities unless they are seeking medical treatment.

In town on Monday, several families with their children were sighted, eating lunch or running errands. Asked why their young children were not home per the Emergency Order, parents said they had their reasons. 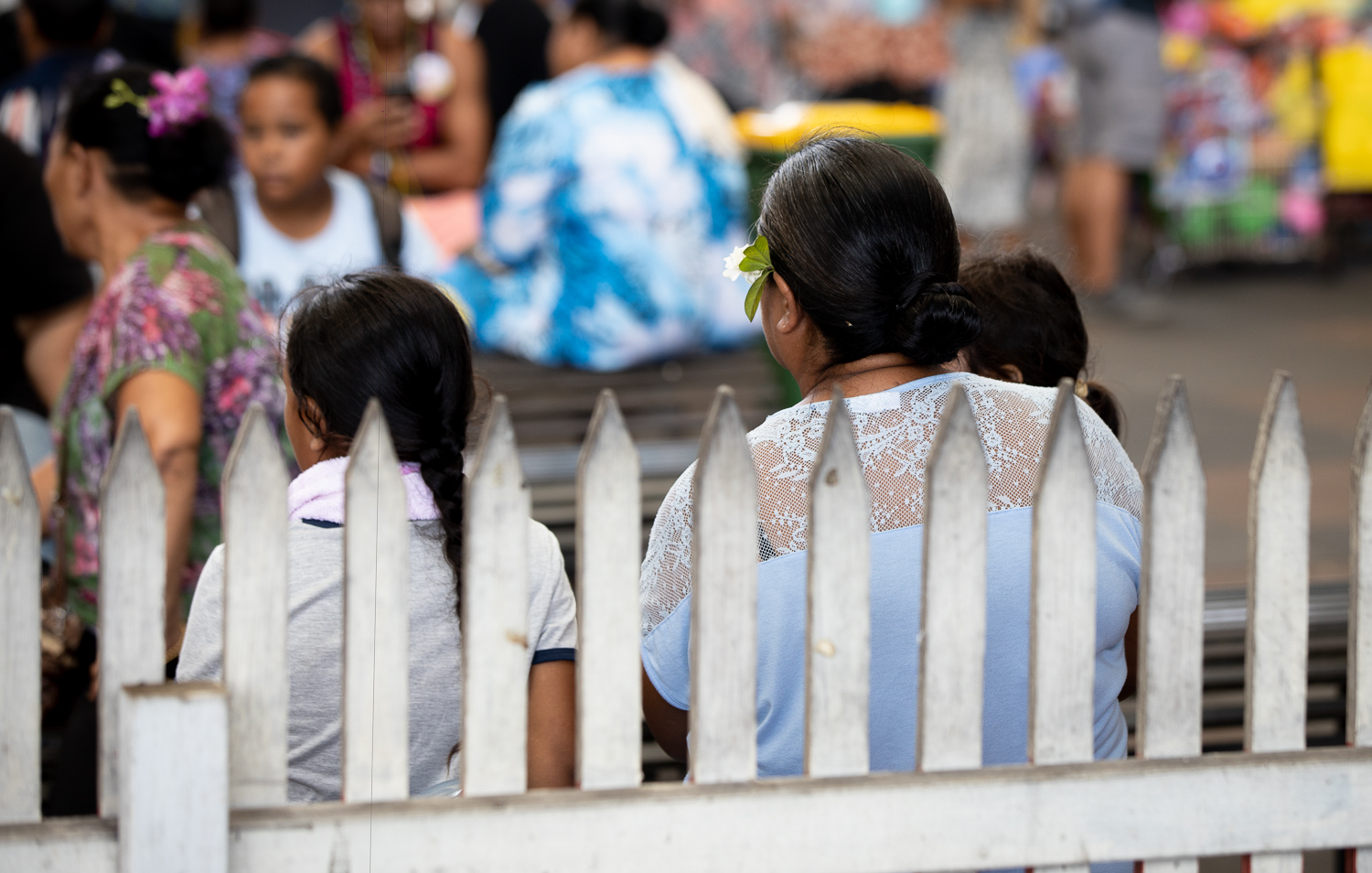 Kimberley Ioane was with her 14-year-old granddaughter Epi, having finished a dress fitting for an upcoming occasion. They were waiting for another person to join them before heading home.

“We have to stay home to be safe, it’s better to stay at home,” Ms. Ioane said.

“As long as we don’t roam around, we go straight to where we are going and head straight home,” Ms. Ioane said.

Epi was vaccinated a week ago, and said she is not worried about catching measles though she knows her immunity won’t be built up yet.

Three-year-old Sahara and her eight-year-old cousin Alisa were out with Alisa’s mother Laine Tuiloma, who said she knew about the order but needed to bring her niece to town to see her parents.

Ms. Tuiloma said Sahara stays with her in Falealili, so she wanted to make the trip to town for a change.

She said she knows about the Government order to have children avoid public places, but said both her niece and daughter were vaccinated last month.

“We just came to see her parents, and after we’ll go straight back,” Ms. Tuiloma said.

Just one of the adults the Samoa Observer interviewed had a valid reason for bringing her child, three-year-old ben to town. He had had a fever, Tina Leauga said, and she was bringing him to see a private doctor.

There were unsupervised children out and about too. Three boys, aged 10, 13 and 14 were roaming Beach Road collecting glass bottles to make a handful of coins for the day.

Asked if they knew they were breaching State of Emergency Orders to stay out of public gatherings until next week, all three said they were aware, and that it worried them.

“I came to find some bottles, I need some money,” said James Suliveta, who is 14 and from Leone.

“I’m not scared, Jesus follows me,” he said. He was wearing a blue surgical mask and a purple beanie, leaving just his eyes peeping out between them.

“God protects us,” said 13-year-old Max Joe, from Leone. The youngest among them, 10-year-old Ioane Semo said nothing.

All three proudly pointed to their marked fingernails to show they had been vaccinated last month at the Samoa Tourism Authority Fale.

But they said they wouldn’t be heading home until they finished their collection for the day around 5pm.

Joyce Matagiolo was confident her 11-year-old son Ivan wouldn’t catch measles because he was vaccinated two weeks ago.

“He’s strong, he’s healthy,” she said. When asked if she was worried she was breaching State of Emergency Orders, Ms. Matagiolo laughed. 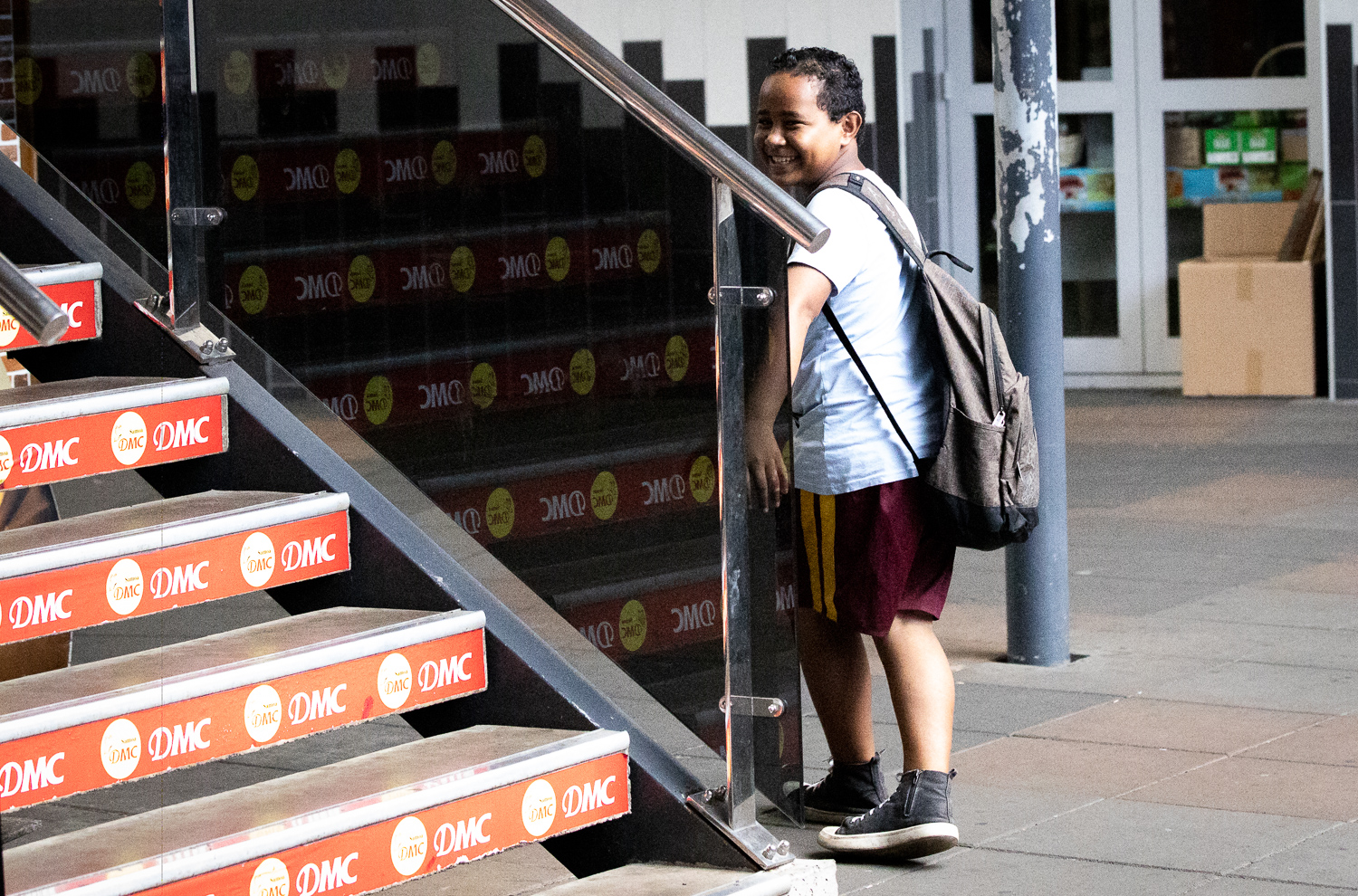 Other State of Emergency Orders include:

There may be only one over 19 year old carer with any patient in the hospital, and vaccination against measles is mandatory for the entire population.

Pregnant women have been asked to stop working and to stay home if unvaccinated or unsure. Pregnant women may not receive a vaccination.

It is illegal to promote anti-vaccination activities or hinder anyone from getting immunised.

The mass vaccination campaign operating dozens of fixed sites for immunisation continues this week and anyone still unvaccinated should attend a clinic and get immunised.

A phone line, 999 is available via call and text to order a mobile vaccination unit to come to your home.

Police are empowered to enforce all Emergency orders.

Previously, travel between Savaii and Upolu was banned to under 19’s but this ban has now been lifted.