The Federated States of Micronesia (F.S.M.) government will be donating US$100,000 to Samoa to support the fight against the measles epidemic.

The decision of the F.S.M. government has been conveyed to Apia by the US territory’s President David Panuelo.

The 21st sitting of the F.S.M. Congress passed the second reading of the congressional bill 21-107 last Friday, consequently approving the payment of the donation to the Samoa government.

The Congress had been advised that the congressional bill will enable the Samoa government fund “the highly infectious and deadly measles disease”, affecting the country’s most vulnerable population, young children and the elderly.

President Panuelo has written to Prime Minister Tuilaepa Dr. Sa'ilele Malielegaoi to advise him of the funding support from his  government.

“Prime Minister, I want you to know that the people and Government of the [F.S.M.] express our utmost condolences and sympathies for the recent fatalities stemming from this Measles outbreak. We stand with you in solidarity. It is important for Members of the Pacific Islands Forum to be one together.”

The F.S.M. and Samoa share historical ties and friendship and through marriage, according to President Panuelo.

“Hearing about children dying just absolutely breaks my heart. To our own people, citizens of the F.S.M., get yourselves and your family vaccinated. I can’t emphasize this enough,” he said in a statement.

“It’s not just your own family at risk if you don’t get the right vaccinations—it’s the entire country at risk. With this assistance on its way the people of Samoa can only give thanks to their Pacific island neighbours for their generous support.”

The Samoa Rugby Union (S.R.U.) has given the green light to all sub Unions in Samoa to resume normal activities, including tournaments, after a two month lockdown as a result of the coronavirus pandemic State of Emergency. But schools rugby and the popular local Super Nine tournament have become casualties of the pandemic lockdown. 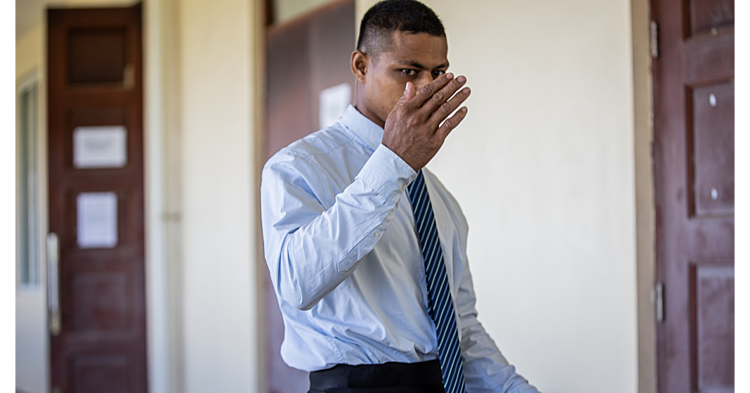 A Savai’i man has denied charges of indecency and sexual connection with a seven-year-old girl in an incident alleged to have occurred on White Sunday 2018.

Prime Minister Tuilaepa Dr. Sailele has “reserves the right to comment” on the call by the United Nations Human Rights Council to withdraw three bills to that proposes the restructure of the Judiciary.