Samoa to host Convention on the Rights of the Child

Samoa will host the first ever United Nations treaty body session outside of Geneva in March 2020.

The 18-person Committee on the Rights of the Child will gather in Apia, along with their delegations of translators and support staff, for their session and country reviews.

Acting Chief Justice, His Honour Vui Clarence Nelson is one of the committee members, and said he is immensely proud to see the body step outside the hallowed Geneva halls.

The committee approved moving the meeting to Samoa during its last session in September, as a trial of hosting meetings outside United Nations (U.N.) Swiss office, the second largest of all its operations.

“It has huge implications. You could say Samoa is reforming the U.N treaty body system,” Justice Vui said of the decision, and added that the decision for Apia to host was not due to his membership of the committee.

“The secretariat agreed to support it because they see this as a model. It’s like this is a pilot project of a committee sitting outside Geneva.

“If it becomes a horrible mess then it won’t be done again but if it’s a stunning success, which I’m sure Samoa will make it, other treaty bodies could follow.”

The meeting is a particularly salient one to host in the Pacific because the Cook Islands, Federated States of Micronesia and Tuvalu are under review, and Kiribati is under pre-session review.

Justice Vui said now, instead of having their reviews conducted over a webcast to save on the expensive and time-consuming flights to Geneva, delegates can meet and present in person.

“But now that it’s being brought to the Pacific, to their backyard, I can see them being more inclined to send people rather than Skyping, just put 10 people on a plane and come to Samoa.”

He said the session will almost certainly have climate change at its forefront, and how the small Pacific Island countries' children are being affected by rapid sea level warming, rise and acidification, among other issues.

The U.N Convention on the Rights of the Child is under the mandate of the U.N Office of the High Commissioner, which is the administrative secretariat based in Geneva’s Palais Wilson.

“Boy, are they excited in Geneva,” Justice Vui said. His committee peers are already asking for his help to book excellent hotel rooms, and to decide how long to stay in Samoa on either side of the meeting for their own travel.

In 2017, human rights academics argued that when all treaty body meetings are held in Geneva is to the disadvantage of countries in the global south.

“The U.N Treaty Bodies should ideally engage in dialogue with people on the local level on the ground, not merely with the few government officials and well-endowed NGOs, who are able to attend sessions in Geneva,” write Professor Christof Heyns and Willem Gravett.

“It becomes easy to understand why there might at least be a perception that the system will be skewed towards perspectives dominant in the Global North.

They also mentioned the imbalance for countries geographically closer to Geneva, who get a “home ground advantage” when it comes to reporting to the treaty committees.

“Their top officials and lawyers can simply take the morning train to the Cornavin train station in Geneva and convey their message to the experts in Palais Wilson, all in a day’s work.

“It is a very different picture, in terms of resources, logistics, and psychology for delegations from, say, Jamaica or Swaziland, for whom the Palais des Nations is far away and completely foreign territory.”

They argue bringing the treaty bodies closer to people “on the ground” (outside Geneva) will ensure the success of the international human rights systems they are tasked with upholding. 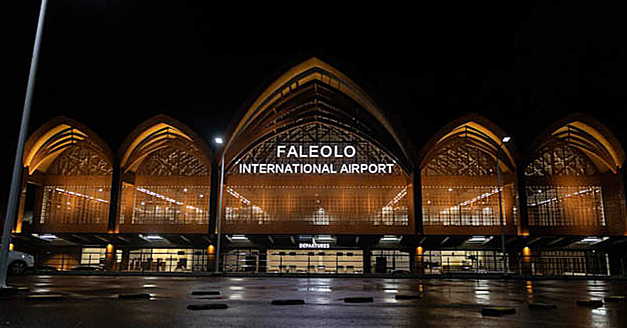 Close to 200 passengers were forced to disembark from an Air New Zealand flight at...