S.N.D.P. strategy banking on getting out the vote

The Samoa National Democratic Party (S.N.D.P. ) has its sights set on the 2021 General Election already and it believes the simple act of encouraging people to vote may hold the key to what today seems like an impossible goal: unseating the Government.

In an interview with the Samoa Observer party leader, Asiata Valasi Tafito, said many members of the public had been calling for change but still not registered to vote,.

"It is nice to hear people come forward voicing the need for change, and the Prime Minster's ears are probably tired of the same sentence but my straight answer to the public is to be faithful in front of the Lord," he said.

But legislation could help their cause, too;  under the Electoral Act 2019 Section 63, it is the duty of every voter registered voter to vote at each election.

"With the eight elections I've participated in, I cannot help but feel sorry for the candidates due to the lies from the people, who promises to one candidate and says the same with the other; all for money," Vui said.

"And after that, they just go back to suffering and talking but it was their choice."

Vui added that the continuous prayer of the new party is to "go register".

"Go register, and then come register under the flag of S.N.D.P., to ensure that there will be change," he said. 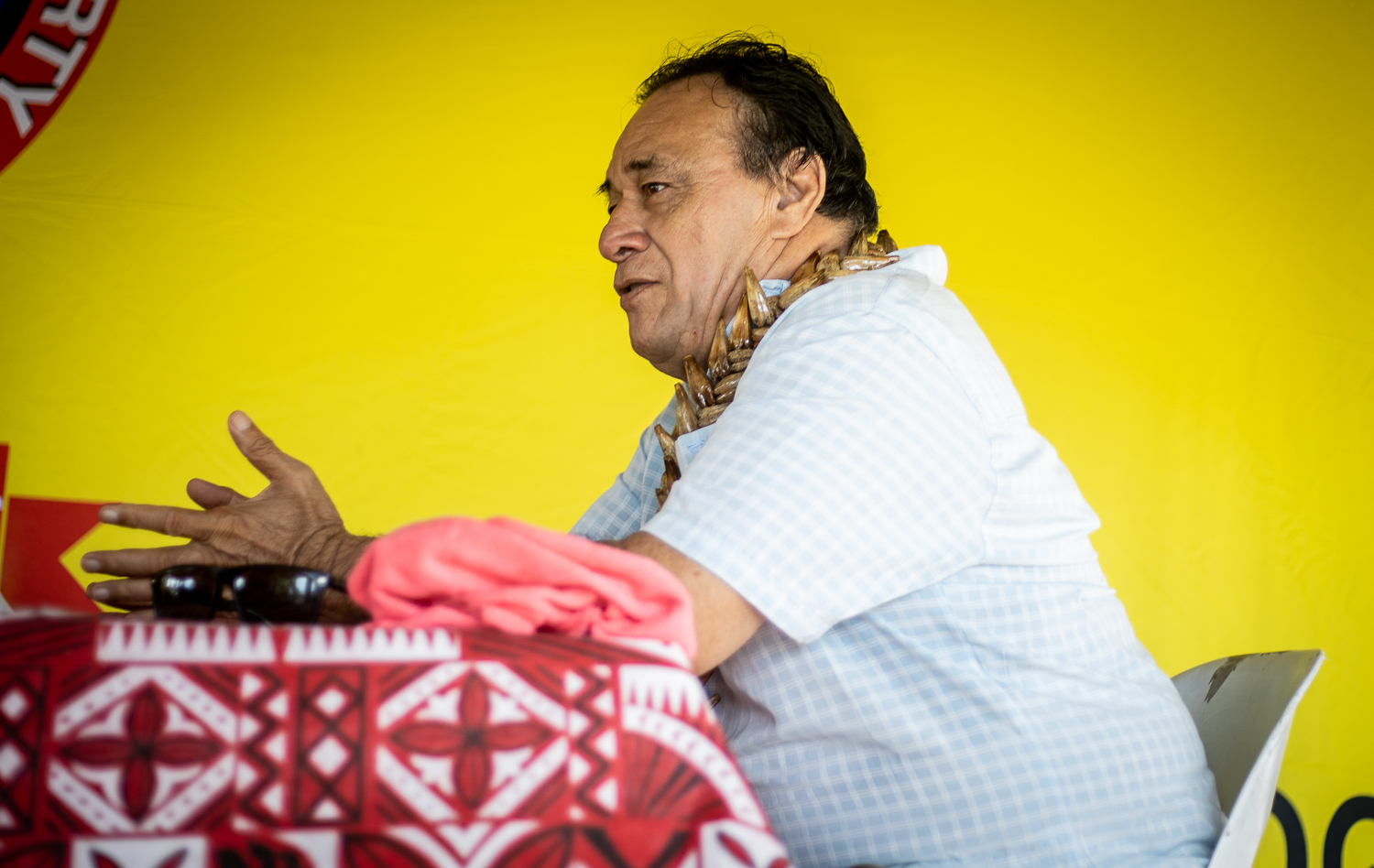 Earlier this year following the Fa’asaleleaga No. 2 By-election, more than a thousand voters from the Fa’asaleleaga no.2 constitution who did not vote during the recent by-election have been slapped with a $100 tala fine each. Those who fail to pay their fines are dealt with by the Court.

Fa’asaleleaga no.2 is the first constituency in Samoa to implement new changes to the Electoral Act, which made it compulsory for qualified voters to cast their votes.

A month after the recreation of the old opposition party - in which the 'D' in the initialism stood for Democratic - the Samoa National Development Party was launched, the new opposition party has commended the work of the Electoral Office in pushing for the people to register earlier, rather than waiting until the last minute.

"In those days, its like the Electoral Commission wait until the last few months until they are active, but this time, they work for most of the years," Vui said.

"And I cannot believe that there are still other members of the public who still wait. People need to feel the change coming and move towards it, as well as the need to vote with a clear mind."

Asiata also suggested that alcohol should be prohibited during the season of elections to ensure that everyone is voting properly, with a clear mind, and not going in voting booths drunk.