A traditional midwife from America is in Samoa to conduct a documentary focused on home births.

Jennifer Lynn is a native American born in California. She arrived in Samoa on July and plans to be in the country for two years filming the documentary.

“My goal with this documentary is for it to be felt more than it is to be seen so that we can come back to who we are,” she said.

“The documentary will be taken to the New Zealand film festival and International Film Festival. I am also thankful for Steven Percival who will be assisting me with the documentary”

The 33-year-old says she learned about Samoa at the knee of a loving Samoan mother.

“It does not matter what race or ethnicity you come from, every mother and child needs to be fully loved and embraced through this process," she said.

“As a traditional midwife a lot of us do these work because it’s the work of our ancestors to keep our ceremonies so we don’t forget who we are as a people.

“It is because colonialism has played a big part in taking us very far from who we are and there was a time we were not able to do our ceremonies due to restrictions from colonialism.

“My people are a people who rely on dreams and visions to guide us through life and we are very much connected to our ancestors in our original ceremonies.”

The mother-of-four said that birth has come very far from what it once was.

“There are so many changes that have taken place that need to be restored because women are not honoured as life givers anymore," she said.

“We are doing this work out of love for humanity and a selfless service to others.

“So far, I had the chance to talk to some of the young women who have gone through traumatic births.”

She also offered lessons free of charge to women who are interested to learn about traditional or home births.

“I was a full time traditional midwife six years ago but I have been delivering babies for over 12 years.

“Our job is not convincing anyone of anything or to force anyone to try and have a home birth. My job is just to provide the knowledge that I possess as a traditional mid-wife so that they can make that decision for themselves.

“I am not here to judge the way of life but to be of service to any woman and especially the young women who want to learn traditional birthing.” 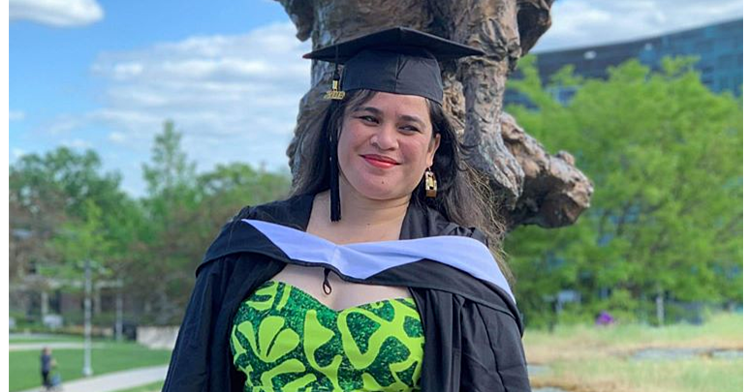 Fulbright scholar Sita Leota has graduated with a Master’s degree in sustainable international development from Brandeis University in Boston, Massachusetts.

The Samoa Victim Support Group’s Campus of Hope is the recipient of a mini-library with over 800 books which comes courtesy of firm Fletcher Construction Company Ltd and a 13-year-old New Zealand-based Samoan girl Epi Tusani.