The life of the man who pioneered one of the biggest charismatic churches in the Apia Township, Apia Harvest Centre Church, was celebrated and honoured yesterday.

A pillar in the Assemblies of God (A.O.G.) Church in Samoa, the 65-year-old Senior Pastor passed away in Auckland, New Zealand on July 8. He was laid to rest at Afega on Monday.

He is survived by his wife Pastor Lottie Faiialofa Fata nee Penn, their five children and seven grandchildren. 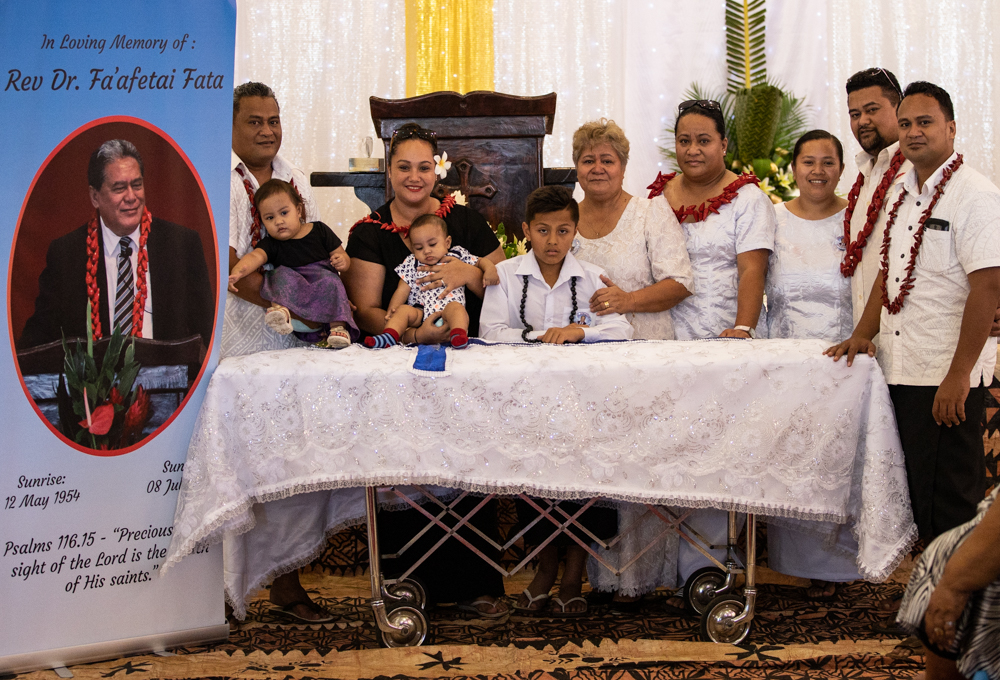 His wife spoke fondly of her God-fearing husband, describing him as a “genuine” man who was humble and always looking at the positives in the lives of people, or any situation.

A vet by profession, Ps. Lottie also spoke of how he sacrificed his career to take up his calling to start the Assemblies of God‘s English speaking church in Samoa.

“Tai was fortunate to receive a scholarship from the United Nations to attend Veterinary Medicine school in the Philippines and before we left, he told me that he will still get his cheque from the government and it will go directly to his mother; that’s Tai a loving man."

He also spared $40 tala for my mother from his cheque, she added.

“And I remember when my father passed away, I returned to Samoa. This is the first time I experienced the passing of someone that is dear to my heart. Tai came to Samoa and then we returned to the Philippines," she said.

"I really believe that my father’s passing was a contributing factor that led their family to salvation." 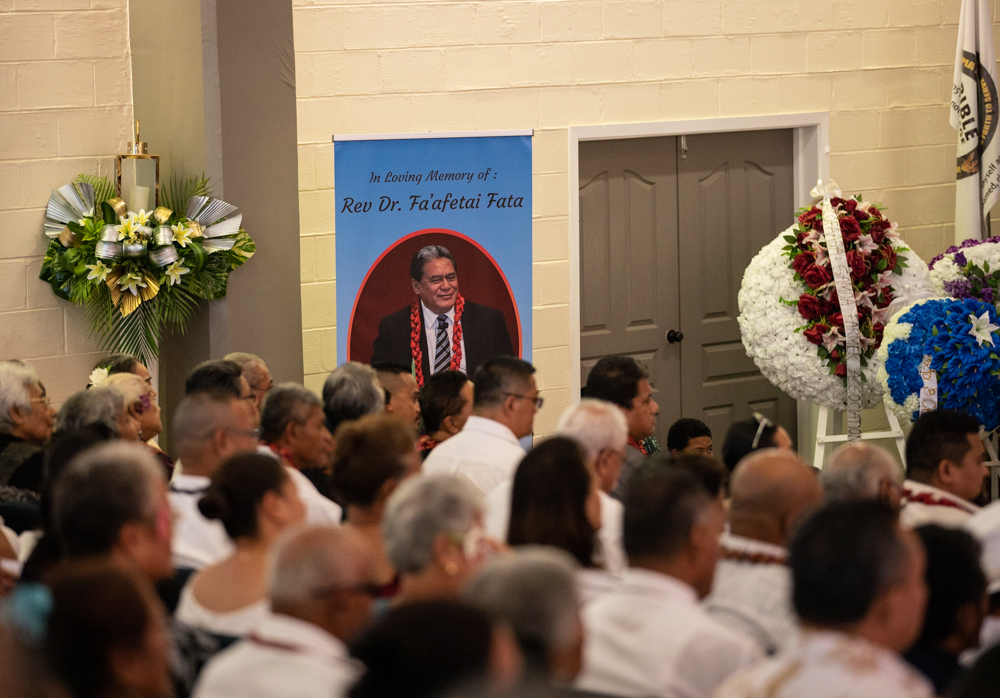 Ps. Lottie said upon their return to the Philippines, she attended church as a result of a TV commercial.

“And not long after I found out my neighbours held bible studies and that’s where I took my husband. The second night, the pastor asked if there is a special request. I raised my hand and asked to pray for my husband. The same night Tai received Jesus in his heart as his saviour.”

She said upon returning to Samoa, they attended the A.O.G. Church in Lotopa, while her husband was working as the veterinarian for the Ministry of Agriculture and Fisheries.

The couple were then called to open the first English-speaking A.O.G. Church, which was a struggle at first but they pulled through.

“On the first day after church, Fa’afetai said it was weird preaching in English to the Samoan people. And there were times when his English was not all there, but my husband said 'my broken English can save your broken soul',” she said. 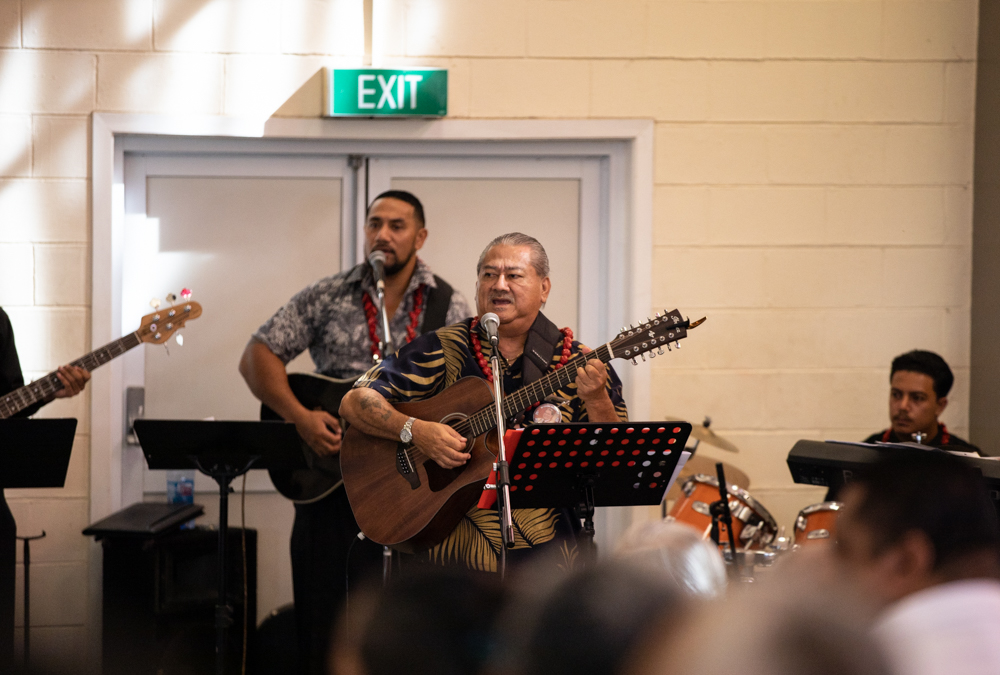 She said Rev. Fa’afetai was a humble man and God called him to lead the church.

“God gives the grace to the humble and his ability to lead the church and bring people to God is because of God’s grace."

“I must commend Rev Fa’afetai for following his calling,” he said. “Once he was ordained as a Pastor, he left everything behind. And you cannot serve two masters.

The Prime Minister said not many would know the services that Rev. Fa’afetai gave to the people and the Government of Samoa.

“He led the mission that goes out to the villages to treat and vaccinate farm animals around Upolu and Savai'i.”

Tuilaepa said this was a very important task to ensure the livestock were safe for human consumption.

He said he has challenged the Minister of Agriculture to emulate the work of Rev. Faafetai and restart this most vital service. 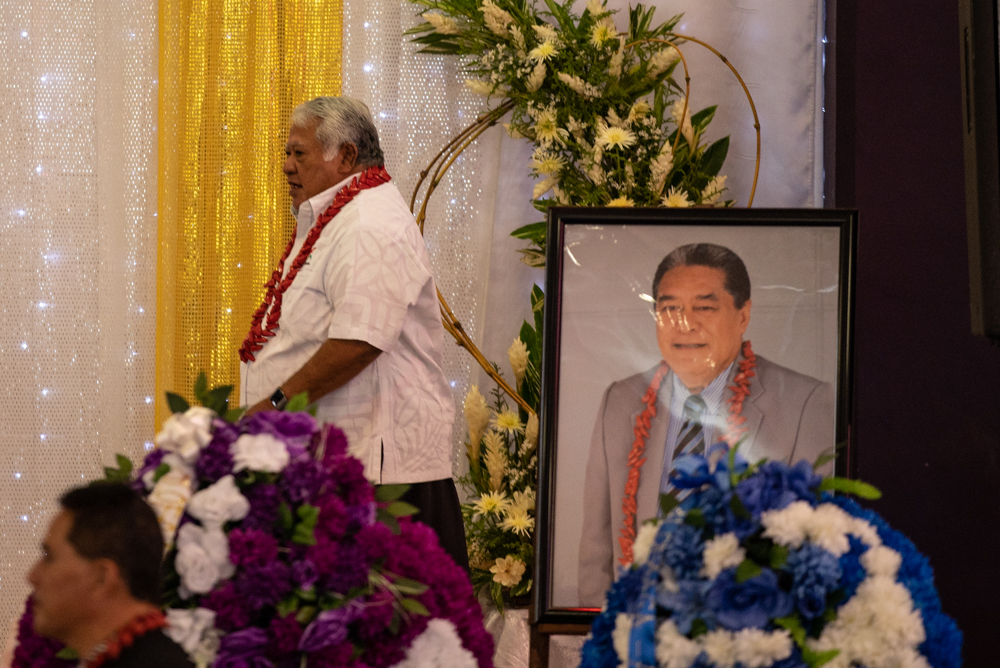 The Prime Minister said not many would know the service that Rev Fa’afetai gave to the people and the Government of Samoa.

“He led the mission that goes out to the villages to treat and vaccinate farm animals around Upolu and Savai'i.

“Rev Fa’afetai said the farm animals have to be vaccinated twice a year to kill the virus and parasites in the cattle. If they are not vaccinated, they will carry the parasite.

And the Government is no longer providing this service and it reminds the call to the Minister for Fisheries and Agriculture is to revive the vaccination program,” P.M. Tuilaepa said.

He said that Rev Fa’afetai was also part of the program that led the branding of farm animals back in those days. 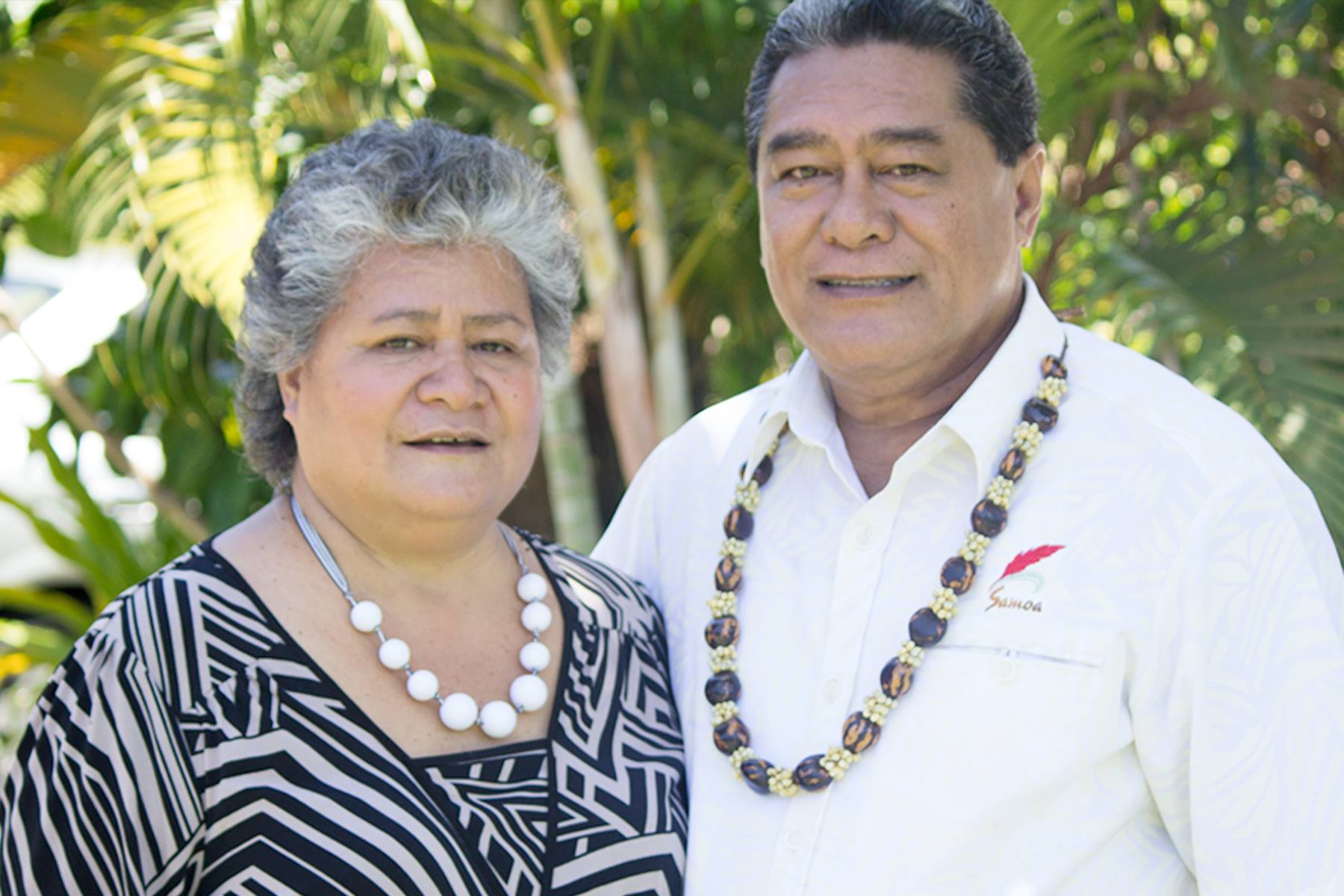 In doing that, Rev. Fata fulfilled the vision of the Church which is “to build strong families in the word of God so they impact nations.”

The Superintendent of the Assemblies of God in Samoa, Rev. Dr. Tavita Pagaiali’i paid tribute to the life of Rev. Fa’afetai.

1974-1976:  Diploma in Tropical Agriculture, University of the South Pacific of Agriculture-Alafua

2018: Member of the Samoa Bananas Farmer Association; Accredited Mediator for the Land and Titles Court; Board Member for Samoa Farmer’s Association

2004-Present: Assemblies of God in Samoa Executive Committee member; A.O.G. Board of Education; Treasurer for the Samoan A.O.G.

2002: Ordained by the General Council of the Samoa Assemblies of God in Samoa as Senior Pastor

1987-1991: Veterinary Officer M.A.F. Eradication Programme for the abortion disease and the tuberculosis disease in cattle’s especially in Government Farms and Westec Cattle Farms both Upolu and Savai'i