Making the appeal during the World Blood Donor Day last Friday, Ms Wulf said one of the benefits of being a blood donor is that all their donations are also tested for sexually transmitted infections

She said knowing your status in terms of sexually transmitted infections also puts one's mind at ease and.

"Be a blood donor and it really helps. It’s also a good way to look at your behavior. If you donate blood you get tested for sexually transmitted Infections and H.I.V. and Hepatitis A and B — those are the four main infections that the blood is tested for.

"So if you give your first donation ever, and your blood test comes out negative for all of them, then it’s a good way to keep at it. Telling yourself I am doing something right and that I should remain this way. It’s a good thing to do," she said.

Another benefit for male donors is the ability of tests to detect possible blood disorders, which can be rectified if and when it is discovered, added Ms Wulf.

"It’s beneficial for everybody but especially males, because there’s not one time in their lives when they lose blood, you know you look at female, its every month and they get pregnant and give birth and the female's body has a chance to replenish new blood whereas the males they don’t.

"So donating blood every three months helps them, also to prevent them, and not saying that each male is going to get polycythemia or thick blood, but by donating blood it helps them to thin out their blood and replenish new blood," she added. 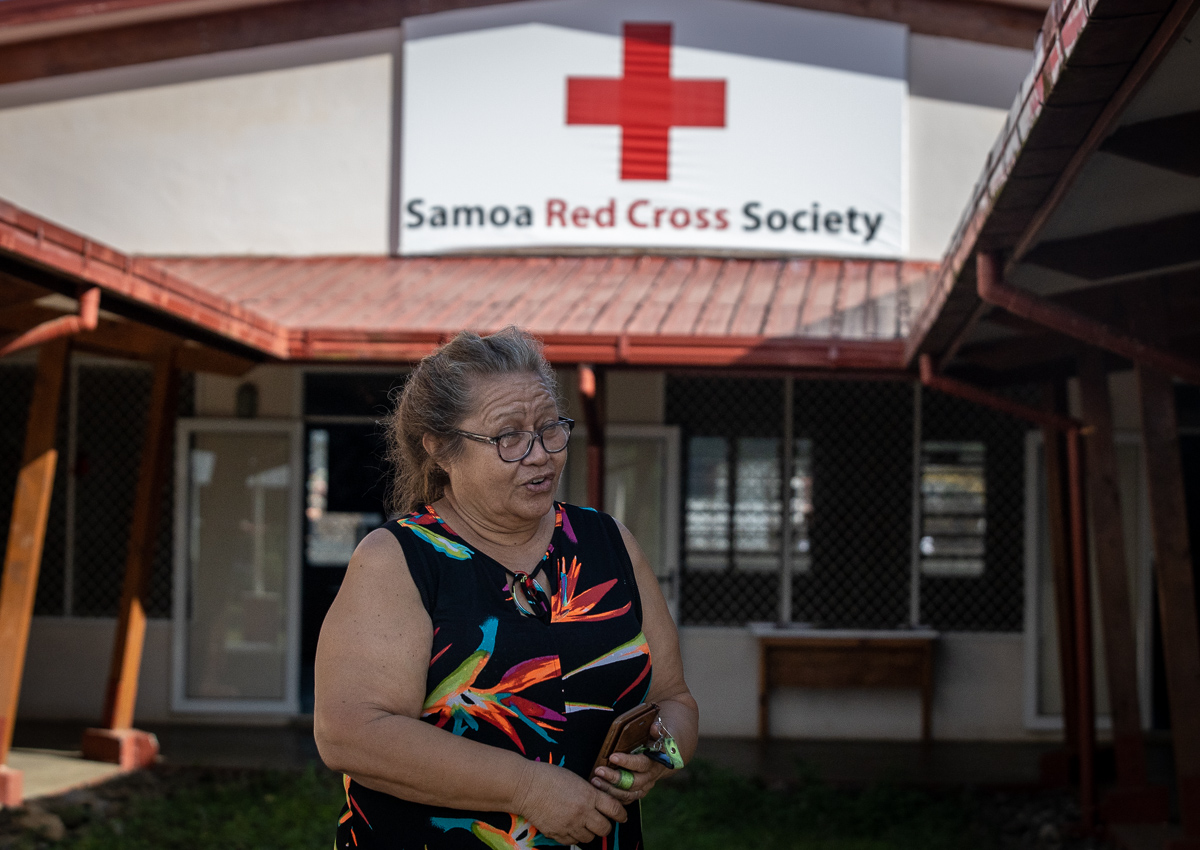 Speaking to Samoa Observer, Ms Wulf said the role of the Samoa Red Cross is to recruit and register blood donors, as part of their partnership with the Ministry of Health. Currently they have a total of 3000 on their registry since they began recruiting.

"Because with blood donations, when a boy and a girl turns 16, they should be able to donate blood. The register of our blood donors is about 3000, but that’s the thing a lot of them have moved overseas," she said.

"And the donor has to be really healthy to be able to donate blood all the way up to 65 years old. Some of them have exceeded the years to safely donate blood," she added.

Currently, the hospital mainly relies on blood donations from the family members when an emergency case arises.

Ms Wulf thanked everyone who were able to donate blood, saying they also rely on donations from expatriates and Peace Corp volunteers.

"But we just wanted to thank everybody that has donated blood and been able to give that gift of life for our people here in Samoa.

"We have very few, very little numbers of Samoans half-casts who have negative blood types. But we also depend on our expatriates and Peace Corps and a lot of times we don’t find, but fortunately it’s very rare we come across a patient that needs negative blood types," she said.

Ms Wulf said Red Cross aims to recruit donors so that families don’t have to look for blood as it can be stressful, especially with the patient in the hospital or if they are from Savai'i or a rural community.

"It’s not really very popular but we are trying and we’ve been working with the people because what’s going on right now is that the hospital is still doing the family system where they ask the families to bring in their people to donate blood.

"We have a blood donor officer working with the at the lab, so that when there’s a great need of a certain blood type then we try and call the donors in," she said.

The trial of two men accused over the death of Jeremiah Malaki Tauiliili started in the Supreme Court on Monday morning. Herman Westerlund and Suapaina Savai’inaea have pleaded not guilty to the charges against them.