The rules have changed.

Today, the Miss Samoa Pageant is now open to any female of Samoan descent.

“This year the govt. has instructed S.E.I. that part of the invitation for this year’s Miss Samoa Pageant is that the rules have changed,” she told the media.

“This is how it was before and then the government changed it. Now it’s back at it so this is the rules that we are following for this year’s pageant.

“It is now opened to any Samoan girl or girls of Samoan blood who would like to be part of the Miss Samoa.”

There are conditions, however.

“As long as they have a sponsor. They must have a valid business license, or a Trust or a proper NGO and they have to pay a registration fee of $300.

“Those are the new rules added to all the other rules that are already there when S.E.I. took over.”

“For the three contestants from Australia, we have checked all that needs to be checked and they are all valid which means they have met all the rules and regulations that are needed.”

Laeimau also highlighted the importance of the Miss Samoa pageant in promoting Samoa.

“Events such as these will benefit our economy,” she said.

“I have witnessed in our Miss Samoa Facebook page that there’s about 9,000 people who are interested in the event so that is the positive side of this.

“And there will be judges who are experts who will be judging the event on the night so we will leave it to them to make their decision while we do our work in organizing and getting things ready for the day.”

“The pre -pageant programme is not exclusive to any certain media outlet so that means all the media will be covering the pre-pageant programme but on the night of the main event, TV3 has the filming right to broadcast the event,” she said.

“They will be the ones who will be responsible for allocating where the other media outlets should set up.

“There is also a fee to be paid to TV 3 for Broadcasters or Production Companies if they want to film the night of the event. This also applies to those from overseas if they do want to come and film the Miss Samoa Pageant.”

Nine contestants have been confirmed for the Pageant.

The overseas-based contestants are scheduled to arrive on 3 September to begin the pre pageant programme ahead of the grand finale on Saturday 9 September. 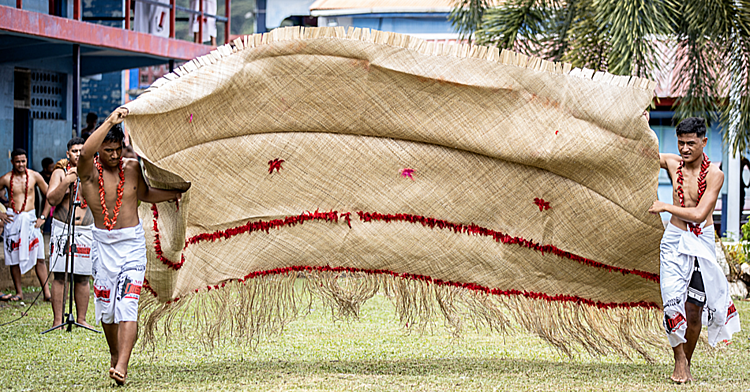