Miss Nauru, Alexandra Melody Pitcher is among the Pacific beauties who will be vying for the Miss Pacific Islands title and she is being spurred on by history as her mother was crowned Miss Samoa in 1981.

Juliana Curry Pitcher, Miss Samoa in 1981 is the proud mother of the current Miss Nauru who also represented Samoa in the Miss World competition in the same year she held the title.

During the Miss Nauru pageant last year in June, the former Miss Samoa was amongst the crowd reportedly taking photos and crying when her daughter was announced the pageant winner.

A photo circulating on social media showcased the mother and daughter with Mrs. Pitcher proudly balancing her daughter's crown on her head. 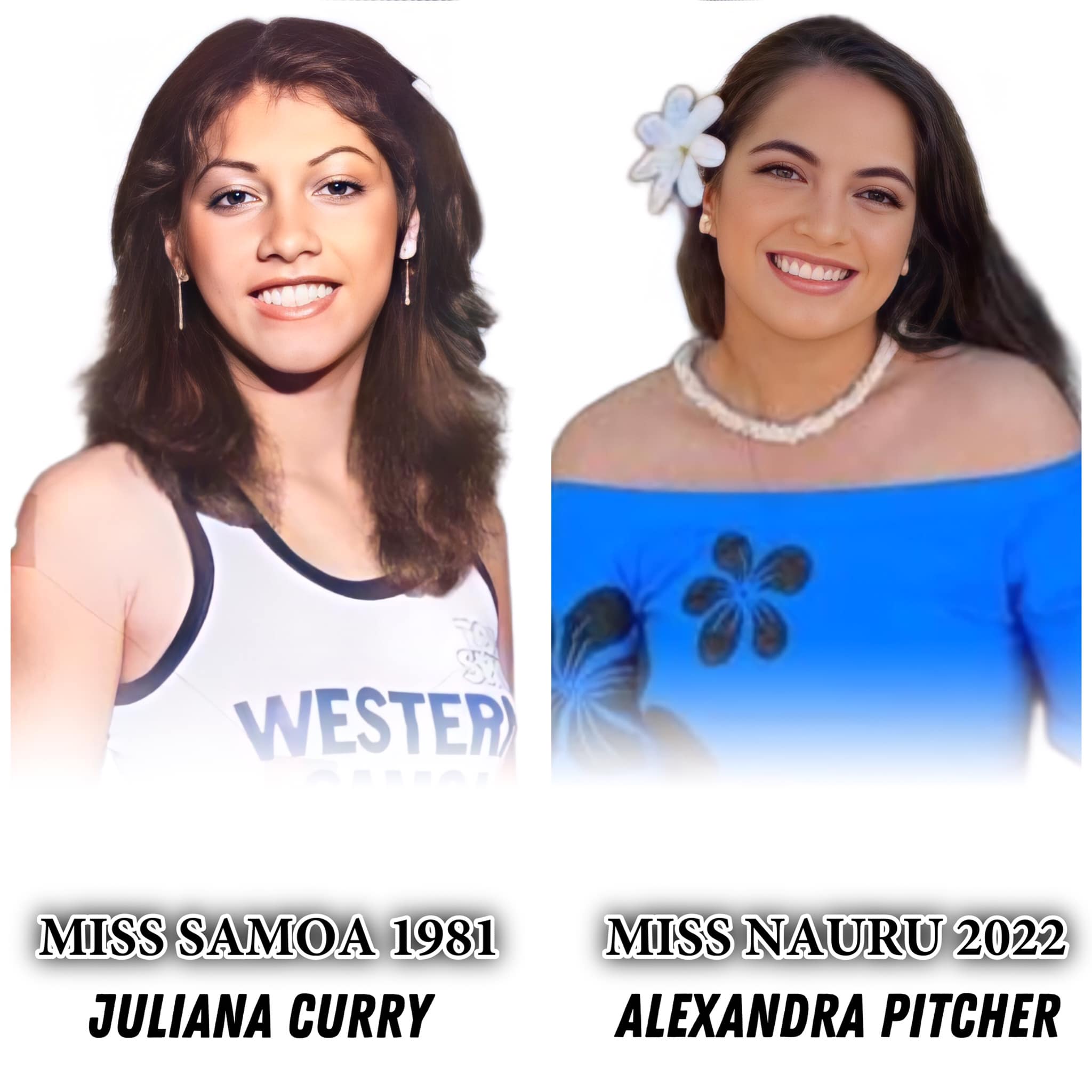 Mrs. Pitcher is the daughter of a Samoan woman named To'oa Runa. Attempts to seek a comment from the Pitcher duo were unsuccessful.

Meanwhile, it is reported that the five Pacific Island contestants will be in Samoa for the pageant this week.

The 34th Miss Pacific Islands Pageant to be hosted in Samoa will commence on the 29 January to the 4 February and will feature five contestants including Ms. Picther.

This was confirmed by the Samoa Tourism Authority's Chief Executive Officer Pativaine Petaia-Tevita in response to questions from the Samoa Observer.

Confirming the number of contestants for the pageant, which is scheduled to be held from 29 January to 4 February this year, Mrs. Tevita said all preparations are now in their final stage.

"The Pre-pageant Week commences on Sunday 29 January to Thursday, 3 February. The programme includes a church service, charity visits, and a float parade.

"The Committee is also working with the Savai'i Samoa Tourism Association (S.S.T.A.) to have the contestants visit and spend a day on the big island of Savai'i."