A female Police constable who graduated last Friday has challenged her peers to consider joining, saying "if boys and men can do it, we can too".

Among the 65 new Police and Corrections Services recruits who graduated last Friday, 37-year-old constable Elina Tapu was awarded the Most Disciplined Award and recognised for the award.

She said in an exclusive interview with the Samoa Observer that becoming a police officer had been a lifelong dream of hers from a very young age. 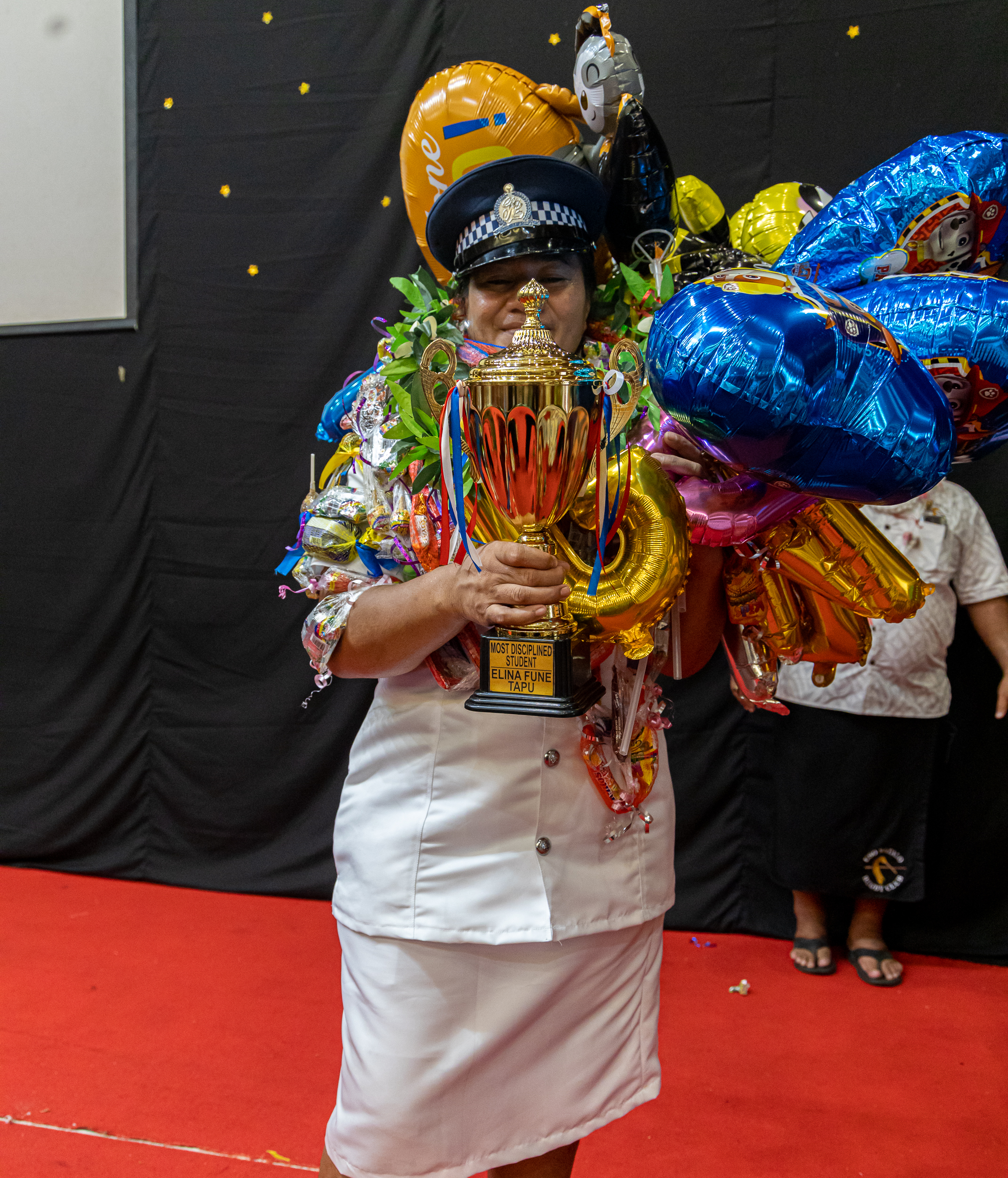 "From a very young age, I had always wanted to become a police officer," constable Tapu said with a smile. "That dream has finally come true and I am overwhelmed with joy and excitement."

The mother-of-four from the villages of Sagone and Saleilua Falealili immediately credited God, her family and loved ones for her success following a gruelling 17-weeks of training.

"This was a tough journey and I did not think I would make it to the finish line. But now that I have made it through and given this award, all I can say is that I am very thankful.

"The last couple of weeks were very challenging for me because of the workload and also other obligations at home and for our family. But they had been my inspiration and the main reason why I have come this far."

Constable Tapu said that she was reluctant at first to join the force because of her gender and the public perception that policing is only for men. 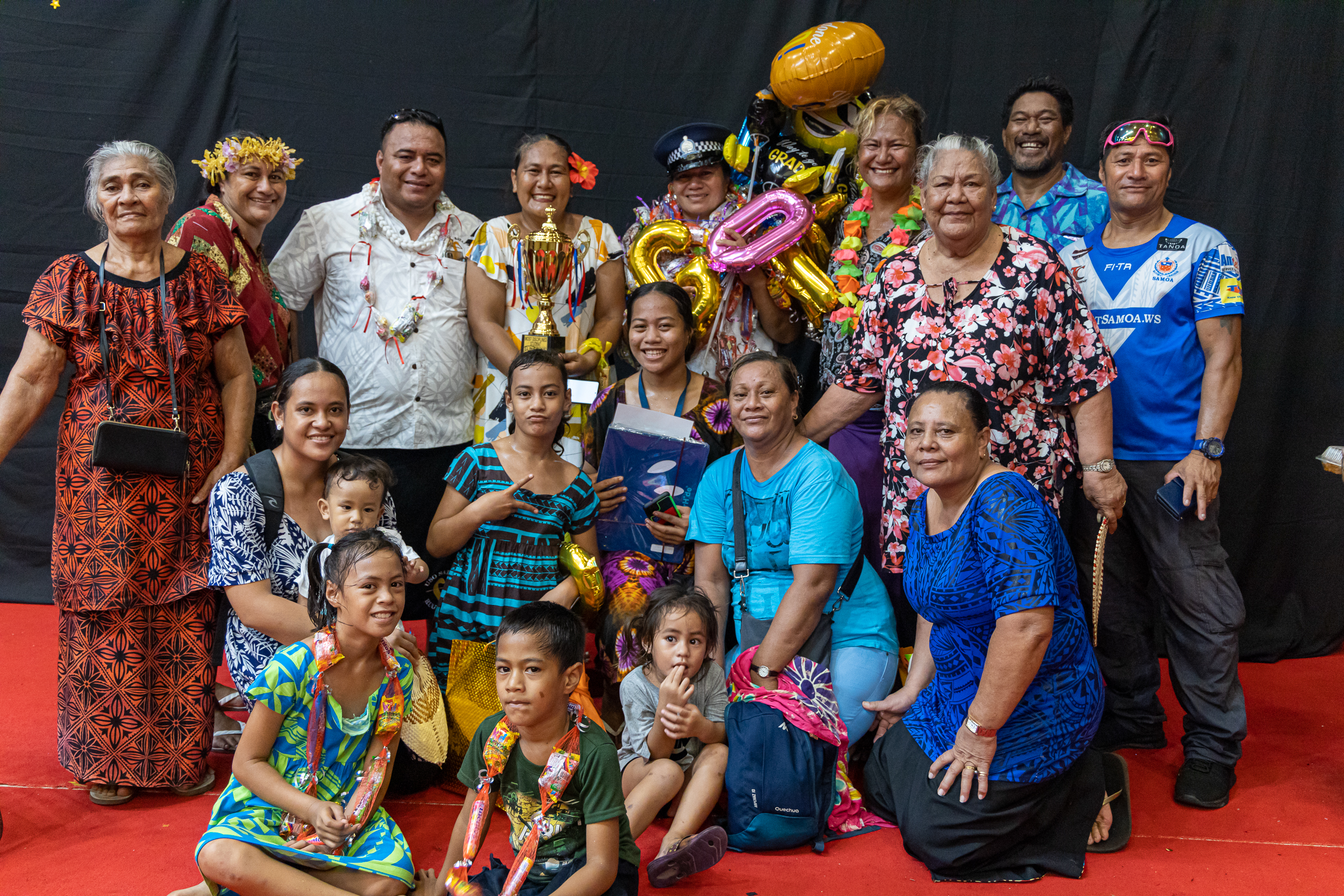 "It's the old mentality that our people had that policing is a career for men or boys only and let's be honest, there are more boys in the police force than women because of the that mentality.

"People think that only boys can become police officers. However, that has changed over the years and it has been amazing to see more women rises to take up leadership roles within the ministry of police.

"That motivates us women to keep striving for the best. For me, I have other relatives who had been serving as police officers and they were the ones who pushed me to pursue my dreams and become a police officer."

Constable Tapu then used the opportunity to encourage other young Samoan girls to consider joining the force.

"If boys and men can do it, we can too. We know this is a male-dominated law enforcement sector and its time we break that glass ceiling.

"We need more women and girls to take up this as a career path not only for safety of our people, but also to help our families and loved ones."