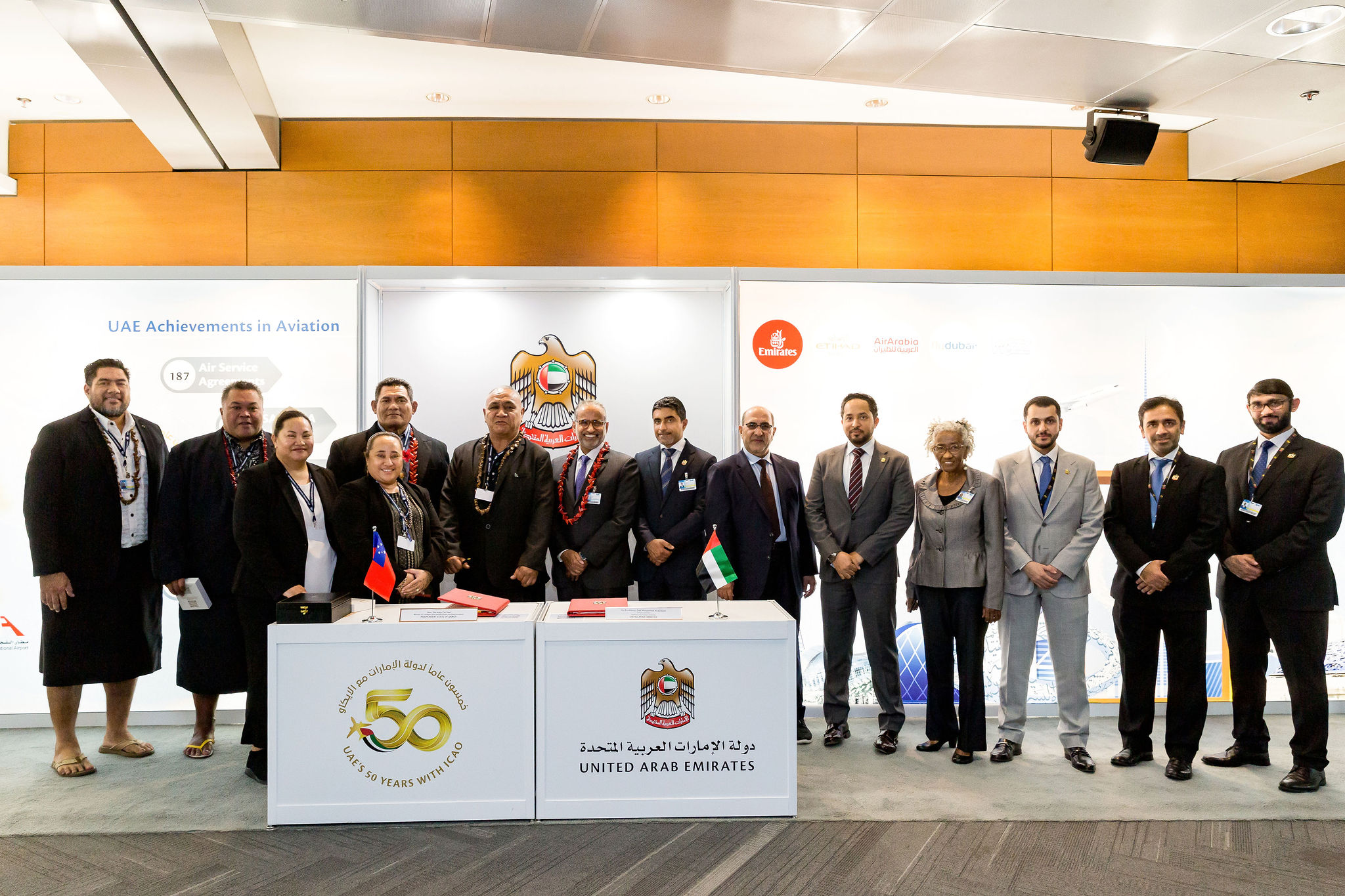 The Government has officially signed an Air Service Agreement with the United Arab Emirates (U.A.E.) to allow international transport services between the two nations.

The signing ceremony was held in Quebec, Montreal, Canada with the Minister of Works Transport Infrastructure, Olo Fiti Vaai leading the Samoan delegation.

According to a press statement issued by the Minister's office, the bilateral agreement is important as it will also improve the accessibility and connectivity to air transport, as States can designate their national carriers to operate flights between their respective countries.

Olo said in the absence of a large jet aircraft from Samoa's national carrier, the signed agreement allows Polynesian Airlines Limited trading as ‘Samoa Airways’ to enter into a Code Share Agreement with any of the six designated U.A.E. designated national carriers.

“The Agreement also opens up opportunities for Code Sharing to be extended to linkages that the U.A.E. has already established with other existing Airlines at the International level,” he said.

The Minister travelled to Canada for the 41st Session of the International Civil Aviation Organization ICAO Assembly, accompanied by five other top official.

Prior to the Minister’s departure for the agreement signing, he revealed that he will be flying to Singapore to seal a deal with Singapore Airlines and before going to the United Arab Emirates.

It could not be confirmed if the deal with Singapore Airlines went ahead.

Since the new Government came to power, it decided to abandon plans by the former Administration to lease another aircraft, due to high financial loss and technical insolvency position the national carrier was in.

The Government then opted to open up air services inviting foreign airlines to go into partnerships with the State to assist travelers with the high cost of travelling as well as provide air service options.