The dispute at the Ministry of Health over the Government’s decision to slash doctors’ overtime pay by up to two-thirds contains all the ingredients for another health disaster.

Brewing at a time when the health of the nation has been under the microscope for all the wrong reasons, the issue demands urgent attention and action.

Looking at what has been presented before us, this has all the potential to turn south very quickly. This is especially after everything during the measles epidemic where doctors, among other health workers, gave their all only to be slapped in the face with such an inconsiderate decision by the Government.

As a matter of fact, it would not be surprising at all if part of the overtime payments being disputed is from the time of the measles crisis where many of these doctors and other health workers worked tirelessly to save lives.

If that’s the case, this is not just a slap on the face of doctors, this is daylight robbery given the life-saving nature of their work. The worry is that we live in a country where the chronic shortage of doctors was already teetering towards a catastrophe.

It is undeniable that doctors are among the most sought after professionals in Samoa and many of them see greener pastures elsewhere. Which means should the Government insist on its position on this matter, more and more doctors would continue to leave Samoa. Many of them already have.

Does that matter to you and me? Of course it does.

The mass exodus of health workers, doctors especially, would probably not matter to the high flying senior Government officials and the elite who could easily afford to fly off to New Zealand or wherever for medical attention.

The irony is that the medical fees for many of those politicians and senior Government officials are paid for by taxes from the very people who, again, will suffer as a result of the Government’s stubborn attitude towards the medical profession.

Speaking of stubbornness, the struggle between the medical profession and the Government is well documented. Most of us would recall that it wasn’t that long ago doctors working at the hospital in Samoa went on a strike over grievances in relation to working conditions and salaries.

In a bid to end the strike, the Government made many promises about improving salaries among other matters.

Fast-forward to now, the mere fact we are having this discussion obviously points to the simple truth that many of those promises remain broken, much of it to the detriment of the health of this nation.

Let us remind again today that the Government’s focus on buildings, infrastructure and other white elephant projects mean nothing without the right people with the right skills at the right places to make it work.

When it comes to the health sector, the Government has invested millions and millions of aid monies in buildings and facilities. Without doctors, those hospitals mean nothing; they become deathbeds instead, as we have seen time and time again in this country.

Now the issue being disputed on the front page of Wednesday’s Samoa Observer is even more disturbing. We can live with the ongoing debate about salaries and working conditions. To keep our sanity, we can place some of that stuff in a ‘work in progress’ column, and hope for the best.

But when it to it comes to overtime payments, if doctors feel “disheartened, angry and unappreciated,” they have every reason to. Overtime payments are monies the doctors and their families are entitled to.

Yes it’s money they have earned and no one has the right, especially the Government, to rob them of it. It is their money and they should be paid. It’s shameful that they even have to put up a fight to get what rightfully belongs to them.

Like everyone else, doctors are humans. They are mothers, fathers, daughters, sons, chiefs in the villages and leaders in churches. They have loans to pay, mortgages so they can shelter their families, they have children to put to school, not counting the many people in their families and villages depending on them for fa’alavelaves and the like.

This is why the decision to cut their overtime is insensitive. While we don’t want to keep referring to the measles crisis, if anything, it is one reason the Government should not be so quick to ignore these doctors.

Unless they have a very short and selective memory?

Interestingly, this issue has surfaced a week after Cabinet appointed more than a hundred Board Directors and Chairpersons where the Government has allocated millions of tala to pay them. These roles, including all those so-called Village Advisory groups, are political appointments strategically geared to ensure the Human Rights Protection Party (H.R.P.P.) stays in power.

And here we have doctors, who are providing life-saving essential services, having to basically beg the Government to pay them what is rightfully theirs, overtime payments.

Where is the justice in that? And what does this tell us about the priorities of this Government?

In the meantime, stay safe and keep your families protected Samoa, God bless! 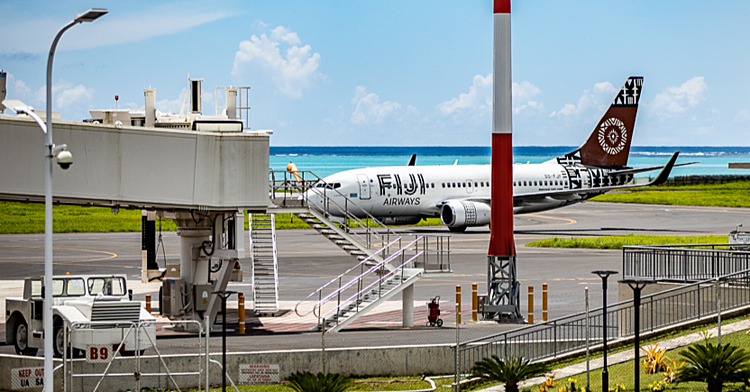