At long last, the Government has decided to declare a state of emergency in response to the measles crisis.

While it might have come as cold comfort for the lives already lost and the countless citizens of this country mourning the victims of this contagious disease, the declaration is nonetheless a step in the right direction. It’s better late than never.

On Friday evening, Cabinet convened an emergency meeting where the decision was made.

Both Prime Minister Tuilaepa Dr. Sa’ilele Malielegaoi and his deputy, Fiame Naomi Mata’afa, are outside of the country.

But cometh the hour cometh the woman and later that evening, the Acting Prime Minister, Faimalotoa Kika Stowers, who is the Minister of Health, made the official announcement.

She cited section 105 of the Constitution which says that a proclamation of emergency can be declared by the Government when the Head of State is satisfied that the security of the country is threatened.

Speaking of the Head of State, His Highness Tuimaleali’ifano Vaaletoa Sualauvi II, is also not in the country.

So the proclamation had to be okayed by the Member of the Council of Deputies, Le Mamea Ropati Mualia.

According to Acting Prime Minister Faimalotoa, the measles epidemic that has already claimed lives, is a threat to national security and therefore a state of emergency was warranted.

Yesterday morning, the National Disaster Advisory Committee convened an emergency meeting at the Government building where details of state of emergency were discussed.

On the front page of the newspaper you are reading today are those details. We strongly encourage everyone to read, understand and take notice. Among some of the most important orders are:

Ladies and gentlemen, this is a very difficult time for this country. The fact of the matter is that the measles outbreak is not new in Samoa. Prior to the official measles epidemic declaration by the Ministry of Health a month ago, there had already been several suspected cases. Why it had taken the Government a month to finally declare a state of emergency is anyone’s guess? But then that is just one of so many unanswered questions about the Government’s response to the measles outbreak.

Another story on the front page today sees the Acting Prime Minister attempting to justify her absence while the epidemic was deteriorating last week. Really?

But today is not that day.

We believe that whatever differences or disagreement we might have now is not the time for that. We have got the health of a nation to be concerned about and we need to pull together in our efforts to address this. We all need do our part to ensure the safety of our people and that all citizens and anyone else living on these shores are protected. That should be our priority today.

That said, we acknowledge with gratitude people who have been so gracious and provided help for Samoa. This includes Australia, New Zealand and everyone else who have offered a helping hand one way or another. We also want to acknowledge the organisations and individuals who have gone out there way to provide support for our health system. The donation by the Rotary Club of Apia in today’s newspaper is a wonderful example of how people can help.

Lastly, we want to offer our encouragement to our health workers all across the nation who are working tirelessly to deal with this epidemic. We can imagine how difficult things must be but we can only pray for strength and wisdom to help them do what they need to get done.

Speaking of prayers, as Christians, we know the doctor of all doctors. He is God Almighty, the creator of the universe. On page 2 of this newspaper, the call has been made by the National Council of Churches for a national day of prayer to commit this to God Almighty. We don’t disagree.

But while we wait for a safe time for everyone to gather together in a crowd, we can offer up our prayers today wherever we are. The best part about prayers is that we don’t have to be in a church building or with an audience to do so.

You can pray anywhere and everywhere, asking God to help Samoa.

Stay safe Samoa, may God help us all!

What you need to know:

A new coordination office has been established to handle all issues related to measles.

Where you can get vaccinated

All other district hospitals are also vaccinating people and treating suspected measles cases.

If you or your child has symptoms of measles, go to the Acute Primary Care Clinic or Outpatient Department of T.T.M.H.

It takes up to two weeks for the vaccination to become fully effective so it is important that the usual prevention measures are taken for up to two weeks after you have been vaccinated.

After 3-5 days a raised red rash will start to appear on the head, face and body. Not all symptoms may be present.

If you or your children become sick: 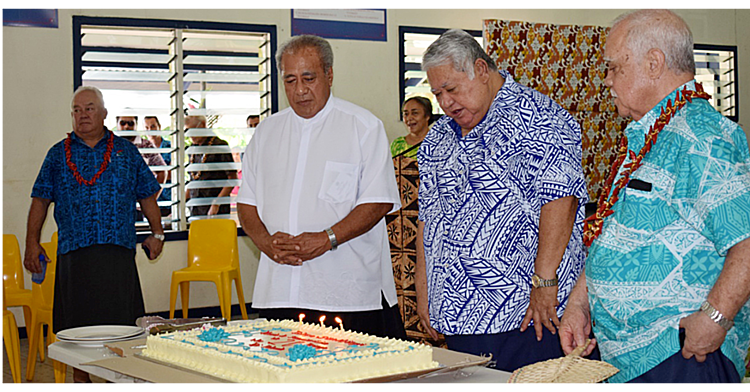