The Funafuti connection and what's at stake for the Pacific

First-time visitors to this country in the northern part of the Pacific, which was once categorised one of the world’s least visited countries, would be astonished by its beauty. Only 2000 tourists visited Tuvalu in 2016, according to the World Tourism Organisation. These are coral atolls with white sandy beaches, coconut palm-lined coasts and clear turquoise waters.

But do not be fooled by the natural attraction of these islands, which would make them the perfect tourist getaway. Tuvalu has been making headlines in recent years over the impact of climate change.

Its people face an uncertain future with the community forced to live with the impact of sea-level rise, soil erosion, and the destruction of their crops brought on by extreme weather conditions.

The plight of the people of Tuvalu and other coral atoll communities in the region – who have to adapt to and mitigate the effects of climate change on a daily basis – is a major reason why it makes sense that this year’s fixture of the PIF Leaders Summit is held in a group of islands that could disappear in 50 years.

Getting the Australian Prime Minister Scott Morrison and his often cynical and then environment minister Melissa Price, to acknowledge the gravity of the crisis in the Pacific, could be best achieved by getting them to meet and interact with members of the impacted community in Tuvalu and to see the impact of climate change first hand.

Australian politicians have been known to joke about climate change in the past. Former PM Tony Abbott did it in 2015, and Mr Morrison two years later took a chunk of coal into the Parliamentary Chamber to show his support – somewhat sarcastically – for the industry. Ms Payne is no different, having come under scrutiny in her own Parliament last year for insulting former Kiribati President Anote Tong.

Pacific island communities and their leaders deserve respect. Nothing more nothing less. Their 1000-plus year-old cultures and traditions are on the verge of extinction, accelerated by the increasing frequency of extreme weather conditions, that are forcing them to flee their homes forever. There are a few in the coral atolls around the region who have refused to move, and are making one last stand against a weather phenomenon that is the result of western countries’ dependendence on fossil fuels, despite warnings by scientists including the United Nations.

We applaud our regional leaders Prime Minister Tuilaepa Dr. Sa'ilele Malielegaoi, Fiji’s Voreqe Bainimarama, Tuvalu’s Enele Sopoaga and others for continuing to champion the cause despite the setbacks.

Mr Bainimarama seized the opportunity in Tuvalu to again put Canberra under the spotlight, with The Guardian quoting him making an appeal to Australia to make the transition from coal to sustainable energy sources.

“I appeal to Australia to do everything possible to achieve a rapid transition from coal to energy sources that do not contribute to climate change,” said Bainimarama, who presided over the UN’s peak climate change body, Conference of the Parties, in 2017. “That transition should be just for your own people and just for us here in the Pacific, where we face an existential threat that you don’t face and challenges we expect your governments and people to more fully appreciate.”

It beggars disbelief that the Australian political leadership continues to deny the impact of climate change on its own population, cities and towns with even its own Defence Force Chief Campbell warning recently in a private speech of China taking advantage of the crisis.

The UN Secretary-General António Guterres, in an address to the PIF, Fijian parliamentarians, and youth in Fiji in May this year, warned of the cost of inaction by United Nations member states.

Pacific island communities and their leaders refuse to be fence-sitters when it comes to climate change – we expect our bigger and more developed neighbours with larger emission levels to step up and take responsibility for their actions.

Have a lovely Tuesday Samoa and God bless. 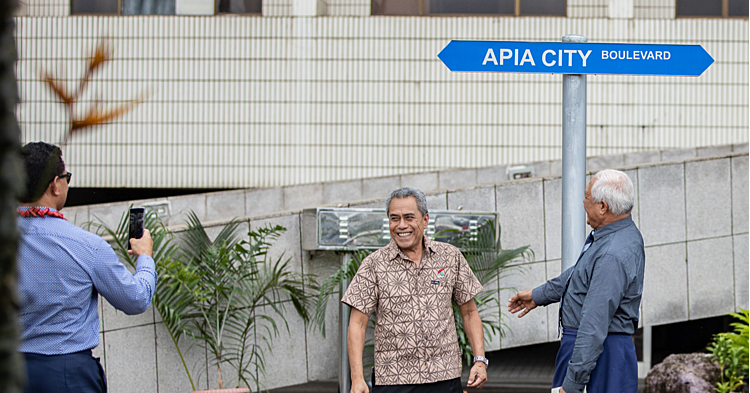 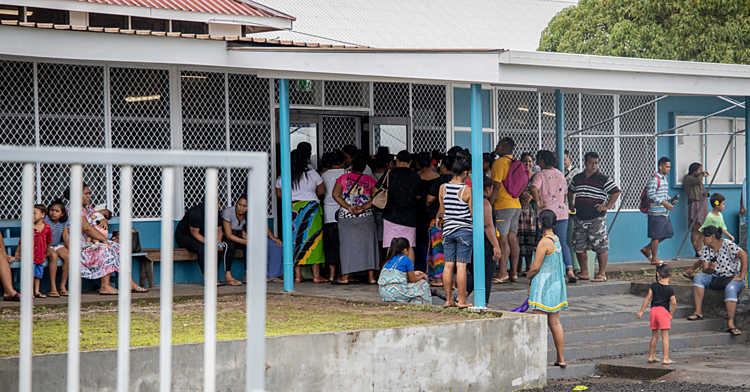