The Government’s decision to sack the Nofoali’i village mayor over his comments against the Government’s land law reforms has raised a rather interesting question. Can the Government sack village mayors who are appointed by the villages? What’s more, where does this leave Government employees when it comes to the question of freedom and rights? Talaia Mika and Misiona Simo discussed the issue with members of the public and these are their views:

I don’t take sides in these kinds of cases. I think, however, that whatever the Government thinks is best for the country, people should listen. People who disagree have their own rights but we should all try and agree with the Government so we can avoid these things.

The government does not have the right to anyone’s rights because that’s their right. I don’t care so much about their rules but I care more about people’s freedom. I don’t support the idea they can just sack anyone they don’t like. I think people should have the freedom to say what they want. This is a free country.

This is a matter of right versus policy. I don’t think it’s fair for the Government to have such a policy. I mean it’s our rights as citizens to go against them for something we think is not right. They are not perfect themselves. Whether people work for the Government or not, they have a right as individual and they should be encouraged to use that right.

Personally, it’s our government and we own the government. When it comes to the Prime Minister, we also voted for him to be up there. It’s not just his country it’s everyone’s country. The Government has to take the advice and listen to the people. A lot of people nowadays are afraid to share their opinions which is sad. The Government should encourage a free and fair discussion of issues.

With regards to the Nofoalii case, I take my hat off to the village mayor. He cannot support the Government when he sees that a government law is hurting his people. Is it right to agree with the Government’s policies and leave their lands that they see as treasures to him and his village people? I think the Government should encourage people to be free and speak their minds. There should not be a law that allows the Government to fire people when they don’t toe the line.

Samoa is an independent country; our people should be free. It’s not like I want people to criticize the government or what because I also don’t want people to go against our government because they’re our representatives. But my concern is that people should have the freedom of choice and opinion. I also think the Government should consult the villages about the decision to sack a village mayor.

If I were to work for the Government as the Mayor for my village, I won’t ever hide anything that I think is right just because I’m not allowed to go against the Government. If something needs improvement, I will go ahead and tell the Government. It’s more like hiding the truth in criminal cases and not revealing them. 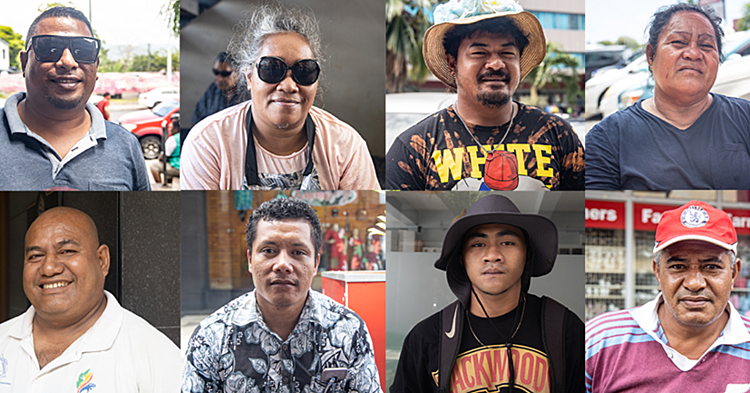 The public welcomed the decision by the Government to temporarily close public transport and businesses for the national mass vaccination drive on Thursday and Friday, reporter Bethel Peato Ale and Photographer Anetone Sagaga found.