Country gets behind new Cabinet

Prime Minister Tuilaepa Sa’ilele Malielegaoi has finally announced his Cabinet. He spilled the beans on Friday when Parliament was officially opened at Tuanaimato. What do you think of the Cabinet Ministers? Has Tuilaepa got it right? Pai Mulitalo Ale asked in today’s Street Talk and this is what people said:

The decision is already made. There is nothing that can be done about it now. I think the Prime Minister rushed his decision. I was hoping that he would let the new ones observe because they are still learning. I think some older heads who are in their second terms deserved a chance.

I strongly support the government and I support Tuilaepa’s decision. Not everyone will be happy but that’s life. I’m more interested in who will become the Associate Minsiters knowing that some very senior people missed out on the portfolios.

I don’t really know who the Cabinet ministers are. But I know that we are still in good hands. I know the Prime Minister would have had his reasons and that’s wonderful. I fully support the government with their decision making and to me it doesn’t really matter who is a Cabinet Minister, as long as they do their job and dot it well.

I am happy with the Ministers that have been chosen. I am glad that Fiame is now the Deputy Prime Minister. I know the Prime Minister was confident in his decision. It is a calling from God for them. I can see that they can do the job. I am happy to see that many of them have the experience, the knowledge and the courage to lead Samoa into a better future.

It’s an interesting selection I think. I pity the old ones who have returned. It would be hard for them to accept the decision. I think the new people should have been rested while the more seasoned politicians are given a go. But then I think Tuilaepa knows what he is doing so I’m happy. Good selection.

I am very excited about the Cabinet Ministers we now have. The only person that I was hoping would become a minister has now been chosen by the Prime Minister. Sili Epa was also my pick for the Ministry of Finance. I knew he would be better. Even though my Member of Parliament was not given a portfolio, I am very happy with our ministers that have already been announced and sworn in. 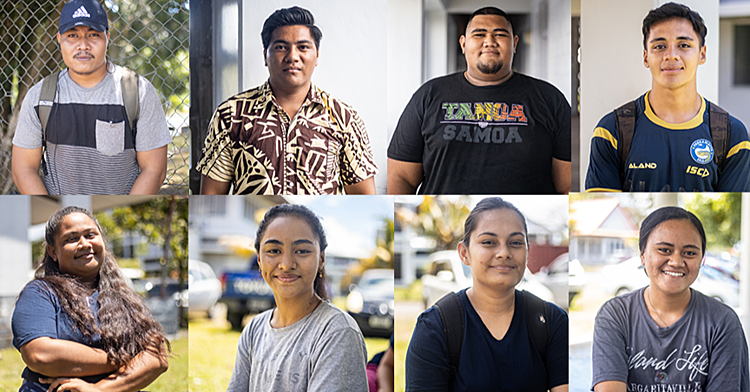 The abandoning of Daylight Savings last Sunday caused confusion around Samoa as people knew that the policy had been abolished. Reporter Bethel Peato Ale and Photographer Anetone Sagaga asked the Public for their reaction: