Lupesoliai Parker gets the support

It’s signed and sealed. Samoa’s Lupesoliai La’auliolemalietoa Joseph Parker will take on Anthony Joshua in what will be the biggest fight of his life. The fight will take place in Cardiff Wales on 31 March 2018. Do you think Lupesoliai is ready for the fight? We asked in today’s Street Talk and this is what people said:

I think Joseph Parker has been fighting for so long, and he hasn’t lost any of his professional career fights. I was having a talk with my mates in my village last night about the same issue, and they said that Joseph Parker doesn’t have that killer instinct punch like what David Tua had to knockout Anthony Joshua. Anthony Joshua is very good and fast like how Mike Tyson fights. If the fight reaches the last round, then Joseph Parker will definitely win the fight. I’m going for Parker.

Parker is ready. He has been undefeated and you don’t have a record like that for no reason. He has not lost any fight because he is good. Anthony Joshua is tough but he can be defeated if Parker is on his game. If Parker maintains his fitness level from his previous fights, I am sure he will do the job for this fight as well. I am 100% behind Parker, that he will win this fight. Parker is a Samoa and I am sure the Samoa blood in him is boiling to win this fight.

I am confident that Joseph Parker can deliver the job with this fight against Anthony Joshua. The last time I saw Joseph Parker when he was here in Samoa for Christmas, he looked fit and strong and I think he had been preparing for this fight.

Parker has been fighting for so long too and I’m pretty sure there is a reason why he didn’t lose any of his previous fights; he is the Champion for a reason. So to me, I am sure and confident that our boy Joseph Parker will win this fight for Samoa.

I hope he is ready. He really needs to get fit to fight against someone like Anthony Joshua who has been knocking people out. For every sport, it is important to get fit, because if we’re not fit, foul play will eventually come up. I saw the fight of Joshua against Klitschko and to me that was a mean fight when both fighters equally contested that fight. I’m proud of Parker and I hope he is ready because this is a big step up for him.

Parker all the way. Anthony Joshua is tough and he’s the favourite but that’s okay. If Parker sticks to his strength and fights well, he has a great chance.  I remember when David Tua was gearing up for his title fight, with all the stories going around, even when Le’apai came and we all praised them.

I have nothing against these heroes but my point is that, we have to pray for them but not praise them. We will get the result after and that will be the reason to celebrate.

To me it’s a really hard fight for Parker, and I am supporting him no matter what. But I believe he will put out a great fight. ‘Ou mama na’. 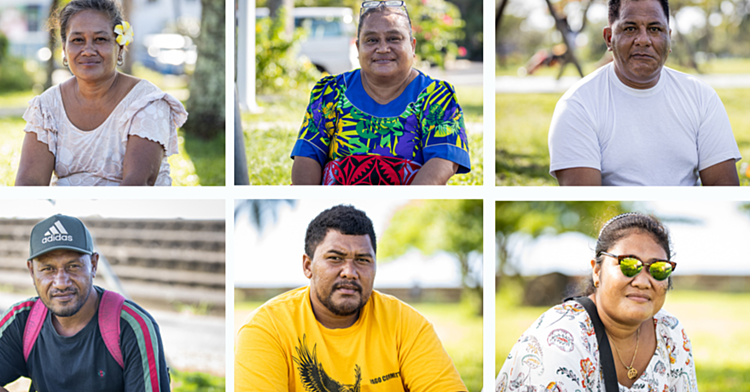 Should the man who was unlawfully detained be compensated?

STREET TALK: Should compensation be given to a man who was unlawfully detained for over four years? In today's Street Talk, Reporter Marc Membrere and Photographer Francis Fa'alili asked the public and this is what they said: