New Zealand Prime Minister Jacinda Ardern is standing by her country’s immigration laws requiring Samoans to go through a stringent screening process to obtain a visa to visit New Zealand. This is despite the two countries sharing a Treaty of Friendship. Do you think this is fair? Reporter, Nefertiti Matatia, asked the public in today’s Street Talk and this is what they said:

I have been village mayor for three years and this is an issue that is raised by the people all the time. People raising their concerns that there should not be any visas, they always question why we have to apply for a visa and the people who come into our country do not do that. Whenever I think about it, if the people from overseas travel here to Samoa for a holiday without a visa, then it should be the same for us Samoans when we travel. I think there should be changes made so it will be much easier for people to travel around. There are some people who wait for a very long time for their visa and it never comes. I have lived in New Zealand for 10 years and I have worked there too, but I have decided to move back and to look after my mother who has now passed away. I now have a family and children, which is why I have stayed here permanently. In my own understanding, it is a very long process that we have to undergo. There is no place in the world that is cheap, everything is costly whether we like it or not. Samoa in my own understanding is one of the richest countries there is. if we use our resources wisely, but it is just the people do not work.

It is time for the New Zealand Government to rethink their decision and allow our people to travel directly to N.Z. The cost of living has become unaffordable for most people in our country. There is a lot of money spent on visas, but we also need to pay for our fares as well. This is my own opinion, since I am one of the people who live here and we struggle to apply. There is also so much paper work that needs to be done before getting on a plane. I hope there is another way or something else that we could do so that the people will not be able to go through this long process. I have travelled before and I understand the amount of money that has to be spent on visas, we need to take passport photos as well, which is all part of the visa application. There are certain cases where I have lost my birth certificate and then I would have to replace it and also costs money. It will be helpful if there was no visa needed anymore.

I hope New Zealand will understand the struggle that we face.  We were also under their administration back in the time. I am begging the Government of New Zealand to please not carry on with their immigration policy because there is so much money spent on getting one person to travel to their country. There are some cases that have happened in the past where our visas get declined and when we ask for our money to be refunded, they say that we cannot get it back. So for me, that is a great loss. There are some of people who just want to go for a trip and not stay permanently, they just want to see what it looks like there and return to Samoa. The New Zealand Government should trust us because we have known each other for a very long time and we have a history together.

The Government of New Zealand should reconsider the immigration policy that they have. I know that they believe the policy they have created helps the people of Samoa, but I am one of those people who are still waiting. I keep on applying for a visa because I want to have an experience of better opportunities abroad for me and my small family, but the process is very long. There are so many of us who are still waiting. Some families that have moved overseas have to stay there for quite some time to get the citizenship. There are times when we have family commitments such as funerals that we want to come back to Samoa for, but we cannot. We have to stay there because we just arrived. They should really consider opening the doors for each person in Samoa, it will help them a lot and I know that for sure.

I disagree with New Zealand’s immigration policy because when they travel to Samoa, they don’t require a visa. For the people of Samoa, they need to pay for visas to be able to travel to New Zealand. This is the same case if Samoan citizens travel to American Samoa; they need to have a permit in order for them to go to their country. I believe if we are going to have people apply for visas, the number of tourists who travel to Samoa will decrease, so it is best that we don’t do that. 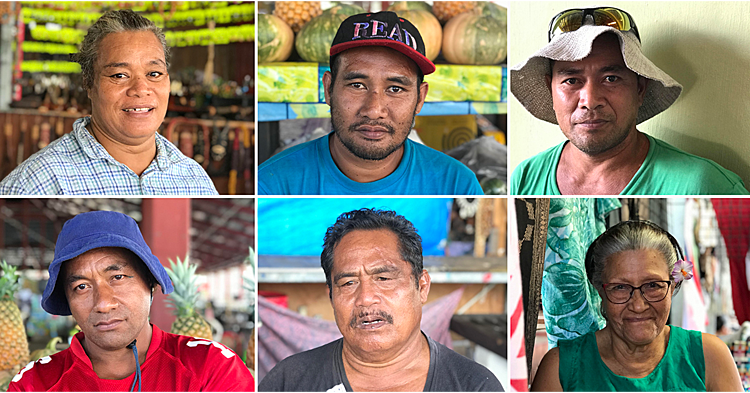