Sir Harold Evans, a man who will be remembered as perhaps the greatest newspaper editor of the 20th Century, has died at the age of 92.

Evans was the editor of the Sunday Times for 14 years, a period widely recognised as that newspaper’s greatest.

His editorship produced some of the most memorable scoops in the history of journalism, including that a morning sickness drug thalidomide was causing the horrible birth defects.

Evans took on the drug’s manufacturers, including in the English and European courts, where he won the right to report on civil cases

His newspaper's reporting led to compensation to the many thousands of children and families affected by the drug.

They were eventually awarded compensation which, in today’s money, would be worth GBP£138 million (or more than $430 million tala).

Evans was not just a hero to journalists but quick to criticise those who had acted unethically.

Almost 40 years after the thalidomide investigation broke, Evans was named one of the International Press Institute's 50 press heroes of the 20th Century.

A decade later, he was chosen to speak at a gala event in Vienna to represent his fellow honourees.

They included the Washington Post's Katharine Graham (the subject of the Hollywood blockbuster ‘The Post’ starring Tom Hanks, Meryll Streep and directed by Steven Speilberg) and this newspaper’s editor-in-chief: Gatoaitele Savea Sano Malifa.

“We meet tonight in pride and sadness,” Evans said in recognising those on the list but also the struggle many had to endure to see that the truth would come out.

“Every time a journalist is harassed to reveal a source, he should reflect on the ordeals of Samoa's Savea Sano Malifa who never would yield.”

Gatoaitele was previously assaulted in response to his stories and suffered several legal challenges, similar to Evans’ own, since the newspaper’s establishment in 1978.

Harold Matthew Evans was born on 28 June 1928 in Eccles, in the northwest of England. His father was a train driver father and his mother ran a shop in the family home.

Young Harold studied at the business school of St. Mary’s Central Manchester where he studied for a year to learn Pittman’s shorthand - a skill for young journalists.

After being conscripted into the army after World War II he entered Durham University.

Upon his return from a Commonwealth scholarship to study in America he became for the first time an editor at the regional newspaper, the Northern Echo.

Even at his earliest start , he made his mark for uncovering truths. Evans’ Echo secured a pardon for a man who was wrongfully hanged and an investigation found was not guilty, Timothy Evans.

A start on Fleet Street

In 1966 his big break came when he joined the Sunday Times.

His rise was remarkable in its speed. After initially being hired as an assistant to the editor he was made the newspaper’s editor when the title changed hands the next year.

The work of the newspaper team under Evans’ editorship was famous for its legendary investigations including that Kim Philby, a British intelligence officer, was acting as a double agent at the peak of the Cold War and passing secrets to Moscow.

'Broken within a year'

But by 1981 the Australian press baron, Rupert Murdoch, acquired the publication and its sister weekday paper, The Times, in controversial circumstances.

It was later revealed that Thatcher allowed Murdoch to acquire the paper if Murdoch promised favourable coverage in return.

Murdoch made Evans the editor of The Times but soon discovered he did not appreciate the owner’s interference in the titles. 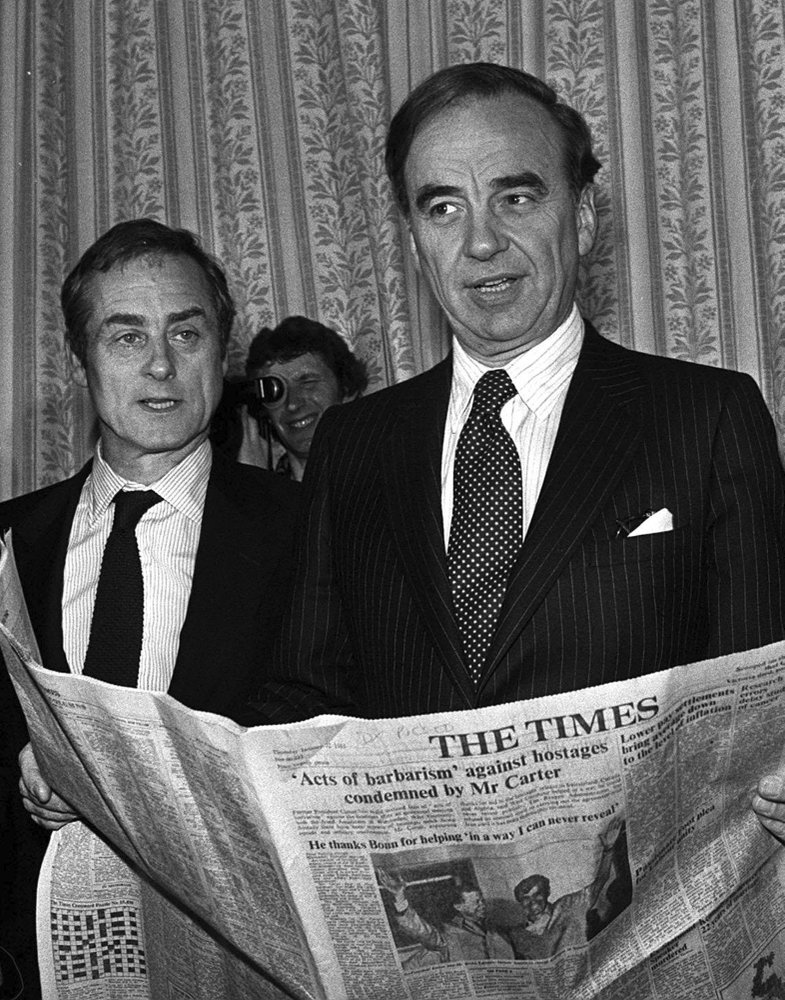 “He broke them all within a year,” Evans later said of his new proprietor.

Disputes between Evans and his newspaper’s owner led to his sacking just one year later.

A second chapter in America

He continued a career in letters in America where he lived in a sort of exile, remarrying and switching between newspapers, magazines, and book publishing.

She said on Twitter that her husband was "the most magical of men" and had been her “soulmate for 39 years".

He worked for the left-leaning New York Daily News and the US News and World Report, which was then one of the country’s leading news magazines.

Between 1990 and 1997 Evans was the President of Random House, where he signed and edited legendary authors including the then-unknown Barack Obama.

A legacy of truth-telling

But it was his investigative work for which Evans will be remembered.

“All I tried to do – all I hoped to do – was to shed a little light,” Evans said in an interview with the Independent in 2014. “And if that light grew weeds, we’d have to try and pull them up.”

Gatoaitele said: “Sir Harold was everything that a great editor should be: uncompromising in his principles; unwavering in his courage; and dedicated, always, to seeing that the truth wins out”.

Alan Rusbridger, the former editor of the Guardian, said he was a "master craftsman of journalism" who "was the editor we all wanted to be".

Evans is survived by his wife, Tina, and their daughter, Isabel and son George; and by his son, Michael, and two daughters, Ruth and Kate, from his first marriage.