WASHINGTON (AP) — Not two weeks ago, President Donald Trump wagged his finger at a Republican senator and scolded him for being "afraid of the NRA," declaring that he would stand up to the powerful gun lobby and finally get results on quelling gun violence following last month's Florida school shooting.

On Monday, Trump struck a very different tone as he backpedaled from his earlier demands for sweeping reforms and bowed to Washington reality. The president, who recently advocated increasing the minimum age to purchase an assault weapon to 21, tweeted that he's "watching court cases and rulings" on the issue, adding that there is "not much political support (to put it mildly)."

Over the weekend, the White House released a limited plan to combat school shootings that leaves the question of arming teachers to states and local communities and sends the age issue to a commission for review. Just two days earlier, Trump had mocked commissions as something of a dead end while talking about the opioid epidemic. "We can't just keep setting up blue-ribbon committees," he said, adding that all they do is "talk, talk, talk."

Seventeen people were killed in last month's shooting at Marjory Stoneman Douglas High School in Parkland, Florida, prompting a national conversation about gun laws, fierce advocacy for stronger gun control from surviving students and, initially, a move from Trump to buck his allies at the National Rifle Association.

In a televised meeting with lawmakers on Feb. 28, Trump praised members of the gun lobby as "great patriots" but declared "that doesn't mean we have to agree on everything. It doesn't make sense that I have to wait until I'm 21 to get a handgun, but I can get this weapon at 18."

He then turned toward Sen. Pat Toomey, R-Pennsylvania, and questioned why previous gun control legislation did not include that provision.

"You know why?" said Trump, answering his own question. "Because you're afraid of the NRA, right? Ha ha."

His words rattled some Republicans in Congress and sparked hope among some gun control advocates that, unlike after so many previous mass shootings, meaningful regulations would be enacted. But Trump appeared to foreshadow his change of heart with a tweet the very next night.

"Good (Great) meeting in the Oval Office tonight with the NRA!" the president wrote.

White House aides said Monday the president was focusing on achievable options, after facing significant opposition from lawmakers on a more comprehensive approach. Trump will back two modest pieces of legislation, and the administration pledged to help states pay for firearms training for teachers.

Seemingly on the defensive after his about-face, Trump tweeted Monday of the age limit that "States are making this decision. Things are moving rapidly on this, but not much political support (to put it mildly)."

Democrats and gun control advocates were quick to pounce, with Sen. Richard Blumenthal, D-Conn., tweeting that Trump "couldn't even summon the political courage to propose raising the age limit on firearm purchases - despite repeated promises to support such a step at a meeting with lawmakers."

Television personality Geraldo Rivera — who had urged the president to consider tougher age limits during a dinner at Trump's Florida club — tweeted that Trump had "blinked in face of ferocious opposition from #NRA."

Still, Trump argued that this was progress.

"Very strong improvement and strengthening of background checks will be fully backed by White House," he tweeted. He added that an effort to bar bump stock devices was coming and that "Highly trained expert teachers will be allowed to conceal carry, subject to State Law. Armed guards OK, deterrent!"

Without strong advocacy from the White House, an ambitious gun package was unlikely to even get off the ground, given most Republicans' opposition to any new restrictions. The two measures backed by Trump — an effort to strengthen the federal background check system and an anti-school violence grant program — both enjoy bipartisan support, though some Republicans object and many Democrats say they are insufficient.

Trump drew some Republican backing, with Sen. Orrin Hatch of Utah, who wrote the school safety bill, tweeting he was "grateful" for the White House backing and calling the measure "the best first step we can take" to make students safer.

No deadline was set for recommendations from Trump's planned commission, but officials expected them within a year.

Trump convened a series of listening sessions in the weeks after the massacre. In televised meetings with lawmakers, school shooting survivors and families of victims, Trump made a strong case for arming teachers and for increasing the age for purchasing long guns.

"I mean, so they buy a revolver — a handgun — they buy at the age of 21. And yet these other weapons that we talk about ... they're allowed to buy them at 18. So how does that make sense?" he told school officials last month. "We're going to work on getting the age up to 21 instead of 18."

But Trump has also spoken repeatedly in recent weeks with leaders of the NRA, which considers increasing the age of purchase to be an attack on the Second Amendment. The NRA on Friday sued Florida over a new gun law signed by Republican Gov. Rick Scott that bans the purchase of firearms by anyone under the age of 21. 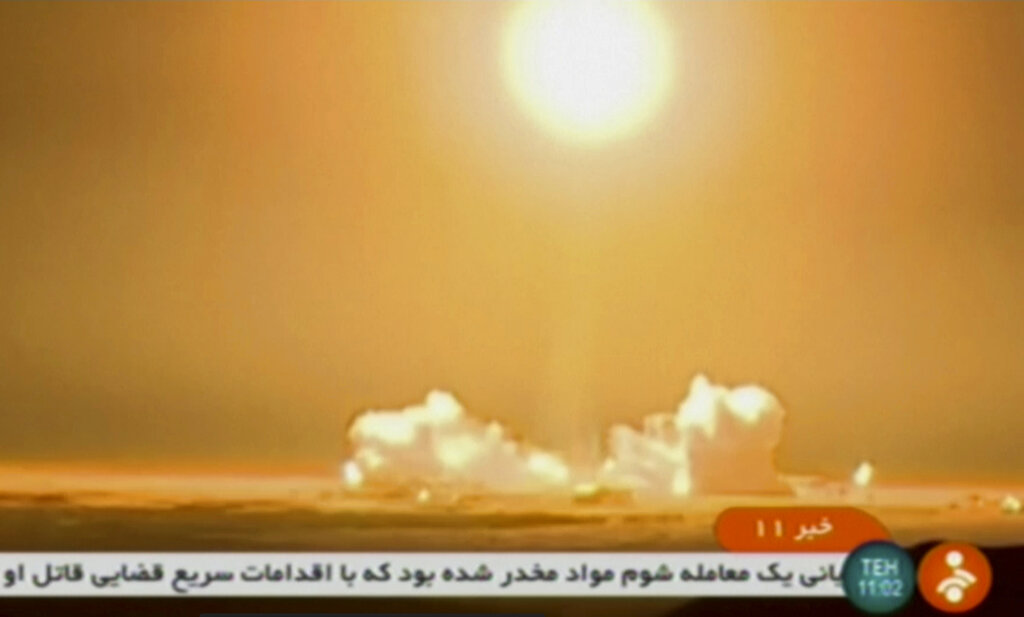