Sports
The big screen at Twickenham showing the Manu Samoa singing their national anthem with the scoreboard indicating an England and Republic of South Africa scorecard. (Photo: The Legend of Marty Banks)

A scheduled clash between the Barbarians and the Manu Samoa at London's Twickenham stadium has been called off less than two hours before kick-off after four players in the home team tested positive for COVID-19.

The British Rugby Football Union revealed that four players and two members of staff had tested positive for the virus saying the game could not continue.

"Due to six confirmed Covid-19 cases in the Barbarian's men's team (four players and two members of staff), the Professional Game Testing Oversight Group has advised that the fixture scheduled to be played against Samoa at 2.30pm today is unable to proceed," a statement from the Union read.

"We appreciate that this is an extremely disappointing situation for the many fans due to attend, but the safety of all members of both teams is our priority."

The Barbarians are an invitational side composed of international players including from Scotland, South Africa and Australia. 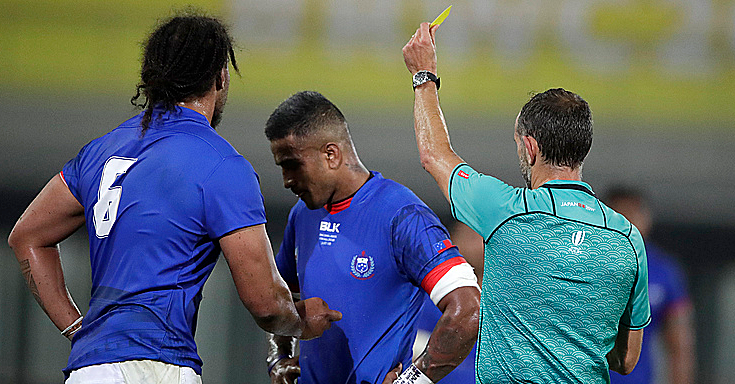