The Lona Youth Volleyball Club of Fagaloa is confident of its chances at this year’s Teuila volleyball tournament, following its success in the Samoa Volleyball Inc. National Volleyball League.

The team has set its sights on the Open Men’s Vailima Teuila Volleyball Tournament after their triumph last month over Supakako.

The Head Coach of Lona Youth Volleyball Club, Reverend Siaosi Samoa, said his team is looking to claim this year’s tournament as their team bowed out in the knockout stages of last year’s Teuila tournament.

“We are making it our main objective to reach the finale and try to claim the coveted title of the annual Teuila tournament; we desperately want this title not only for ourselves but for our supporters and our beloved village of Fagaloa,” he said.

In the teams’ first match last month against Supakako Volleyball Club, the Fagaloa team was tenacious with their jump serves and looked formidable in defense, leaving the Supakako front-row attackers frustrated as they struggled to score due to their rival’s blockers.

According to Coach Rev. Siaosi Samoa, they worked hard in their training regime for the past few weeks leading up to the Teuila volleyball competition, particularly with their serves and defense.

“We know that the serve is a basic skill in volleyball but we wanted to make that specific area of the game our ultimate weapon,” he said.

“If we can score consecutively with our serves we can distract the opponent's offense.

“The server's goal is to make a tactical serve which increases chances for our defense to stop the opponent's offense.”

Speaking on the first day of the tournament, the Volleyball Samoa Federation Inc. President, Leute Mataipule conveyed her heartfelt gratitude to the major sponsor of the competition, Vailima Breweries for making the event a reality.

"We have to present our awards based on the money we collected for registration and oftentimes we have to cut awards due to financial restraints, so I hope this partnership between Vailima Breweries and Volleyball Samoa Federation continues." 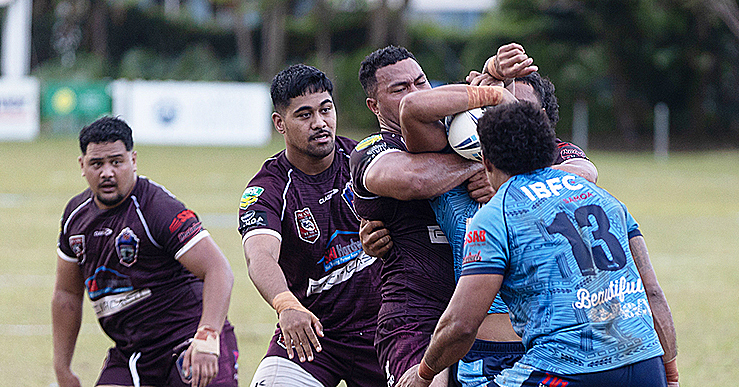 Puleono Blues will take on Tumua Maroons in the decider of the Islands of Origin o...