Support is pouring in for Samoa’s first-ever Olympian sailor, Eroni Leolua, who is days away from competing at the Tokyo Olympic Summer Games.

The Olympic Games's opening ceremony is scheduled to start on 23 July local time.

The Vice Commodore of the Samoa Sailing Association, Raema von Reiche, told the Samoa Observer Eroni Leilua started sailing at the Apia Yacht Club when he was quite young and continued with the hobby when the family moved to New Zealand.

“I was in New Zealand earlier this year to see Eroni and his final preparations leading up to the games if they were going according to plan," she said.

"Eroni had a strict schedule and he wasn't able to have gotten far in his training if it weren't for the support and backing he has received from the strong support network of family, friends, and businesses - including the National Bank of Samoa.

“Eroni has arrived safely in Tokyo and has settled into the athlete camp. I am in frequent communication with him through emails and Whatsapp, as he is alone and needs assistance with the management of racing administrations and registrations."

The Vice Commodore also relayed her sincere thanks to the National Bank of Samoa (N.B.S.) for supporting Eroni Leilua.

“We are so grateful to have N.B.S. onboard supporting Samoa's very first Olympic sailor. N.B.S. is Samoan-owned and operated and they are definitely for Samoa," she said.

“We would like to mention the support of SWIRE Shipping who assisted us with shipping the boat to New Zealand for a fast track his training."

“Sailing is one of Samoa's oldest means of transport across the Pacific, it is one of the first ways our ancestor's trade and export, and it is a sport I feel should get more recognition.

"We are proud to support Samoan Eroni Leilua in making his dreams of competing at the Olympics come true.

“Eroni has been working very hard and is a great role model for our youth, showing that with hard work, discipline, and determination, anything is achievable.

“We will be looking forward to seeing the Samoan flag flying high alongside other countries on the water when he starts his first race on 25th July." 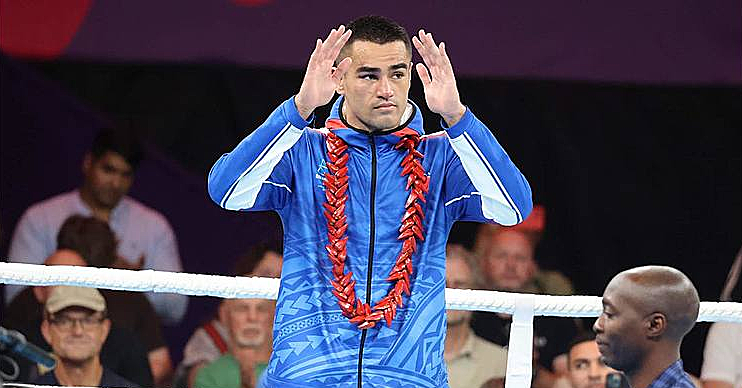 "This is for my family and Samoa": Ato