The final score by the D-Angels, solidifying their dominance in the game. (Photo: Anetone Sagaga)
Samoa Rugby Union
School sports

An intense match between the two teams was made known in the first half when D-Angels was only able to secure two tries from their playmaker Ruhama Mua Enele. Unfortunately, their first-five player was unsuccessful with both attempts, leaving the score 10 - 0. 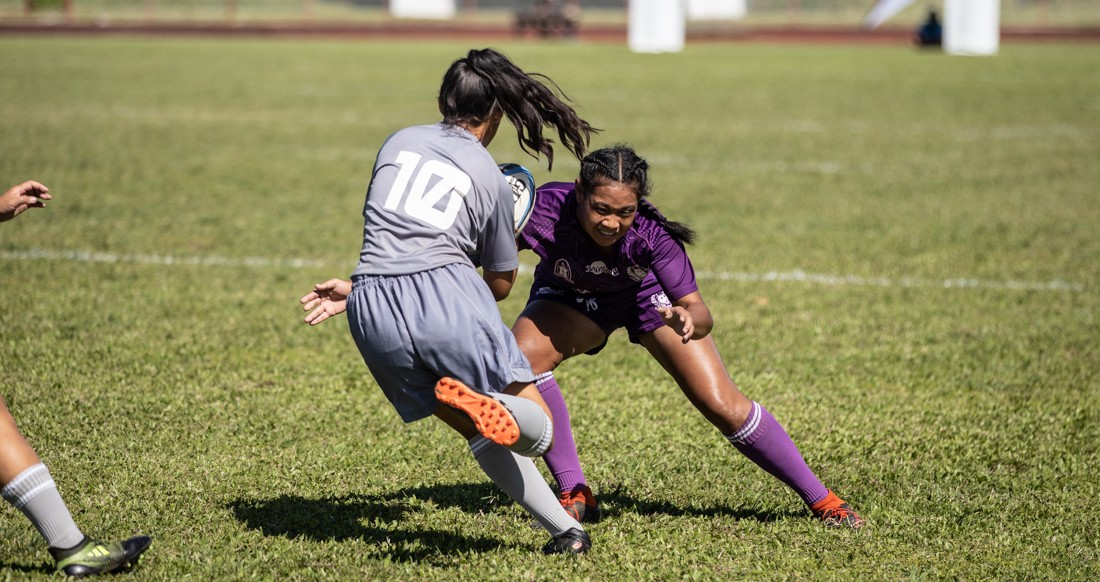 During the second half, an angelic Ruhama Enele secured another two tries with one successful conversion, extending the D-Angels' lead to 22. As for Savaii Queens, they were able to put 7 points on the board from a penalty try, due to a high tackle made by Ese Asovale of D-Angels on the try line.

The final score was a convincing win by the D-Angels against their Savaii Queens rivals, 22-7. 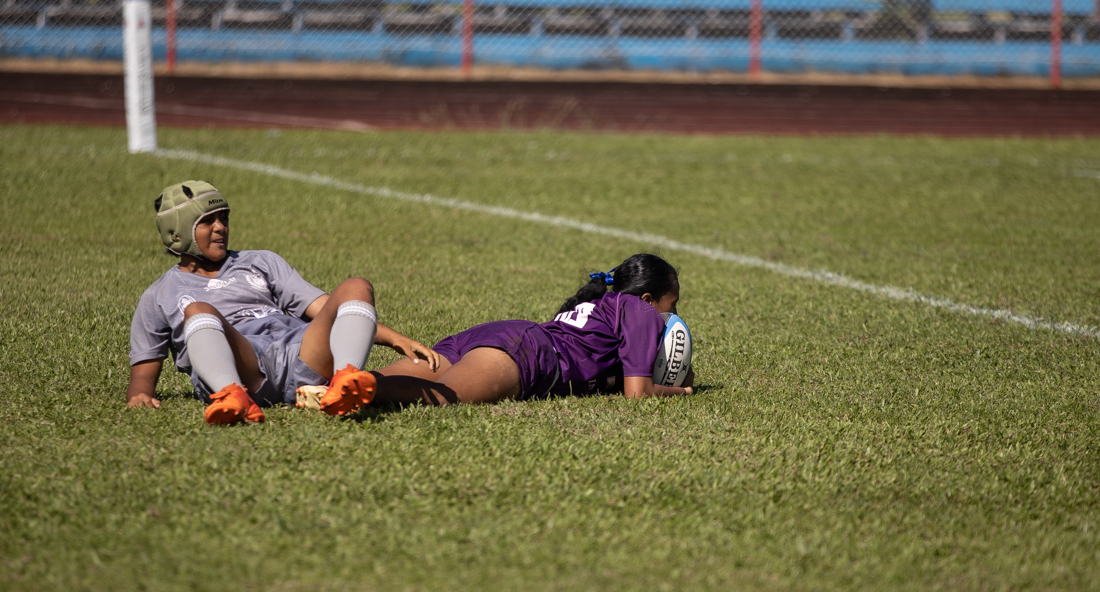 Paulo Aiono, manager of D-Angels and Principal of St Paul VI College, said the team had been preparing for the match and he believes this is a great pathway for girls who are passionate about rugby as the sport itself has a future. 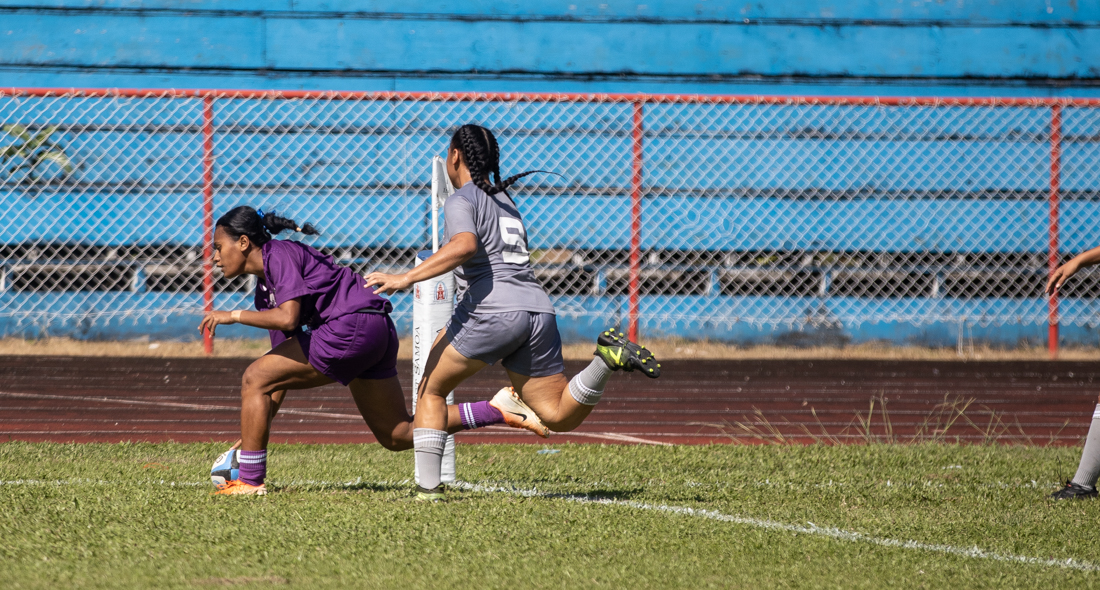 "Our team's name is D-Angels. The D stands for our zone D because we are the combined team for Zone D. And Angels refer to the angels who are representing this team. They are the angels of our zone. And with that D, it simply means "That is the D (difference)," he said laughing. 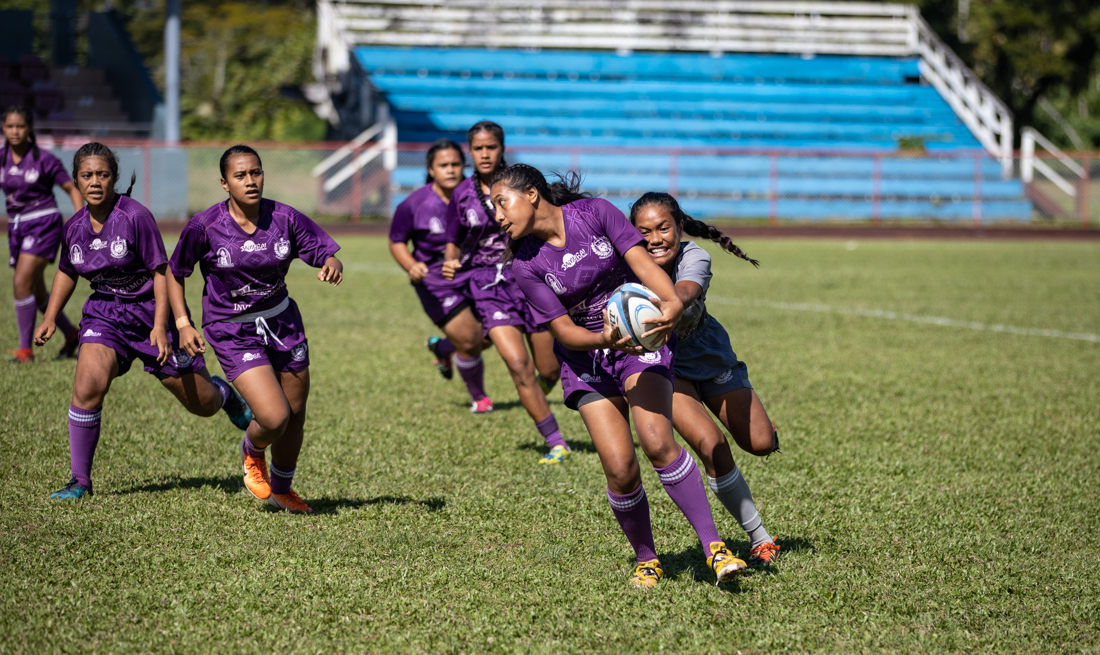 "They have exceeded my expectations, and the girls sure have a future in this sport. Rugby is different from athletics because for athletics when they're done then that's it. But for rugby, we have seen how some of our local boys are now in overseas countries playing for different clubs. Some players are also representing our country through our Manu Sina and Manu Samoa," he said.

Aiono's hope is for the girls in the team to take their talent to the next level. He has seen great potential in them and he believes that they will go places with such talent. 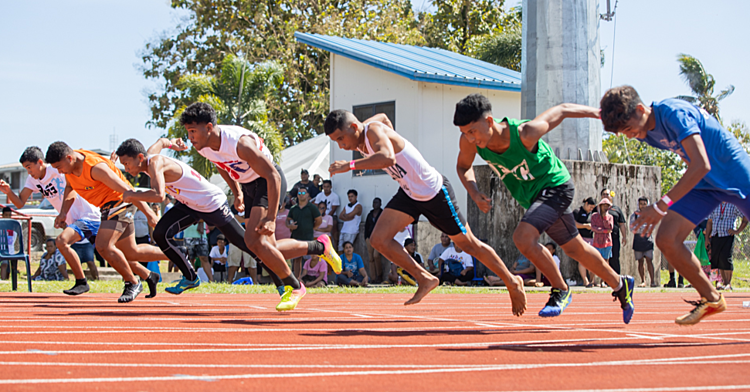