The fourth quarter was intense as Lepa and Lotofaga College had the lead. However, Wesley College was determined to ensure the game didn't slip away and they came back fighting to also secure a spot in the finals. 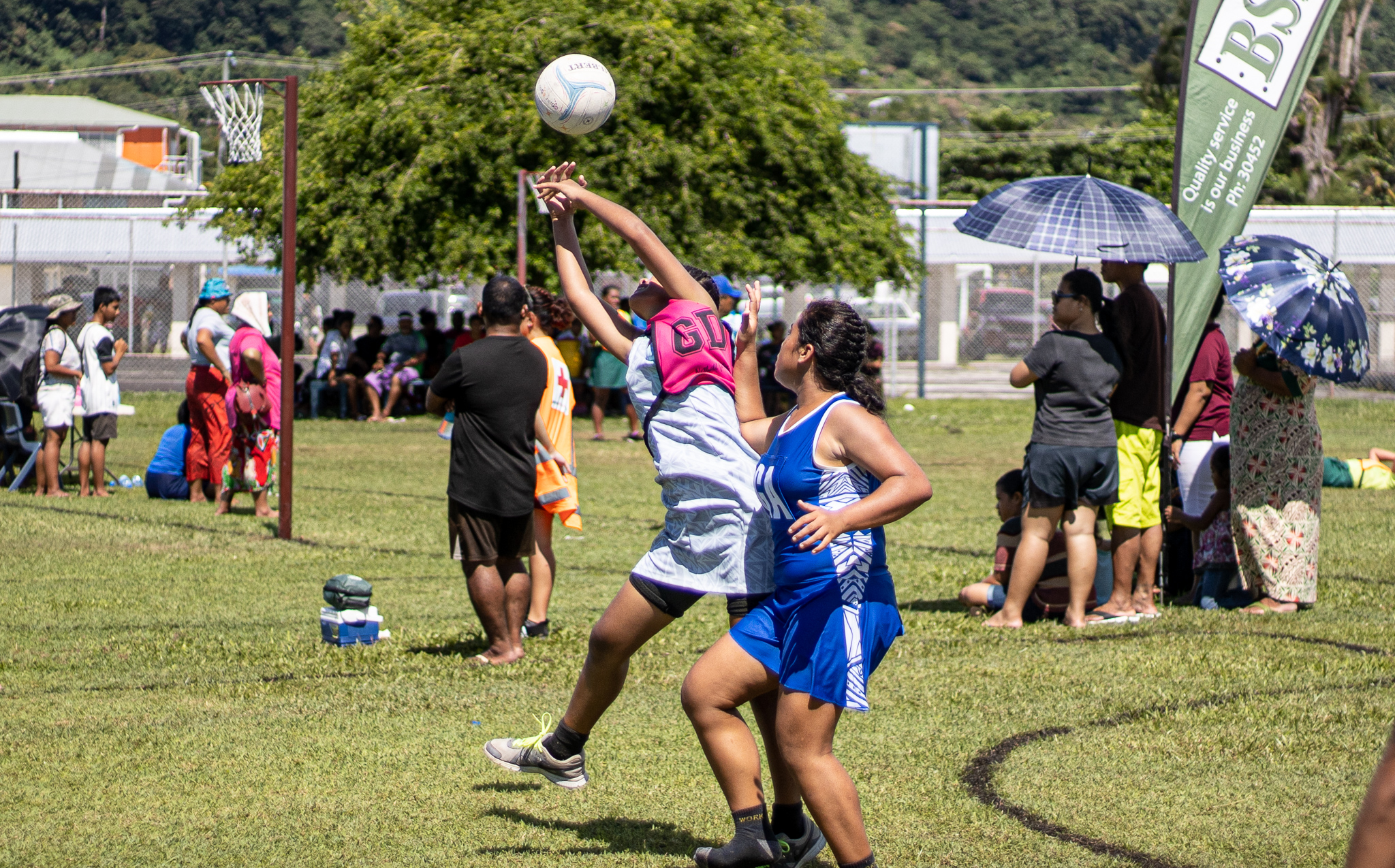 Before the final whistle was blown, Lepa was leading by one point as Wesley College was full on play mode and intercepted a pass from Lepa, to pass it on to their goal-shooter who was waiting under the net and scored to secure two minutes in the dying minutes.

Lepa also tested the patience of the umpire with their wing defence, goal-attack and center given warnings during the break of every quarter.

"We have given a warning to your wing defence and your center player, if they do it again they will be removed from the court." 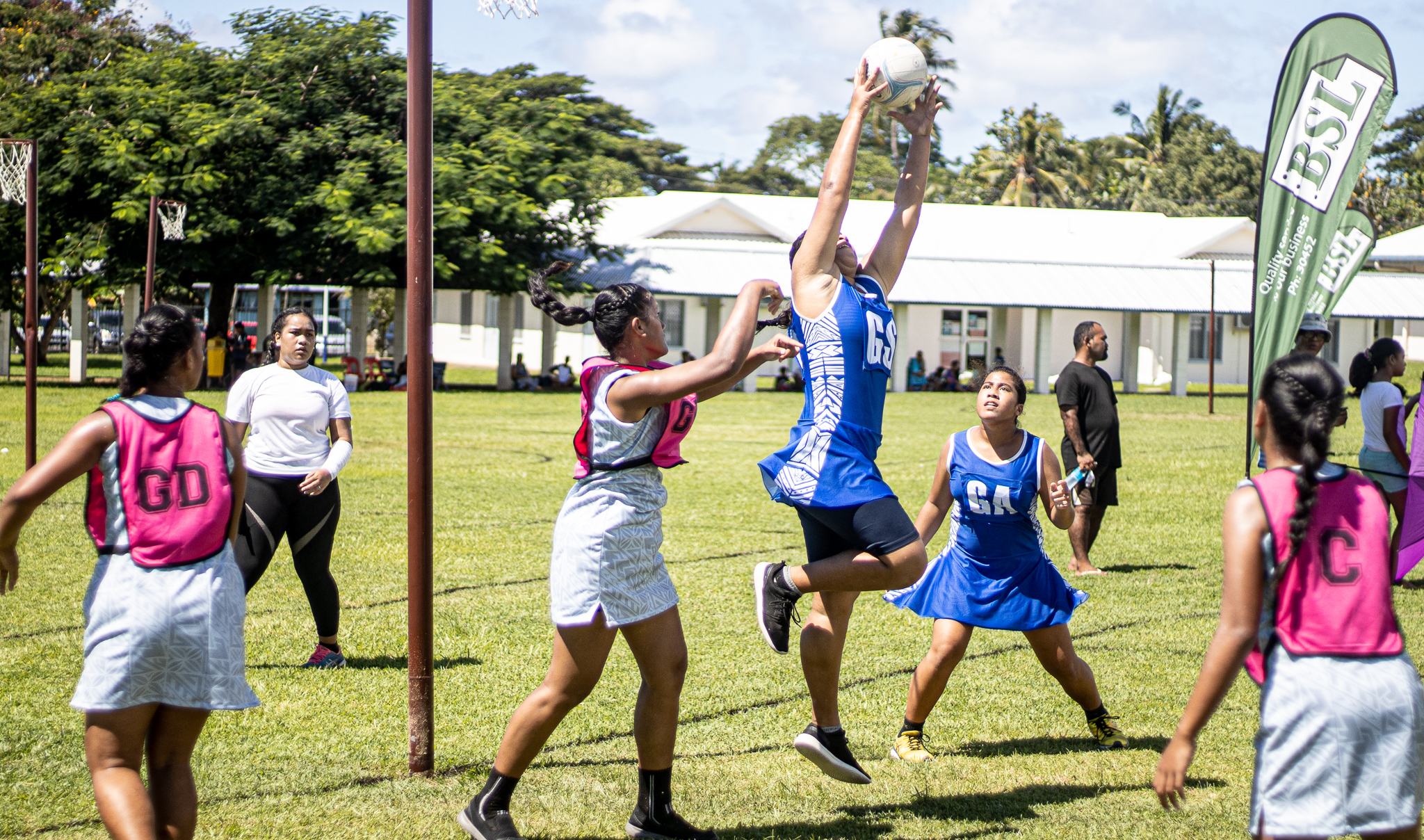 The match was also error-riddled, which led to the umpires stopping to explain the rules to the players on why they were being penalised.

Both schools were warned by the umpires to listen to the whistle and obey the referees in charge.

Other schools who are in other pools were also fighting their way through to secure a spot in the BSL Champ of Champs on Thursday.

Pesega College, St Mary's College, Paul VI College, Samoa College, Robert Louis Stevenson College, Wesley College, Lepa and Lotofaga College, Palauli i Sisifo College, and few others were all present at the netball field on Wednesday to play for a spot in the finals on Thursday. 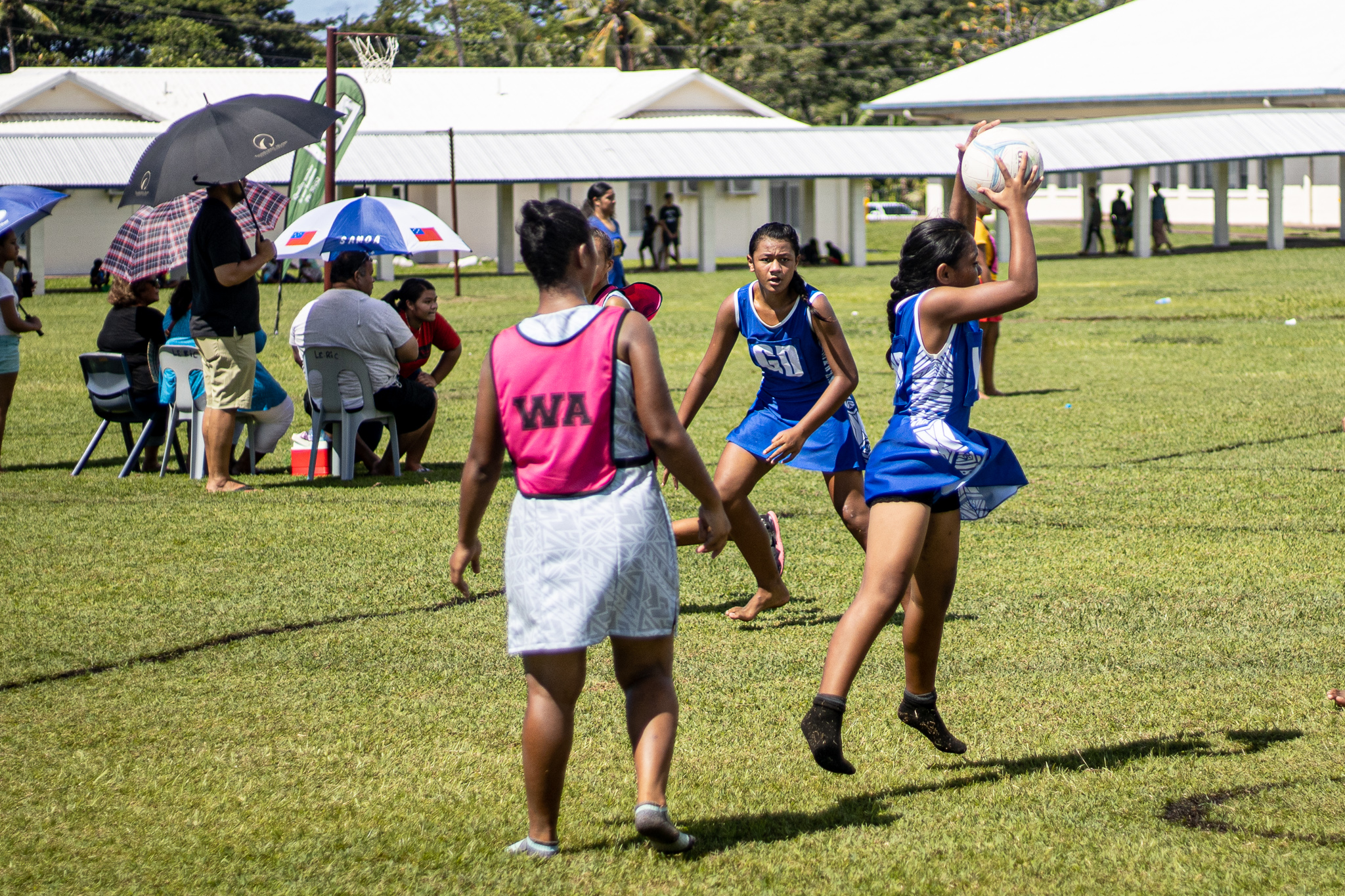 Parents, supporters and teachers were all part of the whole competition with schools bringing their own cheering squad who supported from the sideline.

Despite the heat the girls enjoyed their day with no players getting injured during the games, though personnel from the Red Cross Society also kept a close eye on the tournament.

The schools that have made it to the finals on Thursday are yet to be confirmed. Attempts by Samoa Observer to get a comment from Wesley College and Lepa and Lotofaga College were unsuccessful as of press time.