Lifters are continuing to train and prepare for the I.W.F. Juniors competition (Photo: Vaitogi A. Matafeo)

"We are preparing now for the Juniors World Championships 2021; it'll be held on May 21st, so we have approximately two months of preparations left. It was supposed to be in April but because of COVID-19, they put it back to May," Tuaopepe said.

"At the moment, it's most likely to be held an online live virtual competition, which means we will have it here, we are working closely with our T.V. stations to have it live also in the country.

"The country can watch and cheer on our lifters as we compete for the International Weightlifting Federation (I.W.F.). We have a team of four juniors who have entered. Out of those four, we have three ranked in the top three in the world in the junior ranking." 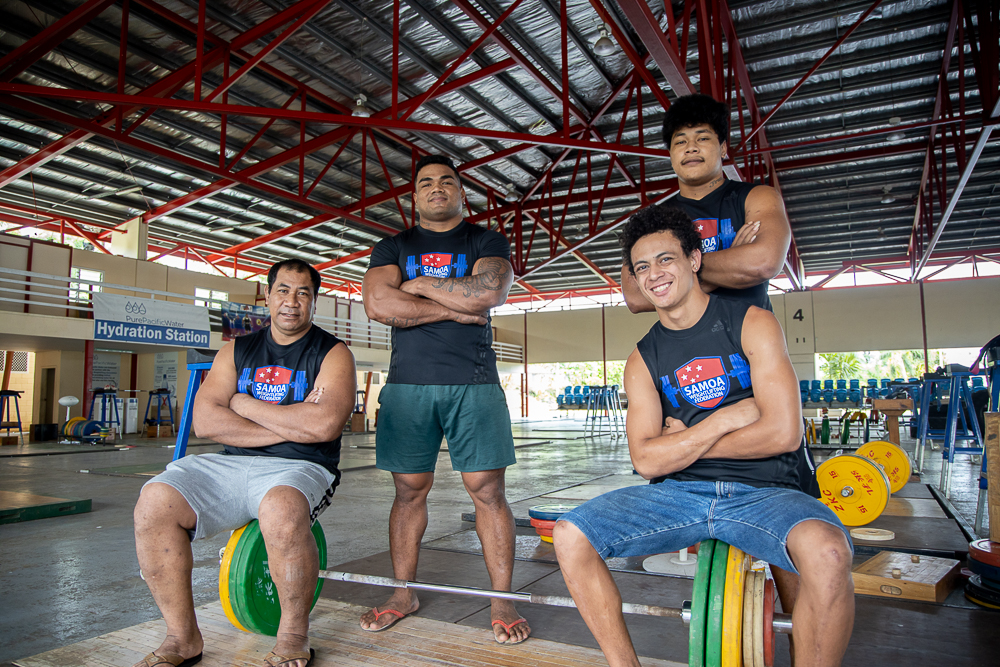 The four members of the S.W.A. Weightlifting team who have entered the tournament are Leotina Petelo, Lesila Fiapule, Jack Opeloge, and John Tafi. Petelo, Fiapule, and Opeloge are all gold medalists. But Mr. Tafi joined the weightlifting team not much more than a year ago.

"[We also] have John Tafi, a young lifter who just come on the last year and a half, but at the moment he is ranked at the top three in the world. So he also has a very good chance of winning.

"We have a lot of hard work cut out for the next eight weeks. We have to perform and we have to work at the highest and try and achieve medals again at Junior's world. We have done it in the past, with Don Opeloge [winning] a gold medal, with Feagaiga Stowers. So we will beat it again this year."

Tuaopepe said they have eight weeks of preparation left. He is confident that they will continue the same performance from the Oceania Online league competition, which the S.W.A. contingent walked away from as winners.

"Online has been very good; we've been very confident, we've been training right through, right up [until] Christmas even now," Tuaopepe said.

"We are still training, twice a day, three times a day.

"We are now building on the online junior world championship and also now they are looking at the Oceania Championships to be held online.

"When that happens we have that, and then we are looking forward to the Olympic Games whether it happens or not, that's another competition we're looking into."

Samoa has two lifters who have qualified for the Tokyo Olympics but the official final list for the contest has not yet been finalised.

"At the moment we are still waiting, the official list will be released sometime in April - May. And I think they are waiting because they are trying to use some of these other competitions to qualify a few more," the President said.

"So, hoping everything goes well, maybe we can qualify another one or two more and have a chance to go to the Olympics.

"But in saying that, we are not sure whether the Olympics is going to go ahead. There's a lot of doubts [...so] all we can do is prepare and train and be ready."