The try by Naama Solomona that sealed it and brought tears for the players. (Photo: Francis Faalili)
Samoa Rugby Union

Schools from Savai'i who journeyed across to Upolu for the Schools Invitational Sevens are not returning empty handed, thanks to the girls from Palauli.

Palauli College won the U-17 Girls 10-aside competition when they defeated Avele College, 5 - 0, at the Apia Park Stadium.

The two schools were unable to secure any points in the first half.

And just when it looked like the match could be heading for extra time with still no score, Naama Solomona of Palauli College had other ideas.

She found a gap in Avele's armour and made a dash for the corner to score the game's only points, 5-0. 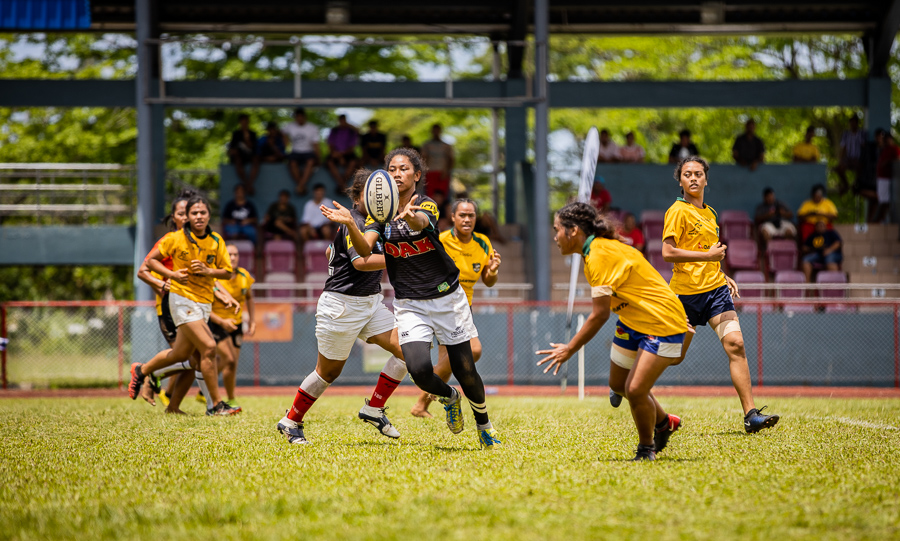 And just how much did the victory mean for the players from Savai'i?

Palauli Coach, Aleluia Toloa I'a, said the players had worked extremely hard for the tournament and for them to return to Savaii with the spoils is a great achievement. 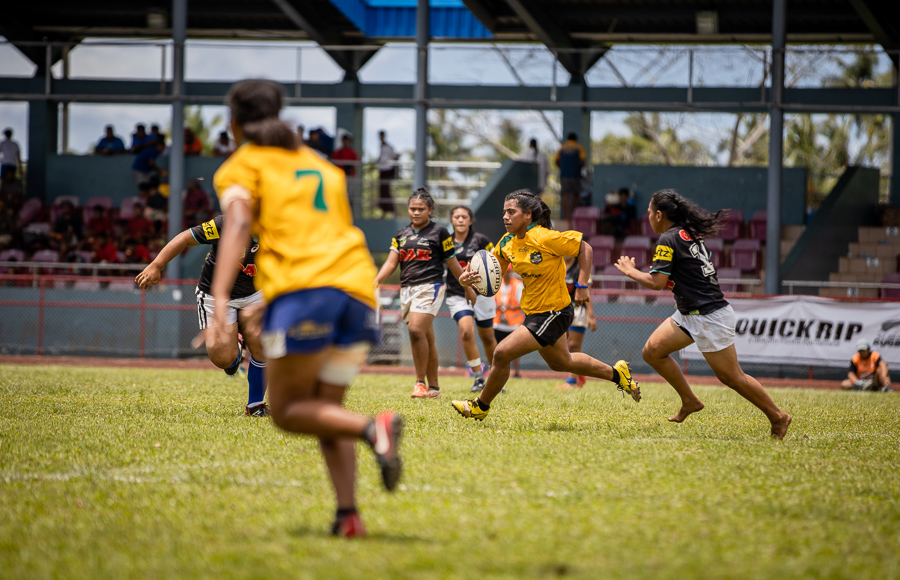 "We are the only Savaii team that made it into the finals," she said.

"I am just very proud of my girls as they were able to get that first place and trophy to give back to our school when we return. Words cannot express how much this win means to us."

She said that her tears represent how happy she is with Palauli College's performance. 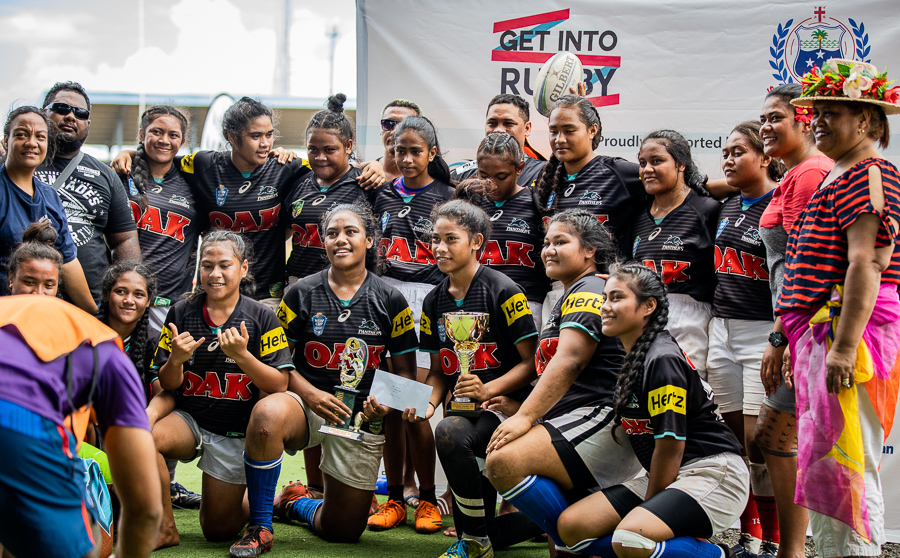 "We were not only representing our school but our whole island as well, even though some of the other schools from Savaii did not make it but at least Palauli's win will cover it all. I am so proud of them," she said.

The Most Valuable Player for this division went to Faaaloalo Autagavaia.